23 November: Blackouts in Ukraine, Russia recognized as a terrorist regime 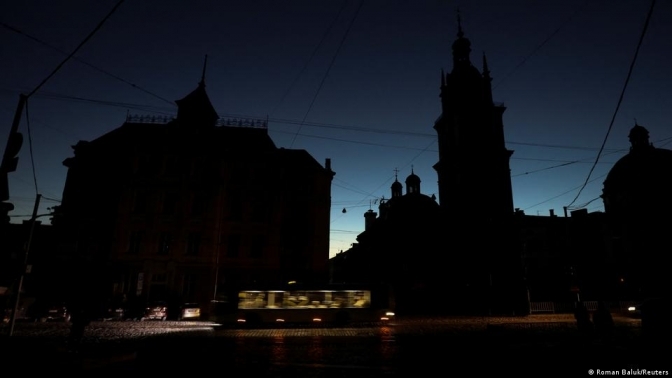 As a result of the enemy attack on November 23, at least ten people were killed

The Russian army carried out a massive missile attack on the entire territory of Ukraine. Due to the attacks of the Russian invaders, almost all of Ukraine remained without electricity, in many regions there are problems with water supply.

All nuclear power plants, most of Ukraine’s TPPs and HPPs were partially de-energized as a result of today’s shelling.

In particular, the power units of the Pivdennoukrainska, Rivne, Khmelnytskyi and Zaporizhzhia NPPs have been completely shut down.

Air defense forces shot down 51 out of 70 cruise missiles and five kamikaze attack drones, according to the command of the Air Forces of the Armed Forces of Ukraine.

As a result of Russian missile strikes on Ukraine on November 23, at least 10 people were killed. This was announced by the Minister of Internal Affairs, Denys Monastyrskyi.

«Russia continues to launch massive missile attacks on the civilian population of Ukraine. Today there are three hits in high-rise buildings. Unfortunately, 10 people died. Only from October 10 to November 23, the Russians launched almost 600 missile attacks on our territory,» he said.

PACE adopted a resolution recognizing Russia as a terrorist regime

The Parliamentary Assembly of the Council of Europe recognized Russia as a terrorist country.

PACE adopted a resolution recognizing Russia as a terrorist regime. This is the first international organization to recognize the Russian Federation as a terrorist state.

Andrii Yermak, the head of the President’s Office, wrote about this on his social media page.

As it became known, the document «Further Escalation of the Russian Federation’s Aggression Against Ukraine» was presented in Strasbourg on October 13 during the session. The main thesis of the document is «this aggression must be unequivocally condemned as a crime in itself, as a violation of international law and as the main threat to international peace and security.»

The resolution was amended to recognize the Russian Federation as a terrorist regime.

«The resolution was adopted unanimously, 99 members of the deputies present in the hall voted for it, 1 abstained,» Andrii Yermak emphasized.

Who exactly abstained and why is currently unknown.