«Emily in Paris», Algorithm Media at Its Cheapest, Mocks Ukraine. How to Resist?

16:43 03 January 2022
Tweet
426 0
Netflix show portrays Kyiv-native as a stupid thief, angering many Ukrainians. Maybe the answer is simply to create better, more honest art instead of hoping others do it for us. 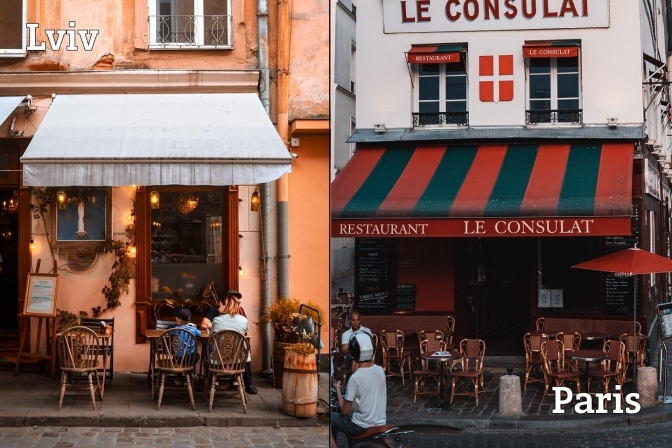 Café society thrives in Lviv, Ukraine, and in Paris.

Lviv, Ukraine – I had never watched or intended to watch Emily in Paris but then last week friends here and many Ukrainians on social media began to complain about an episode of the Netflix show that portrayed a Ukrainian woman as a thief. People were offended, and even Ukraine’s culture minister threatened to sue Netflix.

It all seemed quite serious so I watched the episode in question, an indicator of the maxim that there is rarely such thing as bad publicity if you’re in the business of generating audiences. «Emily» is a young American woman working for a French marketing company. The show mainly steals content from the amazing city and culture of Paris, contributing little in the way of intelligent dialogue and instead relying on excellent scenery and a lively genuinely cool French soundtrack.

Speaking of stealing, in episode four, season two, Emily, still struggling to learn French, is partnered in French class with «Petra,» a woman from Kyiv. The teacher instructs them to hang out around the city while only speaking in French. After Petra says she loves free stuff, they go to a department store together and try on a bunch of clothes. 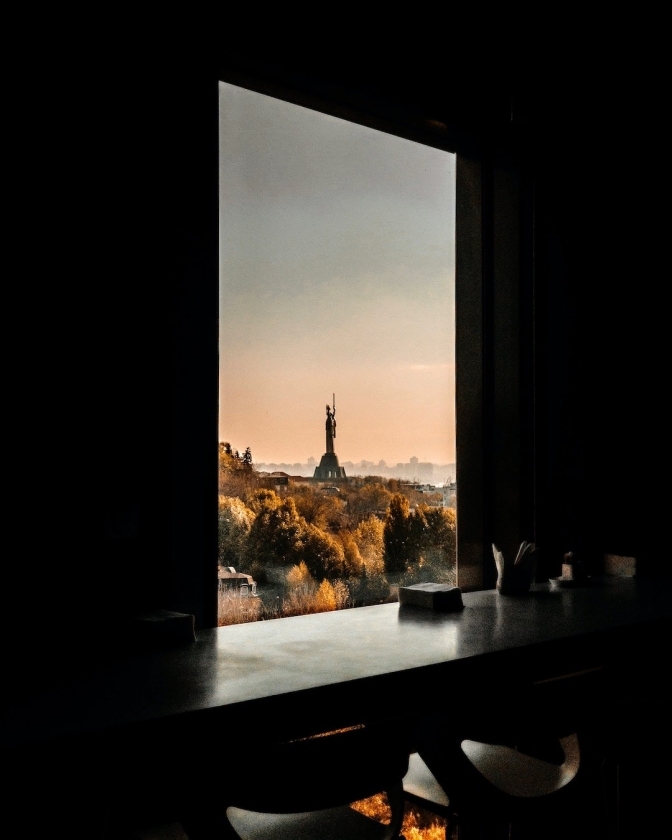 A view of Kyiv | Photo by Kyrylo Kholopkin on Unsplash

Next, we see them walking out of the store, wearing and holding unpurchased clothes. Only once they are outside – somehow unstopped by security – does Emily, mon Dieu, perhaps not the brightest bulb, realize they are stealing the clothes, and she yells at the Ukrainian woman while also taking clothes herself. It is quite simply, stupid and implaussible.

The cheaply-constructed plot, built to steal attention rather than inspire the soul, that of course makes people wonder if the whole point isn’t simply to make Ukraine look bad, with little thought put into it. For starters: «I don’t know a single Ukrainian woman named Petra,» many friends have told me–and neither do I. She is simply a dreamt-up stereotype, not a person or developed character.

«Petra» does speak the Ukrainian language to Emily, as opposed to Russian, which is widely spoken in Kyiv, which seems to reinforce some negative Moscow stereotypes of Ukrainians, not so different from how the English portrayed the Irish for centuries.

Ukrainians are wary of constant negative global headlines in which the largest country in Europe is portrayed as simply a pawn between invading Moscow and the sleepy West. Perhaps they are rightly upset. The country’s cultural minister, journalist ​​Oleksandr Tkachenko, issued a strong statement calling for Netflix to apologize, etc.

Reality is: the show is stupid. Beyond the decoration, the scenery, the music, the show is empty, devoid of ideas, wit, plot, and basic plausibility. Some recent articles praising «Emily in Paris» have called it escapist fantasy, as though it is Rowling or Tolkien-esque master-work. This idea shows just how desperate people are in 2021 for some other reality: Our entertainment today doesn’t have to challenge the mind to get an audience; it’s just junk that we can peer at above our dirty masks; anything is better, it seems than more Omicron-Delta news.

Netflix is spitting out so many shows and films now. They are the masters of algorithms, knowing what people watch, re-watch, perhaps even which scenes they rewatch. There is no need to write good material when you can simply mege plot lines with high quality production – and throw money at having an amazing soundtrack and cinematography.

This is true of the film Don’t Look Up, which is so lazily written: Meryl Streep plays the president of the United States. «May Jesus Christ bless you,’ she says. This is supposed to be a signal that she is Donald Trump, except Trump didn’t talk like that. I’m not sure I ever really heard him talk about Jesus. It’s not smart or smooth; it’s as cheap and crass as that which they seek to mock.

Netflix does the same in The Crown: There are things that I am sure never happened, such as the Queen talking over lunch with twelve people about her sacrosanct meetings with the prime minister. It drives the plot but is it true? It doesn’t matter.

«They destroy all the good serials they have bought,» a friend in Lviv said to me of Netflix. «They take a show, buy it, like La Casa de Papel, then they add their propaganda. It’s still a good show but it’s full of their political propaganda.»

Of course, knowing the unseriousness of these shows, it is silly to hear officials of Europe’s largest geographical country threatening to sue over such a thing. It makes Ukraine seem actually weak.

Hollywood made a TV show that told part of my personal story and it was filled with things that didn’t happen. In fact, after I left the writers’ studio the last time before production, one of the writers told me, «Don’t expect the truth; we’re in the entertainment business» – even though the alleged point of the show was to expose fake news.

But what’s the point of arguing against it? With anger and complaints can we contend against the power, glory, scenes, and soundtracks of Hollywood?

At least the Ukrainian government response had some humor: The culture minister cheekily reminded Netflix they they used the Ukrainian capital, Kyiv, to film «Paris scenes» in The Last Mercenary. 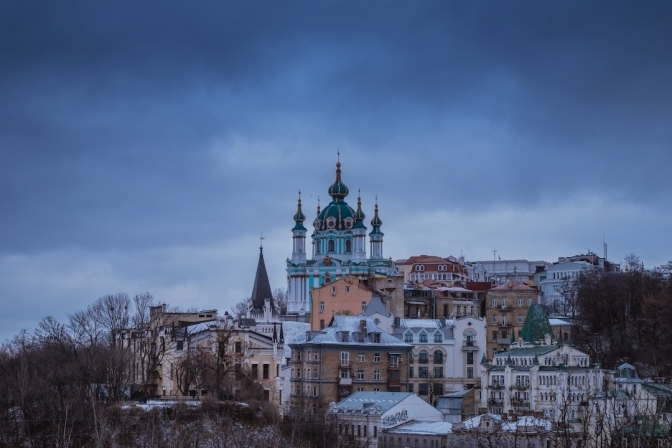 «Netflix is well acquainted with Ukraine, suffice it to say that most of the streets of ‘Paris’ in The Last Mercenary’ were filmed in Kyiv,» he said.

[Incidentally, American Rhodes Scholar Lauren Spohn visited Lviv in October 2021 and saw similarities between the western Ukrainian city of Lviv and the Paris as portrayed in Woody Allen’s film Midnight in Paris.’

The main question: Do we want to continue as pawns, consuming at increasing rates increasingnly dumb content? Or is time, as Spohn says in her essay, to look for new ideas and methods, with a fellowship of creatives?

Here in Ukraine I’ve seen a reawakening of culture, a renaissance since the 2014 Revolution of Dignity. Recalling that dignity, Ukraine simply needs to keep telling its story, with more and more energy, rather than waiting for others to tell it.