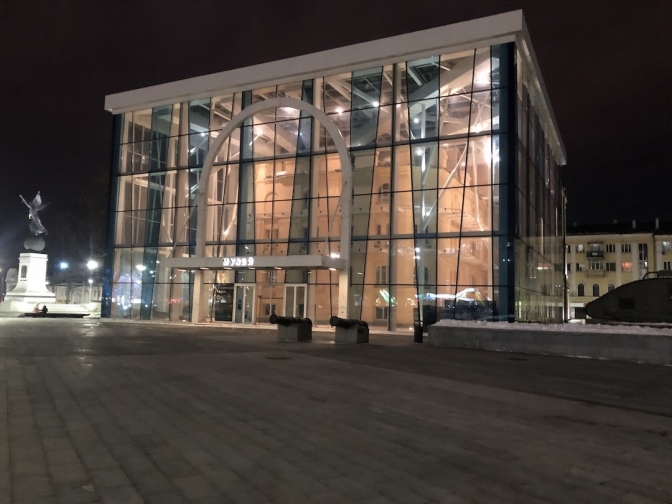 Kharkiv, Ukraine – «Kharkiv is quite an interesting city, it absorbs everyone,» says Ihor Balaka, a real estate businessman and civic leader in this Ukrainian city 20 miles from Russia. Among its 1.4 million people are some 230,000 university students, including 27,000 or so from other countries, he says. And some 47,000 IT specialists, connected to the world, work in this fast-paced city of subway trains,wide boulevards, and busy cafés.

And what’s very clear to Ihor: Even though the people speak Russian, they are Ukrainian–and they are also calm.

Now, the Russian military build-up has put Ukraine in the centre of the global informational space, making it the number one topic with which the Western news programs start and finish. Despite this, Ihor, deputy head of Kharkiv’s European Business Association and an interviewer in the Press Club Kharkiv, says that the media, especially American, don’t show the objective picture of this city. Kharkiv is not under siege–far from it he says.

«We in Kharkiv, both as representatives of the business environment and as ordinary people don’t feel that there is some serious panic.»

Welcoming all with a tolerant, optimistic mentality

Among the people Kharkiv has absorbed those who fled Russian-backed rule, and this has made the city only further committed to being Ukrainian, Ihor says. After Russia took over the Donbas region of Ukraine in 2014, people fled to Kharkiv, a several hours’ drive to the north west. 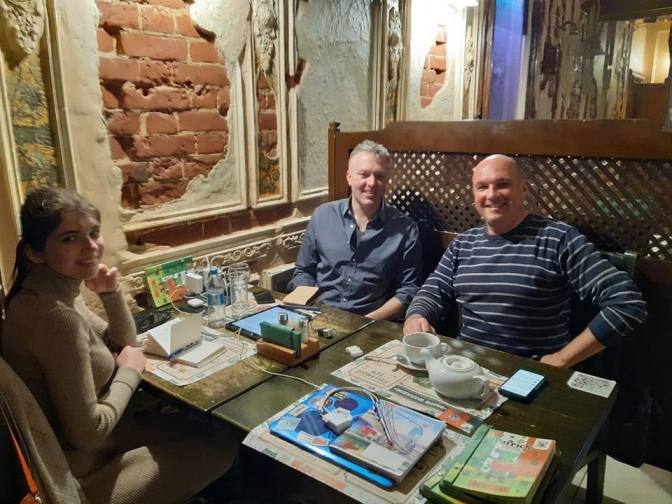 Ihor Balaka speaks to some of the Lviv Now team at Patrick Irish Pub, Kharkiv.

«People came here because of the similar mentality,» Ihor says, referring to a pro-Western, entrepreneurial spirit. «Secondly – it’s the city with great possibilities. Here, the attitude is more tolerant, and Kharkiv is also a commercial city, with a lot of representatives of small and micro-sized businesses who work for themselves and they have seen what the ‘Russian world’ really means.»

Before Russian-backed rebels tried to take the city in 2014, Ihor says, a huge part of the population was sympathetic to Russia, with the firmly established trading and family connections and tourist flows. But after experiencing the beginning of the war and seeing how life in the occupied Donbas and Crimea turned into survival, many residents changed their views. Most radical supporters of Russia left the city.

Ihor says that even though most Kharkiv residents are Russian-speaking, the vast majority of the population is pro-Ukrainian. Generally, the locals claim that it doesn’t matter which language you speak if you are Ukrainian. It’s also common to hear English in the cafes in the evening, which indicates the city’s openness to the world.

A civic awakening, a ‘volunteering city’

In 2014, the city’s business leaders rallied to defend Kharkiv from falling into Russian hands, and this, in keeping with something seen throughout Ukraine during the Revolution of Dignity, awakened civil society.

«The events of 2014 united us, and we felt that we mattered,» Ihor says, adding that now, «Kharkiv is a very volunteering city. For me it was quite shocking that last year, Kharkiv IT Cluster transferred more than 20 million dollars to medicine. That’s more than the official medicine, social support. I see how this situation changed from the 1990s, 2000s, and even with the beginning of the 2010s, when there was a depression and a feeling that nothing depends on you.»

Ihor emphasises the importance of active citizens who managed to protect the city in 2014 and now keep an eye on the local authorities. 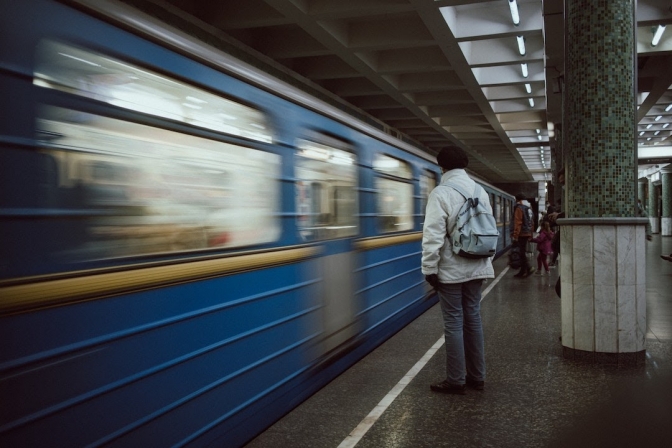 Kharkiv’s metro, one of three such systems in Ukraine | Photo by Anna Hunko on Unsplash

«There are a lot of people who acted the last eight years as public figures, activists, who don’t let officials and government representatives feel too relaxed,» he says. «Now, several people are pushing the representatives of the City Council with questions of where the shelters are, how the territorial defence units would act, what should be completed. So, the initiative goes not only from the top but also from the society.»

According to anecdotes from bank workers, in the past weeks «pretty many people started to withdraw their deposits,» Ihor says, «but otherwise …. the situation is more or less calm.»

The moment of concern, he says, began when Ukraine President Volodymyr Zelenskyi spoke about the possible occupation of Kharkiv, in an interview with the Washington Post.

«This had an extremely negative effect on the investment environment,»Ihor says. «The Western partners and owners of big companies interpreted it as the readiness of the Ukrainian leadership to hand over the city to Russia.

«However, after that, the first, the second press conference took place,» when Zelenskiy stressed calm and emphasized Ukraine’s strength, «so the situation is normal.»

Scenes from a Kharkiv café

Locally the atmosphere is optimistic.

«The main thing is that the mayor [Ihor Terekhov] stated strongly that Kharkiv remains and will be a Ukrainian city, and Russia mustn’t encroach on it. This was a crucial sign for a patriotic component of our city that no ‘agreements’ will take place. So we all are calm, seeing what is going to be next.»

In 2014, the mayor, the late Gennady Kernes briefly sided with Russia before switching sides and helping defend the city from Russian takeover. The situation today is much calmer than 2014, Ihor says.

«Sometimes, [the media] bends the stick. The real situation is a bit incoherent with the picture shown in the news. I assume that I don’t have the information, which is possessed by Pentagon or Central Intelligence Agency, but we don’t see the wave of panic or people fleeing from Kharkiv.» 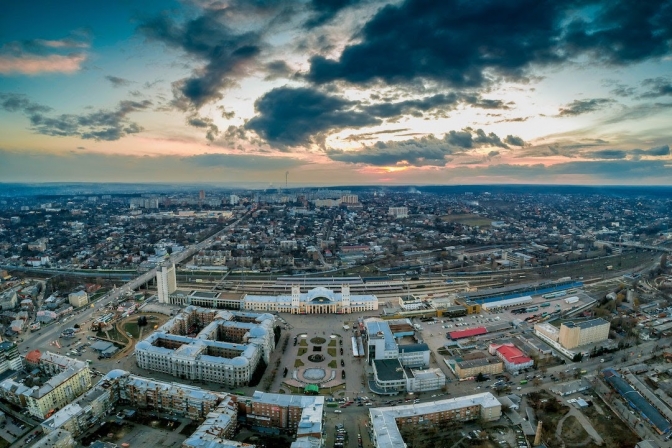 «My company is engaged in real estate sales, including property located abroad,» Ihor says. «And although we see the rising number of people who prefer buying foreign real estate, we still don’t see any signs of significant panic regarding the local sector,» Ihor says.

«We should bring our foreign colleagues here and show them that tanks are not going along our streets, that there are a lot of friendly people here, beautiful girls,» he says. «Recently, even colleagues from Odesa came here and said that it’s hard to recognise Kharkiv, it’s a very pro-European city now. So probably, the main task for Kharkiv residents is to make the foreign guests come here, that they can see our city, take a rest, walk in the parks and on the streets, and see that the city lives its calm life.