The woman who lost her home twice. A story of Iryna from Mariupol, published by «Azov»

13:30 19 April 2022
Tweet
164 0
Iryna was born in Mariupol but spent her childhood in Novoazovsk – a neighbouring town in the Donetsk region. In Mariupol, she often visited her grandparents, and after entering the university, planned to move here forever. 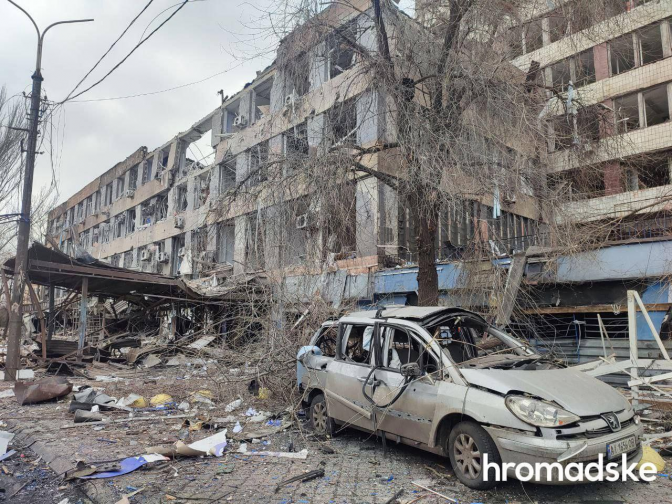 On February 23, I was on a date that gave rise to a magical love story born during the war. The first thought on the morning of February 24 was «again?». But this time, unlike in 2014, everything was different.

I hoped until the last moment that everything would end quickly and more or less without losses. Even in my worst dreams, I could not imagine what would happen. I would never believe that my beloved city would simply be wiped off the face of the earth.

When the lights, heating and water were turned off, we still hoped that everything would be repaired. But it became gradually more clear, that even if it happens – it wouldn’t be soon. And then, the gas was turned off. And it became quite stressful. Our family was very lucky, we lived with relatives in their private house with a wood-burning stove. It saved us, giving warmth and the opportunity to cook.

Read also: Friendly atmosphere near the hearth and death under the rubbles. Notes of the Mariupol journalist

On March 10, we went to hell, which began, as if on schedule, at 4 am. And the name of this hell was Russian aviation. Who would have thought that the sound of an airplane would be the worst horror. Because you don’t know where it will drop another bomb or missile, it doesn’t care that he destroys civilians, that he kills children. It just fires a projectile. That’s all. Everything around is shaking, the house seems to bounce, and it seems that the ceiling is about to fall on your head. And every night and several times a day, you go down to the basement. But still, you will not feel safe at all. 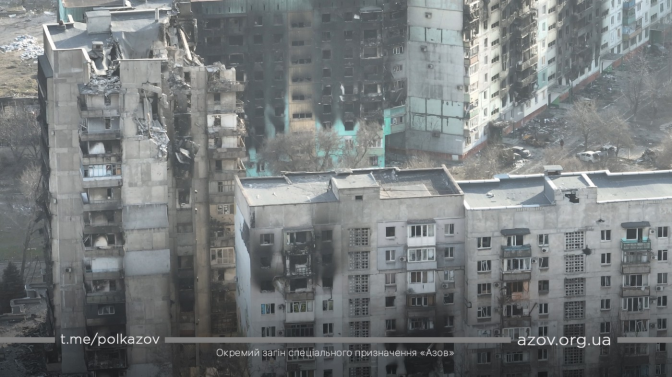 This hell was the most hellish on March 14. At night, as always, we hid in the basement, but it was longer, more frequent and louder.

In the morning, we woke up, had breakfast. It seemed like more or less, but it just seemed. Sometime around 11, or maybe noon, the cussed plane flew in again and started making an earthquake. As soon as we went down to the basement, a blockbuster began. It hit so hard that it seemed to fly straight to the basement. Above us was an aviary where a wonderful dog lived, defending the house from looters. He whimpered very loudly, he was killed by debris.

Read also: A story from Mariupol. How people are still living under the yellow-grey sky and waiting for salvation

The basement was filled with dust and smoke, we quickly began to get out. Then, two more explosions. There was glass all over the living room, the windows were blown out, the house next door was on fire, there was a direct hit. My pregnant friend and husband were in this house. It became unspeakably scary.

In some fog, we climbed out of the window and miraculously ran to the neighbours in the basement.

That morning, my parents went to check on our apartment, and I kept praying that they would just be there. This time, until I knew where they were and how difficult it was, I sat just emotionlessly, like a rock, and tried to «know» that they were okay. When I learned that they were safe, hysteria began, and all the tension went out with tears.

I later learned the horrible. The hysteria happened a second time, but it was already a pain. My friend’s husband died. The reason was the plane. His legs were torn off. And there was no way to bury him, because the bombing did not end for a minute.

We spent the night sitting in the basement, the ceiling was shaking from the moment we got there and it was very scary that it would fall and bury us alive.

Read also: She stayed in Mariupol until the end and wishes to return. A story of the young mother from the ghost city

In a few days, the front shifted a little, there were already Russians and DNR in our area. Twice, we were «lucky» to meet them when they went with the «purge». It was very difficult to be polite, given how much hatred for these freaks I felt inside. I wanted to throw them in the basement and burn them alive. 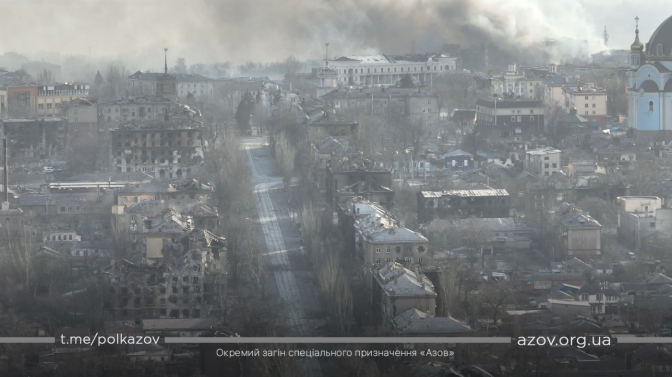 Since I was a child, I didn’t like everything about Russia. Why? I can not explain, I was never instilled with it. I must have felt that there was nothing good in that horde.

They twice took away my house, they destroyed the city that I loved with all my heart and was proud to live there. They destroyed everything. They are much worse than the German Nazis. Much more. My heart breaks with pain every day, and I sincerely wish them not even death, no. I want them to suffer. Live long and suffer throughout their worthless, shameful life.

Published on the Medium page of «Azov»