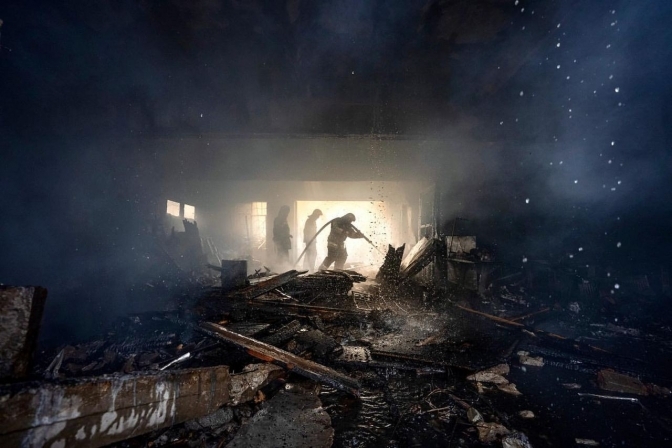 Systematic elimination of the results of the destruction by the Russians

UKRAINE: The Russians exported 100,000 tons of grain from the occupied Luhansk region

Zelensky: Ukraine has suffered losses of about $ 600 billion due to the war

Russian troops broke into the territory of the Azovstal plant in Mariupol. The Ukrainian military there has not been in touch.

WORLD: The EU has presented the sixth package of sanctions against Russia: the shutdown of «Sberbank» from Swift, the phasing out of oil

The European Union may impose sanctions on the head of the Russian Orthodox Church, Patriarch Kirill, who supports the war and the killings of Ukrainians.

Here’s how Pope Francis described a recent phone call with the Moscow patriarch:

«For 40 minutes in March, I spoke with Kirill by video. For the first 20 minutes, he explained the reasons for the war with a map in his hand. I listened to him and said: I don’t understand any of this. Brother, we are not state clerics and we must not speak the language of politics, but the language of Jesus.»

Harry Potter star Daniel Radcliffe decided to support Ukrainians during the war. The actor sells mantles with ties of different colors from Hogwarts himself. He will send the proceeds from the sale to help Ukrainian families affected by Russia’s hostilities.

Daniel wrote about this on the Magicartz website, which sells mantles.

«We are raising funds to support families and children in Ukraine,» the website said.

In the evening of May 3, the Russians fired on the Avdiivka Coke Plant. There are dead and wounded. On the morning of May 4, the company was fired upon again. Damaged infrastructure. Details are being clarified.

In the evening, the Mariinsky Military Administration managed to restore the line connecting Krasnohorivka. At 9:30 p.m., Marinka was fired upon with incendiary shells, and a fire broke out in the private sector. In the area of ​​Novomykhaylivka, shelling continues almost around the clock.

During the night there were shellings of Lysychansk and Novodruzhesk, as a result of which two civilians were killed and two were wounded. 49 people were evacuated.

During the day on May 3, four missile and bomb attacks were fired on Severodonetsk, Rubizhne, Lysychansk and Zolote. The enemy also shelled Lysychansk, Severodonetsk, Popasna and Hirske communities. 45 houses and other objects were damaged.

In the evening, two rocket strikes were recorded on the railway. As a result of the shelling, the traction substation was destroyed and one person was injured. The night passed without air alarms.

In the evening, a rocket hit the electrical substation of the railway station, there were no casualties, and the distribution gas pipeline was damaged. Restoration work is underway.

In the evening there were missile strikes on electrical substations: there was serious damage. There was a delay in the movement of trains. Two people who were near the site of the explosions were injured. The fires have already been extinguished.

There have been three shellings from Russia since the evening. At about 7 am, an enemy helicopter was working along the border in Sumy district.

At night – explosions and shelling in the region. The occupiers continue looting. Stably critical situation. 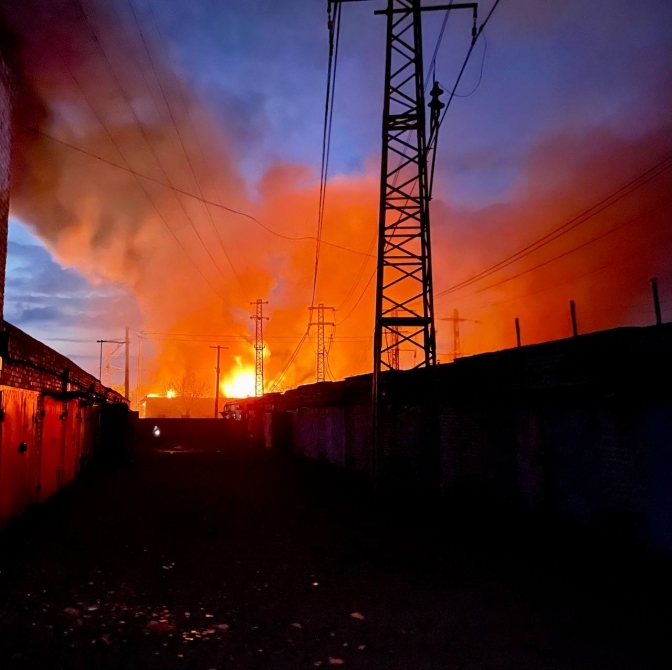 Fire in Lviv due to rocket fire

At night there were intense shelling of the outskirts of the city, no one was injured. In the region, the occupiers fired on Dergachi, Zolochiv, Bohodukhiv and Chuhuiv during the day. During the past 24hrs, 6 people were injured in the region (in Kharkiv, Zolochiv and Pervomaiskyi) and one person died in the Donetsk community of Izyum district. Fighting continues in the Izyum direction.