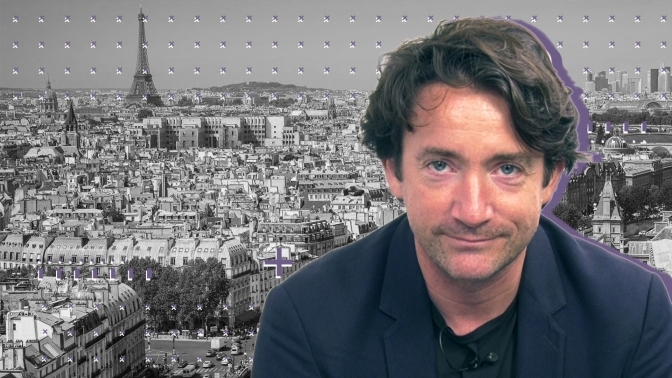 «Russians want to destroy the identity of your cities,» – a studio talk with Paris’ main architect

Tweet
1101 0
As part of our new «Lviv talks» project, the President of the French Architecture Association, Martin Duplantier, shared his ideas on rebuilding the destroyed Ukrainian cities, explained the differences between Lviv and Paris, why temporary housing is often a mistake and what is important to change today in Ukrainian cities. 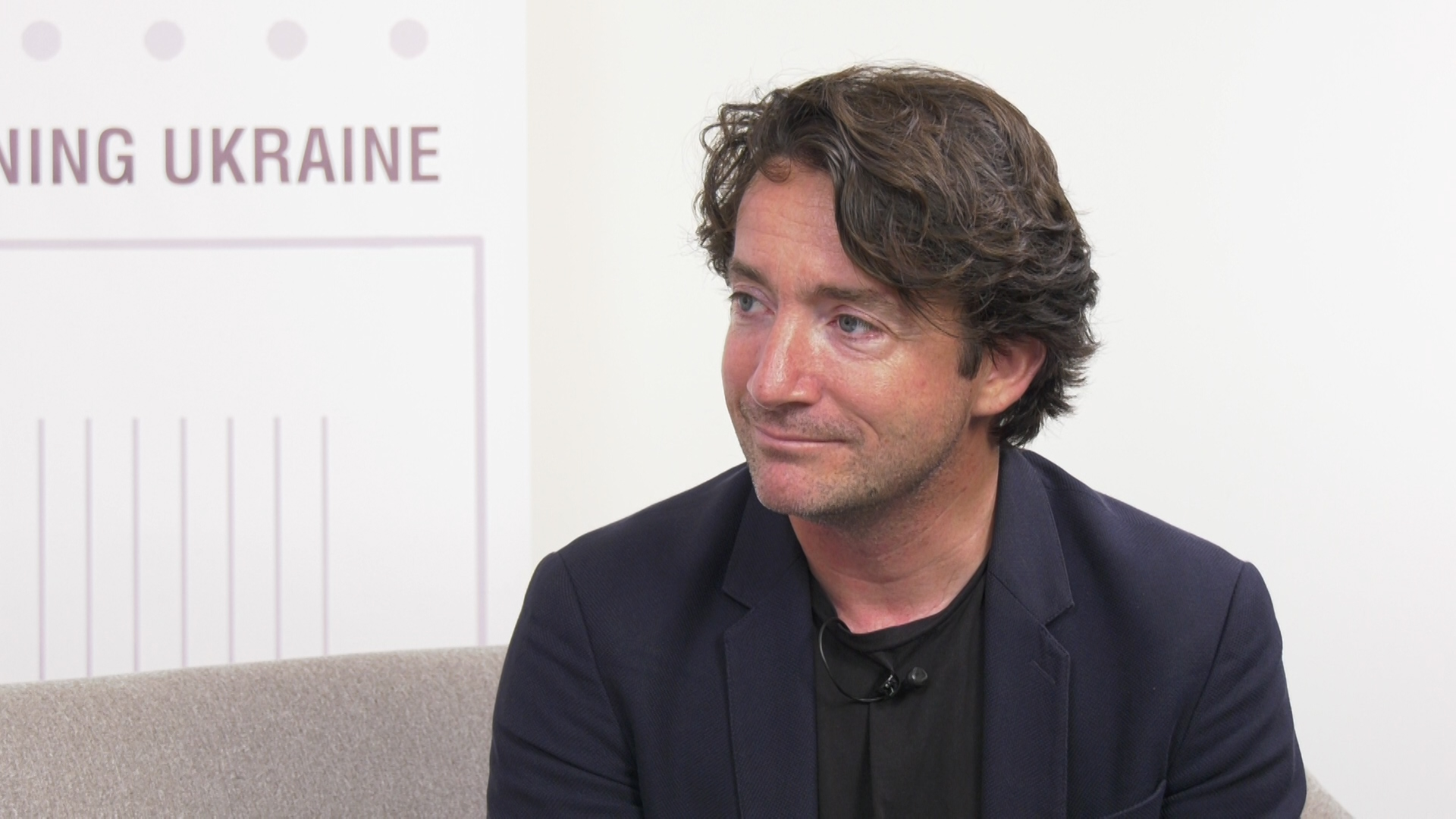 Martin, why did you come to Ukraine? Which cities did you visit, and how destroyed are they?

If you look at this war through the screen, you do not fully understand all the challenges and the emergency of the situation. What you are doing now is impressive: you are defending the idea of ​​freedom and democracy, the idea of ​​Europe. And it is our duty to do everything we can to help you in this struggle against the totalitarian fascist power.

As an architect and urban designer, I will certainly be busy in the short term and possibly in the long term. That’s why I came here with a backpack. Some foundations have approached us, and we are ready to help in various areas. My task is to come, observe everything, bring my testimony to France, gather resources and act very quickly because time is running out.

Read also: Maidan is what a Ukrainian writer and British neurosurgeon have in common. Here’s their talk

Of course, I didn’t go to Donbas, but I was in the Kyiv region, met with the mayors of Bucha and Irpin, and visited Chernihiv. It was a very intense emotional time because I visited Ukraine for the first time after the Russian invasion. Therefore, I am now rethinking everything in order to combine the necessary resources. 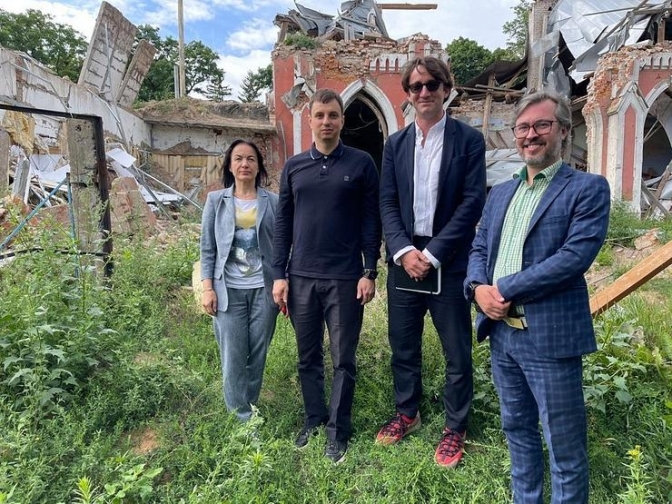 Martin Duplantier in Chernihiv (second from the right)

Now everyone is talking about the reconstruction of Ukraine, the future appearance of the de-occupied cities, but some say that it’s not the time yet, because the war is going on. What do you think about it?

Everything we can do and advance is good. From a French perspective, we have never made as many mistakes as we did after the Second World War in urban reconstruction. We did it in a state of emergency, too quickly, without thinking about where we want to go and what type of new districts we would prefer to build. I think it’s important to devote all resources to short-term, emergency tasks to protect the population, but at the same time, think about the day after tomorrow, when Ukraine will be liberated. Otherwise, we will not be able to design post-war cities. Therefore, it is important to think about it now, to find the right components, the Ukrainian identity in the city. I don’t know what it is, but I have to share my ideas.

We project such cities as Paris, New York, Tokyo, in discussions. But it’s normal to prepare plans to gather people at a round table, to coordinate everything so that it is a plan for each of us. 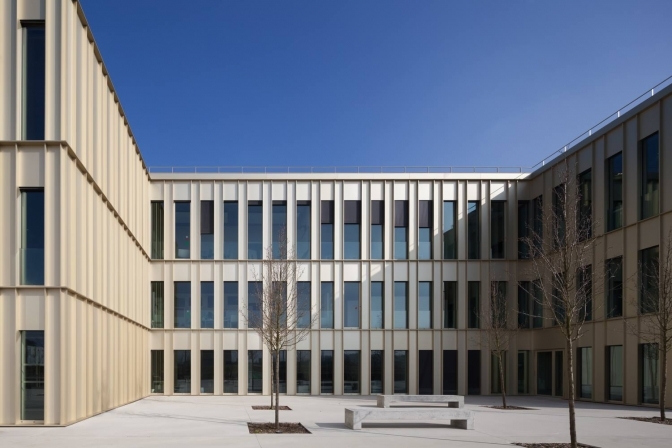 Do you think that there should be a single approach to the reconstruction of Kyiv, Bucha, Irpin, Kharkiv, Chernihiv, or should these be completely different cities? And what about the identity we put in that vision?

I would advise an anti-Soviet approach here, that is, not a «copy-paste», but a contextual approach, so that each city has its own identity. And this is correct because each of them has its own history, heritage, so there is no point in copying. Therefore, probably, we need to develop a unified approach to unite people, but the projects must be different because there are different needs, different identity of each city. Chernihiv is different from Bucha, from Mariupol and, of course, from Lviv. So yes, different answers, but one set of tools.

Sometimes we understand the concept of architecture only by urban planning and building permits. But what is architecture in general, is it actually something deeper?

First of all, architecture is about protection. This war shows how important architecture is and how extensive this defense is, how «double» walls and shelters protect. Therefore, architecture is the first protection of our lives and bodies. But the question is how we use these spaces. It is about the people who live there. That is why, when I looked at all this in the first days of the war, I thought that the Russians wanted to demolish Ukrainian culture and architecture. By protecting Ukrainian identity and culture, we look ahead, because if there is no history, it is difficult to project the future. 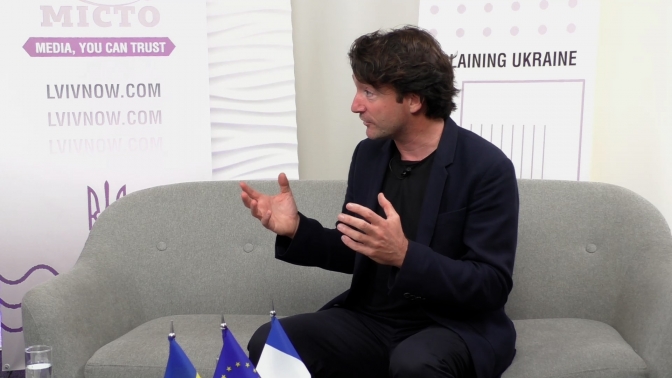 That is, centuries-old buildings located in various Ukrainian cities are kind of speaking to us? Do I understand correctly that Putin wants to make Ukrainians silent, as was the case during the Holodomor in Ukraine? Does the bombing of architectural structures, churches, theaters and other institutions take place in order to «silence» us?

Yes, this is their way of making a tabula rasa and making sure that the Ukrainian identity no longer exists. This is exactly what they did with Mariupol, where they have already rebuilt several buildings. They say, it is us, only us, and it’s all Russian. The urgent task is to protect what we have and to ensure that the cultural background is protected, rebuilt and regenerated.

What can we do about it today?

For example, yesterday I was in Chernihiv, we visited the first museum of Ukrainian history, built in 1876, which was shelled in March. It’s really strange that the Russians would strike civilians, but when they have a specific target, like a cultural object, they hit it very precisely. Therefore, we will restore this building and make sure that Ukrainian history will return to this museum which has become a library with ancient books. 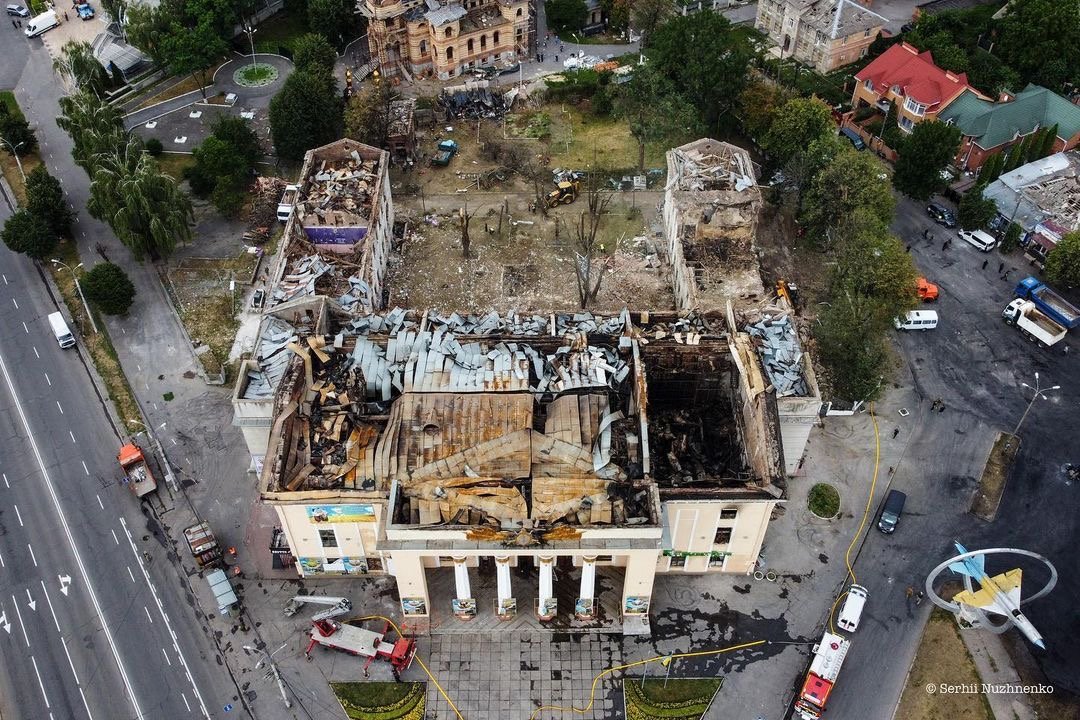 What tools will help restore this building so that it «speaks the same language»?

Here we are talking about something else: tools for rebuilding the structure. How will we do it, with the help of which expertise? Will it be as it was, or like in the case of Charlottenburg Castle or Wilhelm’s Church in Berlin that were rebuilt to show the stigmata of war?

​​If it is necessary to rebuild as it was, then we have the means for this. Of course, modern tools will come in handy, but the most important thing is the skill and understanding of what the covering is, how bricks are laid. I’m sure you have some great craftsmen. If they are not fighting, then we have to organize some workshops for them.

Can we build better cities so that Ukrainians who left abroad due to the loss of their homes would want to return here?

You have good assets. Your cities are very green, they usually have a historic network of public transport, and we should strengthen, develop it. Also, your cities usually have a historical center. A mixture of functions is needed here. That is, there are areas with residential buildings, small factories, office premises, and commercial buildings.

I think that Ukrainian cities lack the ability to reach any desired area in 15 minutes of walking from one’s residence. This is what we can develop in the design of your cities.

Read also: We need a new version of our country. Former minister of economy about reforms

Today, Ukrainian public space exists mainly for cars, and it should be distributed between pedestrians, cyclists and public transport. Landscaping should be done, more trees should be added. And this is how we will gradually build the process of forming the city network. 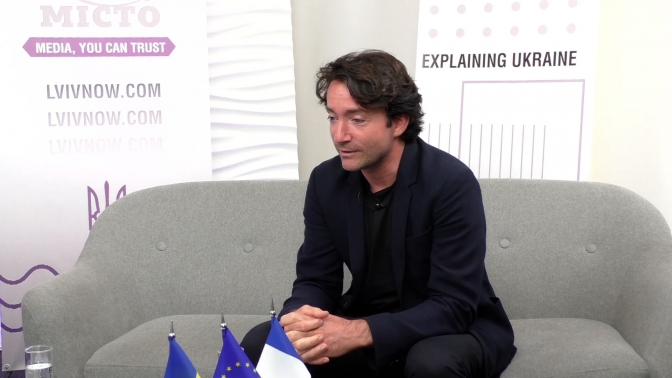 You worked as an architect mainly in Paris and Bordeaux. We already had a conversation, and you said that these cities are closer to you, that Paris is one of the cities with the biggest density in the world, but when you walk through the city itself, you don’t feel it. How can this be achieved?

This is a discussion that we should have with various experts because building density is something different from skyscrapers and high-rise buildings. For example, Singapore has a completely different urban network – skyscrapers and green spaces around, but if there are only skyscrapers and no greenery, then everything else will be lost. Then there will only be parking lot, and that’s terrible. Singapore emphasized the cultivation of plants and the return of nature to the city. Because if you compare the photos taken at the time of gaining independence in 1961 and now, the difference is huge. But Ukraine must have its own model.

Regarding the city’s density. I would like to raise the issue of refugees. We have many internally displaced persons, most of whom live in the west of Ukraine. We see that many towns are being built, some of them look like ghettos. Someone says it’s necessary to build as quickly and cheaply as possible, and others argue that it is necessary to build something better, not temporary. How do you think?

I think this strategy was wrong in many countries. Like in France from 1945 to 1960. We created a residential complex, which is still a big problem. Therefore, temporary housing is something that is very difficult to deal with. 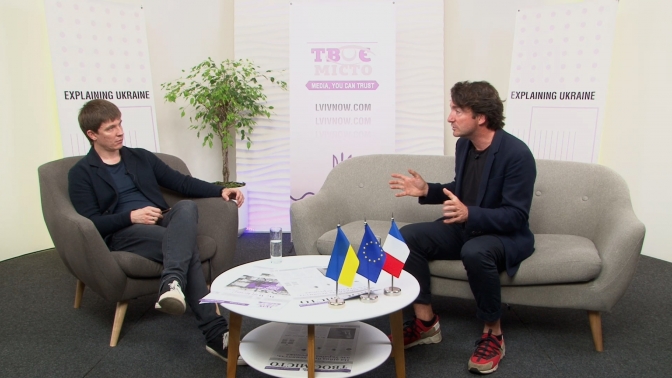 I would say that one of the solutions should be the construction of normal housing, because part of the people who moved from the east of Ukraine to Lviv will remain here even after the war, the population will grow and, accordingly, there will be a need for housing. 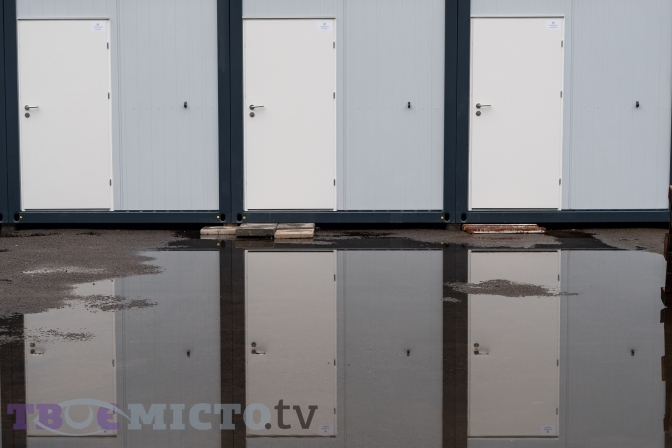 A modular town for refugees in Lviv

It’s necessary to take into account the existing houses, semi-industrial buildings, in order to carry out their renovation, if possible, or equip some of them for temporary housing. It is cheaper and does not create problems. If we renovate them, in two or three years they will be worth something. But installing prefab modules one above the other will be the wrong decision, because it will not create comfort for living and will be a waste of resources.

Read also: Lviv is like a Noah’s ark for refugees now. Architect Yulian Chaplynskyi on how to rebuild Ukraine after the war

Therefore, we must say «yes» to real housing, including industrial and other buildings that are not currently being used but can be converted into housing.

Finally, I would like to ask about Lviv. It is called little Paris. What are your impressions of our architectural heritage and modern Lviv?

Lviv is very beautiful, perhaps more beautiful than Paris. I like the fact that it is a pedestrian city, so it is also part of the Ukrainian identity in the city of tomorrow. And you should export it to other Ukrainian cities.

In the future, Lviv should look at its assets and identity and form new districts, not copying, but having a global approach to a certain area, taking into account how it could become a legacy of the XXI century. So that people would want to live here in a few centuries. This is how we now perceive the historical center of your city, the heritage of Austria-Hungary. All these elements are part of the city’s history. Now we are in a different part of history, so we must bear responsibility for it. 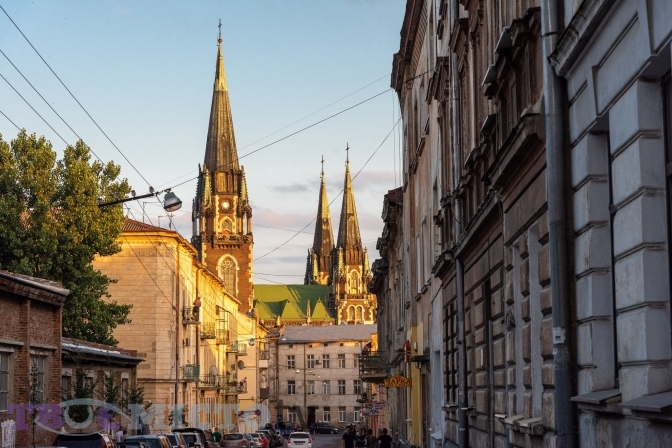 «Lviv Talks» is a project of frank conversations with international experts about finding solutions for the sustainable development of Ukraine, hosted by Taras Yatsenko, the head of «Tvoe Misto» media hub.