20:39 09 May 2022
Tweet
411 0
The children recorded video messages to the world leaders, in particular approaching the Turkish president Recep Tayyip Erdogan. 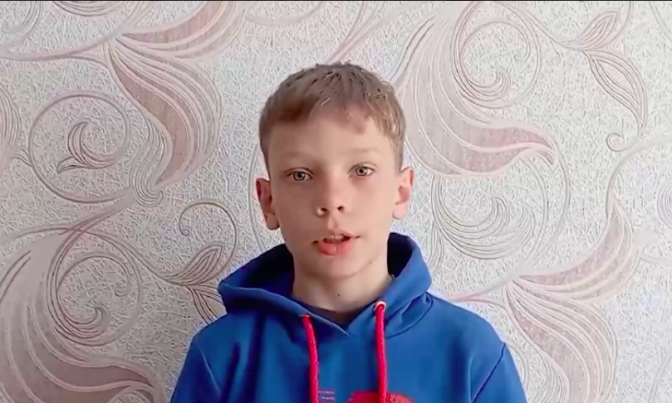 screenshot from the video

On May 11, the Russian occupiers might plan to conduct a heavy chemical attack on Azovstal where the defenders from the «Azov» regiment are sheltered, a volunteer and Mariupol deputy, Oleksandr Lashyn, reported on his Facebook. This would be the second direct chemical attack after the enemy spread an unknown poisonous substance over the plant on April 11.

Despite this event, firing at the ammonia plant in Sumy on March 21, and damaging containers with nitric acid in Rubizhne on April 5 and 9, that caused leakages over the neighbouring areas, NATO still didn’t show a clear response according to Biden’s pledge.

Now that most civillians were evacuated from Azovstal, Ukrainian fighters remained alone facing two thousand Russian troops that storm the last fortress of freedom on the Azov Sea coast. And the occupiers have their hands untied to destroy them completely as long as the «extraction» procedure or other possible means of freeing the Mariupol defenders are postponed.

After two months of waiting for their fathers, the children of «Azov» fighters recorded their video messages appealing to the world leaders to help with the rescue operation.

«Since the beginning of the war, my mother still does not smile. She cries all the time because she is worried about my dad,» – says 9 year old Andrii.

The children call for the world community, approaching personally the Turkish president:

«Dear president of Turkey, Mr. Erdogan, please help save my dad and his brothers from Azovstal,» – asks Mykola, 9.

Alica, 7, says that she won’t forgive if something happens to her father.

See the video below (with English subtitles):