No panic but staying alert. How business in Kharkiv, Ukraine’s second biggest city, continues amid threats

20:09 11 Februart 2022
Tweet
730 0
Kharkiv, a city of 1.4 million twenty miles from Russia, is especially sensitive to Moscow’s hybrid aggression. Still, local business leaders say that the investment environment has improved significantly since 2014 and can sustain the current conditions as well. 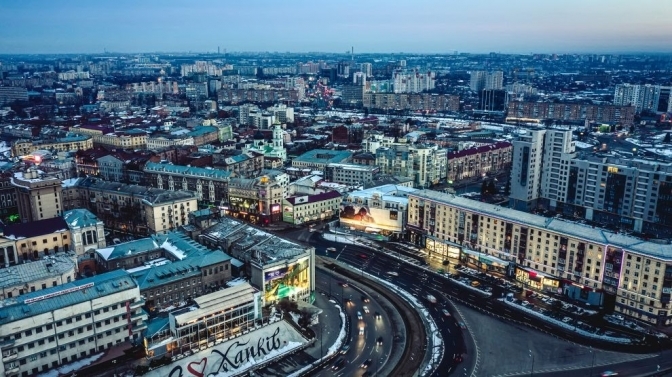 Kharkiv, Ukraine – «I don’t see what is called panic,» says Ihor Sbitnev, entrepreneur who was the leader of the European Business Association in Kharkiv at the moment of the interview. «But there are concerns caused by real threats.»

A Kharkiv businessman, property developer, and co-owner of the malls «French Boulevard« and «Prisma«, Ihor says that compared to the beginning of the Russia-Ukraine war eight years ago, when Russians briefly occupied his city in April 2014, he sees a much better situation now.

«The main indicators speak for themselves… Interest rates and refinancing are significantly lower than they were in 2014 both in foreign currency and in hryvnia, which is positively reflected in the business opportunities.»

In the contemporary conditions, Ihor Sbitnev thinks that Putin has probably reached his goal to create tension that negatively impacts the Ukrainian investment environment.

«Of course, it impacts the mood of investors. But primarily, it has an influence on those who consider entering the Ukrainian market, or the Kharkiv region in particular. So now, they are postponing [their activity] or observing some alternatives.» 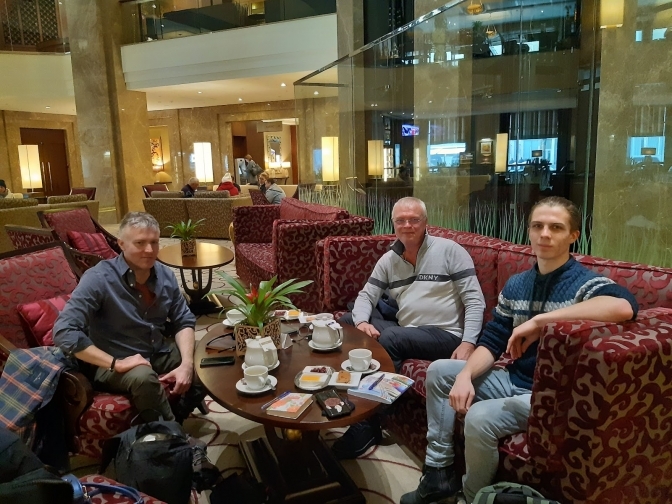 Nevertheless, the entrepreneur believes that Russia’s actions have also turned the world’s attention to Ukraine which in perspective could be a benefit for the country and for his city. He claims that in any unfavorable situation, people in Kharkiv can find opportunities to resist it and grow their potential even more, because they’ve been through this before.

«We always strive for development,» Ihor Sbitnev says. «Probably, it’s because we don’t have such initial opportunities as Odesa with the sea, port, and many tourists, or for example Kyiv, as a capital, with a huge river, where all the governmental institutions are located and the main business conferences and summits take place. Kharkiv doesn’t have such opportunities, so due to that, probably, we strive to create our special conditions.»

Ihor Balaka, a deputy chief of the European Business Association’s Kharkiv office who leads the Association’s Committee of Real Estate, Investments and Development, agrees that there is no serious panic.

Although he heard about cases when people started withdrawing deposits from banks and the increase of investments in real estate abroad in January, he says that uncertainty reflects more on society in general than on some specific sectors. «Some are more emotional, some are less, so I think it depends more on people than on the spheres.»

Read more: «Putin is Rattling Nerves of Americans and Europeans, Not Ukrainians.»

A tolerant atmosphere is the main feature that unites Kharkiv and helps it thrive in any conditions, Ihor Balaka believes.

«Kharkiv is also a commercial city, where a lot of representatives of small and micro-sized businesses work for themselves, and they have seen what the ‘Russian world’ really means,» he says, referring to how the city of Donetsk, with nearly a million people, lost its prosperity after falling into the hands of Russian occupiers in 2014. 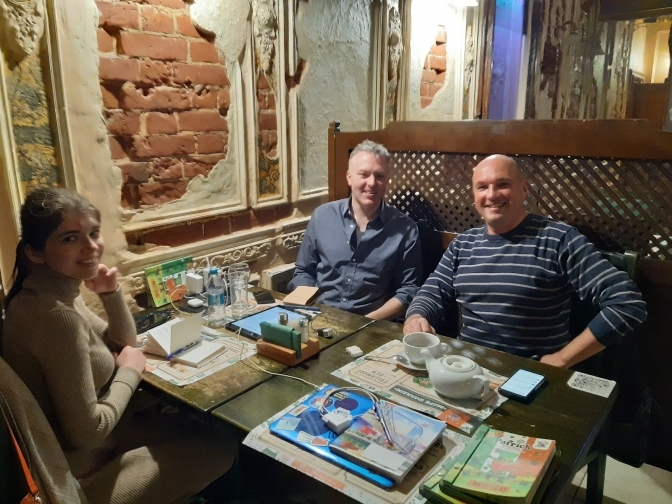 Another Kharkiv entrepreneur, Andrii Tavrin, agrees that his native city has a special «beauty of entrepreneurship,» especially in difficult times. The chief business development officer at Clicca, a Kharkiv-based tech recruiting agency, the twenty-three-year-old notes that Ukrainians have huge possibilities for success because of the supportive environment and favourable taxation policies.

«If you grind hard, you make your money, you become better and better every day, and you work in a climate that supports it, because of taxation,» he says, referring to Ukraine’s tax laws that especially favor tech companies and IT sourcing. «It’s a huge competitive advantage that we have that we need to use.»

Read more: ‘Being Ukrainian Means You Have Opportuity to Do Something Great for Others, For Yourself’: Kharkiv Entrepreneur Andriy Tavrin On Why His City is a Great Place for Business

He admits that mentally the current situation is «pretty hard» but not as dire as it was in 2014.

«I don’t think it’s as bad as 2014. Maybe because the dollar is not rising that high, and we don’t have people that are walking on the street with weapons and [we also now] hear our president saying calm down, everything is all right.»

Listen here to a podcast with Andriy Tavrin

Real estate: people buy fewer apartments… which is common here in the middle of the winter

Despite the threats from Moscow and the warnings from Washingnton and Europe, the situation hasn’t changed much in the sphere of internal investments, according to Viktor Bavykin, the CEO of «Azovo-Chornomorska investment company» which is involved in many of the real estate sales in Kharkiv.

Viktor says that his general working mood calmed somehow during the last week of January. Before that, according to him, the city’s atmosphere was a little nervous for a week.

«This is a concrete practice that shows that if Ukraine is preparing for some attack, then the mood is more or less positive.»

Real estate seems to be the most vulnerable sector of investments due to its attachment to the city’s territory, which is the most populated frontier near Ukraine’s eastern border.

Still, Viktor Bavykin doesn’t see mass panic among Kharkiv residents, though he heard about some cases when people wanted to terminate contracts. The prices for real estate didn’t fall, and the decrease in sales is also caused by the normal seasonal changes.

«The situation in all sectors is similar: people purchase a bit fewer apartments, both expensive and cheaper. Some connect it to the beginning of the year because usually, less real estate is sold in January than in December.»

Also, according to him, concerns in society didn’t reflect on the number of covenants, which shows that people are continuing to invest in the local market despite threats. 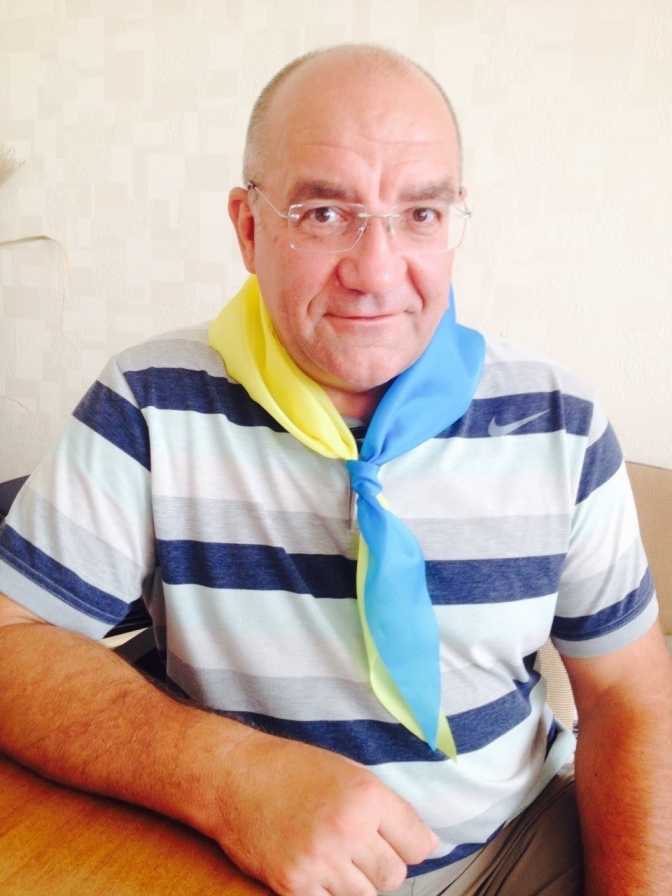 Entrepreneurial spirit and ability to adapt. How Kharkiv perceives challenges

His first business back in the 1990s–a challenging time in the wild, crime-ridden post-Soviet days–was connected to producing and distributing clothes and shoes, among which were also the first in Ukraine boutiques of Italian footwear. The entrepreneur notes that it illustrated the ability of Ukrainians to adapt to any situation and find resources even when they seem to be totally unavailable.

For example: His employees improved upon the capabilities of old «Singer» sewing machines by taking rubber bands from Indian underwear and inserting them in their clothes to create high-quality products at a time when only ordinary and unsightly elements could be found on the Ukrainian market.

Other entrepreneurs in Kharkiv agreed.

«It’s so easy [here] to make something if you actually do something with your life,» Andriy Tavrin says.

A city that nearly fell into Russian hands

In 2014, Kharkiv nearly fell into Russian hands when rebels, many of whom were brought by buses from the neighbouring cities in Russia, managed to take over the Regional Administration. But the resistance of population and successful operation of Ukrainian special forces prevented the proclamation of the Kharkiv People’s Republic, unlike in Donbas, Ukrainian territority today that is still occupied by Russia-backed forces. 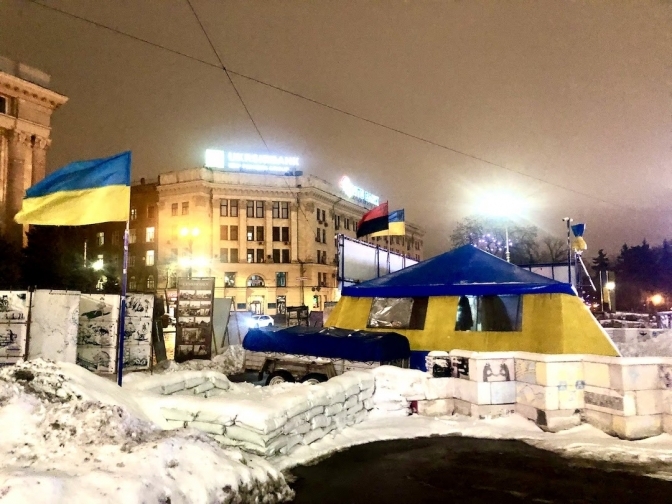 This bunker-tent has stood in Kharkiv’s otherwise orderly main square since 2014–a reminder of how the city defended itself from Russia.

Ihor Balaka is convinced that even in case of Russia’s attack, it won’t break the city’s barrier. «I cannot imagine here such a situation as it was in Chechnya when the Russian soldiers conquered its capital Grozny – a small town with low-rise buildings – with about three to five thousand victims. If this would happen in Kharkiv, I can say that every other building would be a fortress.»

Also, Ihor says, «Kharkiv is the city of military enterprises.» It’s the home of the Morozov Machine Building Design Bureau, which makes tanks and armored vehicles.

Less popular among foreign investors, Kharkiv attracts more of them slowly but confidently

Despite interesting possibilities in Kharkiv, relatively few foreign investors consider Eastern Ukraine compared to the West of the country, Ihor Balaka says. According to ambassadors from Germany and Italy, investors consider Ukraine as far as the central Dnieper River, which also divide the capital, Kyiv.

«I understood one thing: we should bring our foreign colleagues here and show them that tanks are not going along our streets, that there are a lot of friendly people here,» – Ihor Balaka claims, «So they can see our city, take a rest, walk in the parks and on the streets, and see that the city lives its calm life. At least if the military conflict wouldn’t break out.»

Still, even though the amount of invested money did not increase significantly during the past eight years, Ihor Sbitnev says there are more foreign investors now compared to 2014.

«I would be glad to emphasize that it relates to many spheres of economy,» he says. «Earlier, these investments were distributed quite narrowly, primarily the bank sector, agriculture, and informational technologies. Now, they expanded in the mentioned directions, but I also see investments in recycling, especially processing the agricultural production, light industry, in particular textile production.»

Throughout Kharkiv, an attitude of resilience prevails.

«Being Ukrainian means you have the opportunity to do something great for others, for yourself,» Andriy Tavrin says.»I can do whatever i want. And this freedom, freedom of being what you want to be, is something I don’t want anyone to take from me. This is something that I feel is under danger these days.»