«People need to be scared of being fake.» Lviv Stories

10:46 20 July 2021
Tweet
1226 0
Finding Authenticity in Lviv. City of conversations. Joe Lindsley’s Lviv: a column about the city and its people, from an American in pandemic-exile. 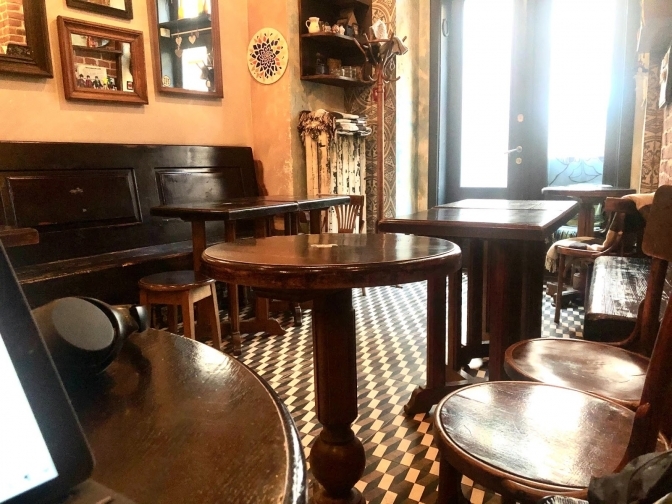 Note: As in all these stories the names are changed unless otherwise noted. The pseudonyms have no particular significance.

«When you say, as an American, ‘how are you?’ do you really care to know?» Petro asked.

In the fresh cool summer evening air, we’d been seven hours talking, no sign of abatement. Wine and beer and Ukrainian-Texan-Mexican sausage tacos covered an alfresco table, enough supplies for 12 but we were four. A good life tucked into the country, in one of the ubiquitous covered dining-and-cooking areas of Galician gardens. Petro and his girlfriend, Ola, had invited us to his family’s village home.

«What do you mean?» Julie, American, asked.

As we kept talking about other things, I kept thinking of this authenticity question.

«And now my friends, let’s toast,» Petro said. We clinked our glasses, then of Budvar, the original Budweiser from Czechia.

«How many times will we toast?» Julie laughed. And so we toasted again for the sake of it. We Americans, like the English, are wary of over-toasting.

I recalled the great Georgian feasts, called the supra, where people give toasts speaking from the heart. I wanted to say a real toast out of gratitude for the people at the table on this eve of our American national holiday, a day of big emotions for an expat, sure: to say something real. But I couldn’t find the words, or didn’t try.

The next afternoon, Fourth of July, after some breakfast of cottage cheese pancakes from Petro’s grandmother, our hosts dropped us off in the city. I was soon sitting at the café Фацет / Fatset («Cool Guy») writing, the only person inside on that hot day. The tables spilling into the cobbled Virmenska (Armenian) Street were packed with people. Out there sat my friends Voltan, an expat from central Europe; Eve, Ukrainian; and Jim, an American, drinking a variety tray of nastoika, herbal and berry infused liquor. But soon they came inside and Eve said, «Divai!» Let’s go!

«Oh join us in a drink, it’s the Fourth of july!» She signaled to the barman to pour a beet-root liquor for me.

The barman laughed. «It’s Lviv,» he said. If you step outside of your house prepare to be surrounded by friends handing you drinks.

«It’s good to see you in your element, writing» said Jim wearing an American eagle-and-beer t-shirt and aviator glasses, I suppose our American national costume. «Someone has to tell the stories of this city, in this moment. You know, that’s why we think so highly of Paris in the 20s, because of the stories that saved those memories.»

That night, out of writing mode thanks to the nastoika, in between sets at the jazz club, a group of us sat around the table. Ukrainian friends living in Dubai had returned. Everyone had the sangrita, the tequila shot with a fresh tomato juice chaser--quickly spreading as Lviv’s city-wide shot. A visiting American musician and new friend, Sam, showed us a trick with a straw, keeping it stationary, it seemed, while flipping his hands. He was illustrating how the brain is easily tricked, made to think things are more complicated than they are.

«There’s a blind spot of the brain,» he said. «We miss the obvious, so often.»

He paused, then continued - «You know, I want to tell you something. I have had some big losses in life recently. And here surrounded by these good people, I think I need to say this: You always should say what you want to say, what you need to say. Because it’s selfish to think you might have another chance. You are presuming that everything will go your way, that you can save your thoughts for later.»

I thought of the toast I had not said the day before - and the stories I have not written. And of how we so often trade empty words in our daily greeting.

At Fatset the next day, my friend Drew, just arrived from the USA because he had heard good things about Lviv, was reading Shakespeare and eating pelmini, Ukrainian ravioli. I stared at my blank screen. We started talking Hemingway.

«‘The Snows of Kilimanjaro» I said. «Is my favorite, or maybe it’s the one that accuses me the most. The protagonist, who seems to be Hemingway himself, is dying on the side of the mountain; the girl with him, unable to help. And all he can think of is all the real stories he didn’t tell, because he was too afraid to hurt people or to tell the story incorrectly.»

Later in the evening, Sam the musician from the USA had gathered a squad of a dozen or so new friends at a table at the Leopolis Hotel’s street-terrace. Among them, a lovely traveling Frenchwoman, a scarf tied round her head. Before the virus, she led people on trips around the world, through which she connected people of shared professions in different cities.

«I always thought it would be good to write my stories down,» she said. «There are so many stories I haven’t written. Now, I wonder, what’s the point. Where would I begin?»

Later on, when we were at a little Mexican bar, I said I had to go home and write, I said. Sam gave me some grief, saying, «this is the 60 minute man, always has to go somewhere.» But then he turned serious, speaking to everyone: «This guy has to go home so he can tell our stories. That’s his mission.»

I had been around so many people the past days, I wasn’t ready to write. I had to make sense of things. Nearing home, I stopped at the bar where Petro works. They were closing. I drank water.

«How are you man?» I asked Petro, as he joined me at a table in the empty bar after stacking the other chairs.

«Are you asking as an American or a Ukrainian?» he said.

«Ha! Even if I respond as an American, I ask as a Ukrainian. Why is it hard to be real?»

«Will you write tonight?»

I told my friend about the Hemingway conversation, the Snows of Kilimanjaro, the dying writer regretting not having written stories, the French girl sad because she was not writing.

He pointed to a portrait painting behind him. It was a cross between Bemelmans and Van Gogh, whimsical but sad, part of a temporary art exhibit at the bar.

«No way,» I said. «I hadn’t noticed.» It was Hemingway. The old master sat in a chair, sorta smiling down on us.

I said nothing, thinking, making sense of it.

«Maybe your mission here is to write the truth. Maybe you can’t tell the truth in America. Here, in Ukraine we don’t often get the truth, but we still want it. So start telling it.»