11:54 15 November 2021
Tweet
237 0
Until 2019, Ukrainian servicemen used Russian apps to track their demobilisation date, but this software started to spy on their messages and geolocation, relieving sensitive military info. To stop this, Ukrainian Vitalii Pasika developed the app «Jura,» a digital «Swiss Army knife» with info on medicine, a weapon’s time-to-kill, and more. 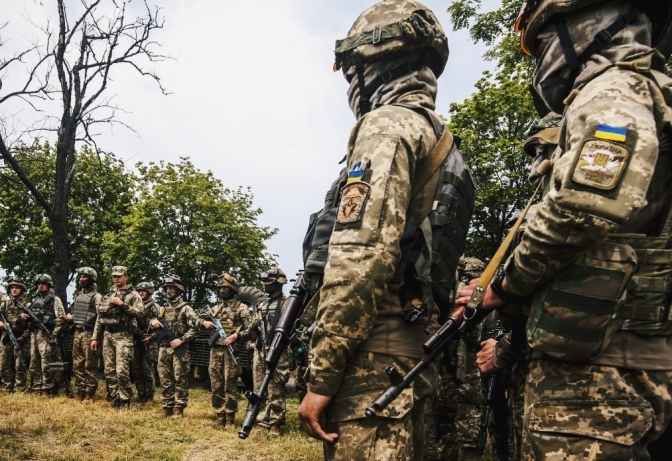 The mobile application «Jura» for the military (the name refers to a person who carried weapons in the Cossack army) was created by the Lviv developer Vitalii Pasika when he understood the danger of Russian applications. Ukrainian troops were downloading Russian apps, unknowingly surrendering valuable information, all while fighting Russian-backed forces in Moscow-occupied territories.

After a Ukrainian cyber alliance had successfully intervened in one of the Russian applications, it published screenshots with information extracted from the user devices by this software. The amount of data showed that the soldiers who wanted to keep track of their service were constantly monitored by the enemy’s special services.

Now, two and a half years later, «Jura» has almost 60,000 users. About 60% of them are those who switched from the Russian application, and others are new.

Tell us more about the application and what is its idea?

«The idea to create the app arose in 2014-2015. At that time, similar applications were common among our military, but they were mostly Russian-made. The fact that military units that used them were partially leaking personal data, access to various mailboxes, and various documents was of great concern.

«We started to implement the idea more actively in 2016, when one of the volunteers visited me. While discussing the problem, we saw that now, about 150,000 Ukrainian servicemen use Russian applications. In addition, we checked what those applications access in each user’s phone, and found out that they had access to almost everything. Later, this volunteer came to me with a design project and then we started working on the development of the application.»

What is the feature and meaning of the «Jura» application?

«The meaning of the application is that it counts the days until the end of service, which each military sets personally. There are basic timers made by the Russian side, but we have seriously expanded our application, adding a lot of tactical guides. These include directories such as Tactical Medicine, a weapon’s TTK (time-to-kill, measure showing how fast it can be used against enemy), ranks and shoulder straps, social directories and directories with reports and statutes. Conventionally speaking, this is a «Swiss Army knife» for the military, which can come in handy at any time.» Tell us, what is the danger of such Russian applications?

«These applications read your geolocation even offline, they have access to all media files on the phone and even have the ability to change files and records, delete them, monitor the phonebook and your messages. That is, looking at the rights that the application receives when being installed on the phone, then there is a maximum list. As for the Ukrainian application «Jura,» it only asks for the right to connect to the Internet, it does not store any information, does not monitor,and does not change user data. «

Can the Russian Federation somehow use the information it receives from these applications?

«In fact, there is a pretty wide range of applying this information: logins and passwords that users provide during registration can be the same as to their mailbox or other social networks. Russian special services can monitor geolocation and track the user. They also can submit links via news tabs. This way, the Ukrainian military is drawn into the «Russian world» as much as possible, and persuaded that there is no war, and all these events take place only at the highest political level. Russia can also track the location of the military online and track who is moving in which direction. Therefore, there may even be attempts at blackmail or attacks on the Ukrainian military.» What other functions does the «Jura» application perform?

«In addition to counting the days, we have significantly expanded the functionality of ‘Jura’ application and added various directories that may be of interest to the military, made a news tab where we synchronize news from about 20 different sites with a high level of trust and authority.

«The application also has a military chat, in which there is always an active discussion. Additionally, there is a tab of historical events related to the Ukrainian military to show that we have many glorious modern and ancient events and victories. There are many Ukrainian holidays in the appendix, while Russian timers try to show only tragic dates in the history of Ukraine.»

Is it possible to download the «Jura» application to other military, except Ukrainian ones?

«No, it is downloaded not by the Ukrainian military alone. We see a map of our administrative part and observe that since the beginning of the program, there have been attempts to download it by users from Moscow and from those regions where FSB offices are located. After some time, registrations began to appear from European countries and from the United States, Egypt, and China. About six months after the publication of our application, we were approached by a representative of the Lithuanian Ministry of Defense, and on the basis of ‘Jura,’ we made another application and passed it on to them. They fully understand the danger and have also decided to protect themselves from the troubles that Russian programs may bring.»

How is your cooperation with the Ministry of Defense taking place?

«We would like the Ministry to more actively involve its specialists in the work so that the chat in the application has relevant users who would answer the constant questions of the military.»