What Do Foreigners in Ukraine Think About the Warnings of War?

11:56 26 January 2022
Tweet
591 0
Expats are not rushing to leave but they seem to be more wary of the Russia situation than native Ukrainians. 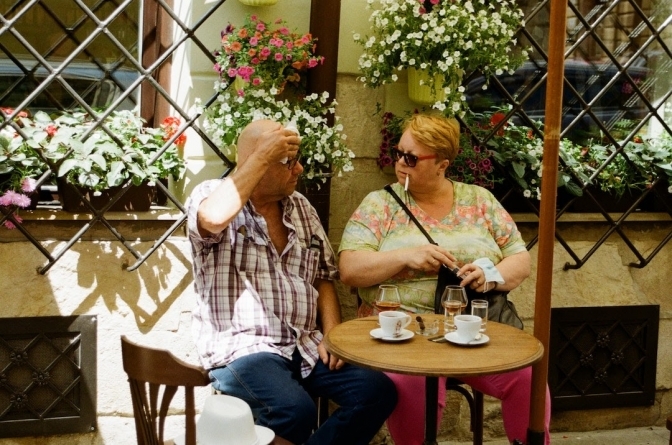 People sit at a café in Lviv, Ukraine. Photo by Maryna Nikolaieva on Unsplash

While most Ukranians I know are calm about the current warnings from afar of a Russian invasion, I wanted to know what English-speaking expats in this country think. Are they thinking of leaving, do they think war is a real possibility, and how are they preparing amid rumors, fear, and uncertainty.

I surveyed members of the members-only Facebook group Lviv Expats and Friends and here are the responses.

«I talk almost daily with soldiers on the front: trying to encourage them. Even in the villages they are talking about making emergency bags and plans. Literally right now my wife is talking to a lady in the village in our kitchen about her fears and the fact that everything is too convenient with the return of Poroshenko and Putin wanting to make a puppet government here.

«She thinks there is more a plan to take over the government than a war and Putin will have more access to bring supplies to Crimea.

«We work with soldiers [who] are scared. One guy is asking me to contact his estranged daughter to tell her how he has returned to God in case he dies at the front. Heart-breaking stuff.» 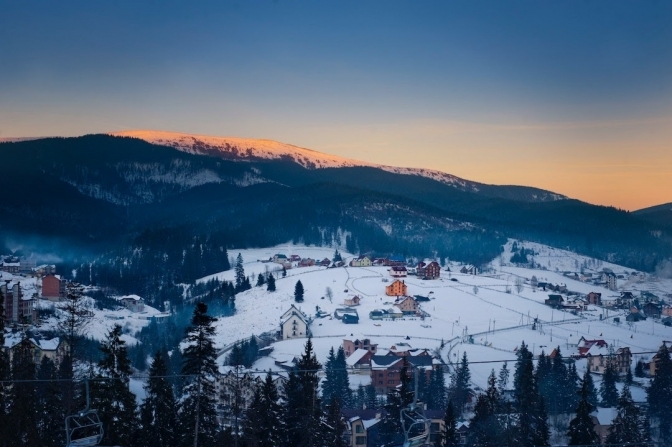 Franklin: Having Fled Minsk in 2019, I’m Watchful Now, Especially if Exit Routes Get Flooded with Refugees

«My mood these days is watchful. I take in what I read, see and hear and weigh up the pros and cons of staying or leaving temporarily – the same exact process I went through in August 2019 while living in Minsk [the capital of Belarus].

«I left quite suddenly there, but that has made me more careful this time about making plans and taking daily steps to line things up – but only in case I do depart.

«I think one of the biggest concerns would not be military action locally, but rather the fall-out from a number of people fleeing other regions, heading here or through here towards Poland. That would make an exit via road or rail more of a struggle. So for now, my mind is split between getting on with working, shopping and meeting up with friends, and considering the near future.» 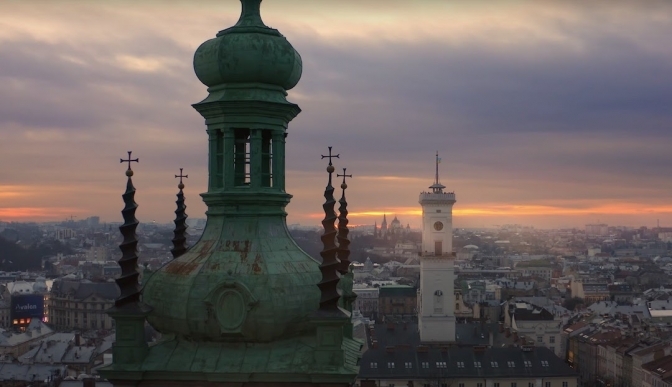 A view of Lviv, from the video «Pearl of Ukraine, a city of deep nobility.»

Eric: My Ukrainian Family Thinks All Will Be Well, but I’m Hypervigilant

«I’ve been rather pensive lately. I’ve been attempting to more clearly define my responsibilities, and my role within the family with respect to a possible invasion. I’ve also been more than a little anxious about whether I’m doing too little (or to much) to prepare for all possible contingencies.

«I’m hyper-vigilant for any sign of invasion. I go about my daily routine as usual, but I’m tense … and always keenly aware of the possibility, however remote, of this country experiencing a nearly unfathomable number of dead, wounded, and displaced people. I hope and pray that I’m irrational and overreacting. My Ukrainian family are completely convinced this is just theater, hysteria, and hyperbole. They don’t think anything will happen. No invasion..nothing.»

James: Amid the Recent School Bomb Scares, There’s a Sense of Foreboding

«As someone who has lived here for 10 years, raising a family, I have put down roots and am reluctant to leave. Yet I’m apprehensive with bomb scares becoming routine at my children’s schools and my office building.

«After living through 2014 and multiple troop buildups and other flashpoints, I tell myself this should be no different. As much as I believe that a major ground offensive couldn’t fit into any plausible scenario, I worry that disrupting infrastructure, sowing panic, and, long term, spooking foreign investors and sabotaging Ukraine’s bid to integrate further with the West, is something we will likely see.

«There is a sense of foreboding that feels hard to shake this time – the stakes have been raised too high for this to just pass without Putin either wresting some concession from NATO or failing that, taking some sort of targeted military action. It’s not a mood of dread yet, but... we are really unsettled for the first time in a decade.» 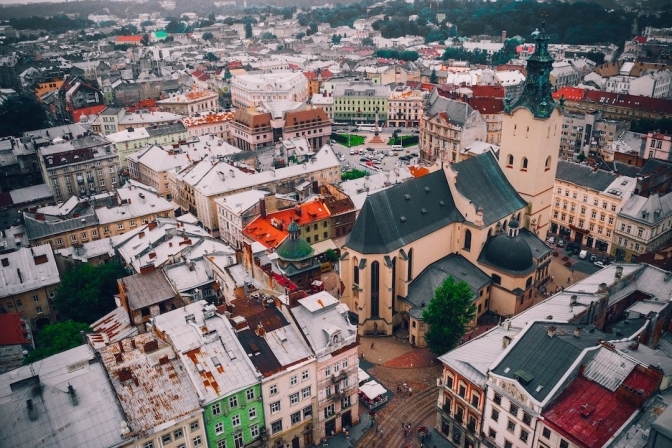 Stephen: I Will Take Up Arms to Defend My Family

Read more: «Zelenskiy: They Are Attacking Our Nerves, Not Our Land»

Find more stories about the Russia threats at our Defending Ukraine page. 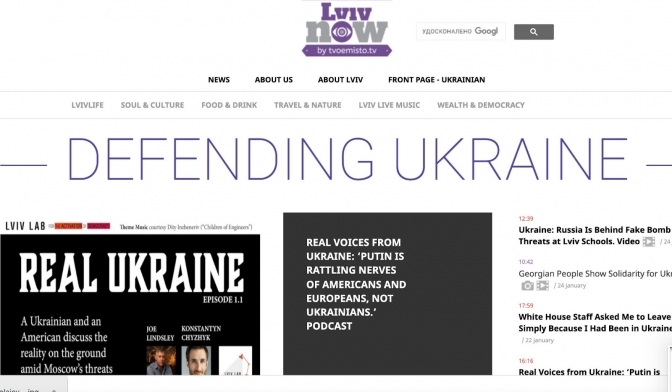