10 Mostly-Indie Ukrainian Bands to Check Out 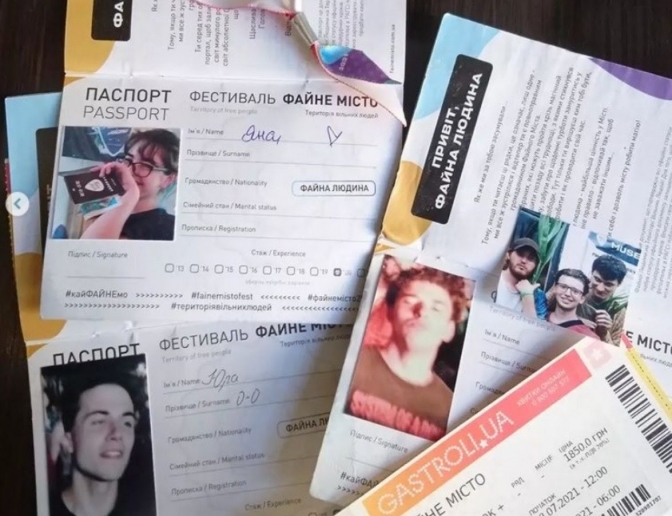 All links below are to Spotify.

1. The Unsleeping  – Our best of the best, the most famous song is («PTAHA FRED,» «Припустим»)

2. MOTANKA – In the folk genre, this band has powerful vibe during the live performance. Our favorite song is «Verba.»

3. Epolets – the band sounds like another Ukrainian group, O.Torvald, but O.Torvald is mainstream in Ukraine. On the other hand, Epolets became my new thing at the Faine Misto («Fine City») music fest in Ternopil. Some good songs from them: Зраджуй, Казка, Мелодія)

8. Go-A – We don’t like the mainstream very much, and after Eurovision this band, which represented Ukraine in the annual contest, became it, but the atmosphere at the concert impressed us so much that this is one of the coolest performances for us at Faine Misto. It was an evening that turned into night, there were dances, we drove a huge snake clinging to each other’s shoulders across the field in front of the stage. Also during one song, it started raining and we thought everything was going to be stopped, but the dancing didn’t stop. Here’s a scene of the dancing during the song «Shum,» which means «Noise,» and which was the first-ever all-Ukrainian language song in Eurovision:

9. The Hardkiss – one of the mainstreams that we do not like too much but they are really famous in Ukraine

10. Скрябін – it’s our Messiah, we really love him in Lviv and he grew up in Lviv [Many believe Skyrabin’s frontman, Andriy Kuzmenko, was murdered by sinister friends of the government, which he often criticized. He died in a car accident in 2015.] He also has a song about our beautiful city (То Є Львів) «Cпи собі сама»: