A Hutsul who whirled a «dzyga» of Lviv culture

20:22 06 September 2021
Tweet
484 0
Markiyan Ivashchyshyn, a founder of Lviv art-centre «Dzyga» (a Spinning top), made a revolution in Ukrainian music, in particular, jazz, was the first to establish the cult Lviv pubs, called «knaipy», founded several festivals. This is a story of a great and strong man, a professional rugby player with a diverse personality, who could celebrate his 55 birthday today, but his life ended two years ago. 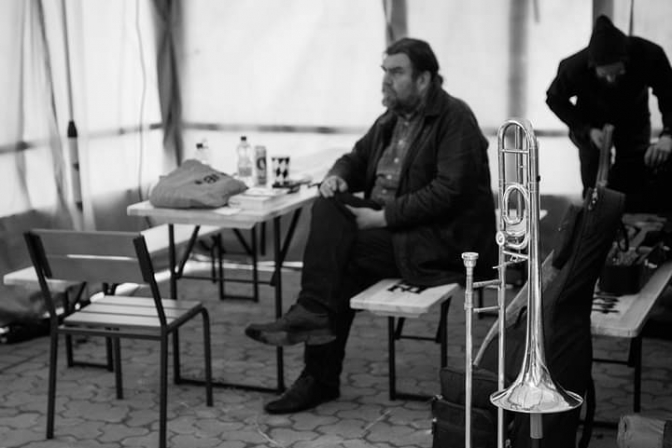 Markiyan Ivashchyshyn’s trace is present in numerous spheres of Lviv life. He founded Student Brotherhood – a student organisation created in 1989 to oppose the Soviet administration in the universities and protect the rights of those who studied there. He was also one of the leaders in the Revolution on granite in Kyiv, where his Student Brotherhood expressed its political influence. In the same stormy 1990, a year before the USSR collapsed, he created the festival «Vyvykh» (Вивих), where Lviv residents could feel and enjoy the spirit of freedom that already hovered over the city. Humour, irony and patriotism – these were the main Marek’s features.

Then, the «Dzyga» of Lviv culture started whirling on Virmenska street, 35. It was a cosy place for everyone, a portal from which ecstatic energy and inspiration came outside, as well as ideas considered by many as fantastic and impossible to implement. It was Marek who turned Lviv into the capital of jazz, and in December 2001, he founded a «Jazz Bez« festival. This is the only international jazz event in Ukraine, which has been going on for over 20 years in Lviv and other cities of Ukraine and Poland at the same time, gathering world jazz stars and young unknown performers, whom Marek always found somewhere and presented their music to us. 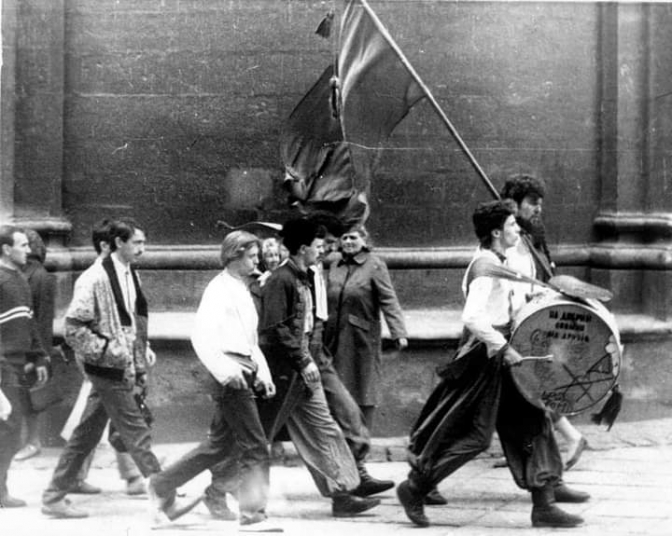 Another Marek’s «child» is the May festival «Flugery Lvova (Weather vanes of Lviv)». For many years, Lviv in May woke up and fell asleep to the sounds of always high-quality music coming from the courtyard of the City Hall (Ratusha). The Festival «Grandy Mystetstva» (The Grands of Art) was a celebration of classical music of the highest world quality, presented to Lviv by Markiyan. And the festivals «Franko. Misiya (Franko. Mission)», «Proekt ‘Ye’ (Project ‘Is’)», «Slukhai Ukrainske (Listen to Ukrainian)», «Metro Jazz», «Fort Misiya», «Vohni velykoho mista (Lights of the Big City)» – it’s hard to mention everything. More than one generation of Lviv youth was formed in that multicultural environment of quality music, art, creativity, freedom, free thought and, simultaneously, patriotism and great love for their native Lviv, for Ukraine.

A separate story is about the cult Lviv pubs, invented by Marek – knaipy, which were first and most atmospheric in independent Ukraine: «Vavilon XX (Babylon XX)», «Za kulisamy (Behind the scenes)» (locals called it «Fila», as it was located on the 2nd floor of the Lviv Philharmonic), Klub Ch/B 5×5, cafe «Cabinet», «Novyi Noiv kovcheh (New Noah’s Ark)», «Pid synioyu pliashkoyu (Under the Blue Bottle)», «Pid Klepsydroyu (Under the Hourglass)», «Kvartyra 35 (Apartment 35)». And how much the club «Lial’ka (Puppet)» is worth? This was a cult institution, where life was booming and pulsating. It was the mecca for the representatives of Lviv society’s bohemian part. It was this club where the popular band «Okean Elzy» had their first concert and received their first fee from the art-association «Dzyga». Marek ignited many stars of Ukrainian music and, blessing them with his light hand, he set them free to swim. These are singer Ruslana, vocal formation «Pikkardiiska Tertsia», band «Mertvyi Piven», «Klub shanuvalnykiv chayu (Tea Fans Club)», «Dzyga Jazz Quintet». Ivashchyshyn also founded a jazz school in Lviv, which continues to create, teach and play great music. Anyone willing to learn jazz playing can now enter a school where true stars teach.

Another facet of this Hutsul diamond was sport – rugby, not even common at that time. He was an unsurpassed player, co-founder and vice president of the Lviv rugby club «Sokil (Falcon)». Markiyan Ivashchyshyn had the energy of a nuclear reactor. He simultaneously could control the logistics of festivals, create radio stations, newspapers, magazines, invite world stars of music, literature and art. Sitting in the «Dzyga», it was usual to see Markiyan at the same table with famous politicians, consuls, ambassadors, artists, musicians. Today in «Dzyga», he drinks coffee with Paulo Cuello, and tomorrow – with Boris Grebenshchikov, a Russian rock-musician. Such meetings were a common phenomenon for such cult establishments as «Dzyga». The institution’s gallery provided its space for artists and painters from all over the world: performances, installations, graphics or paintings, sacred painting, photo exhibitions, glass, ceramics, textiles could be found beyond its walls. Is there anything the walls of that medieval townhouse with a Gothic vault haven’t seen? 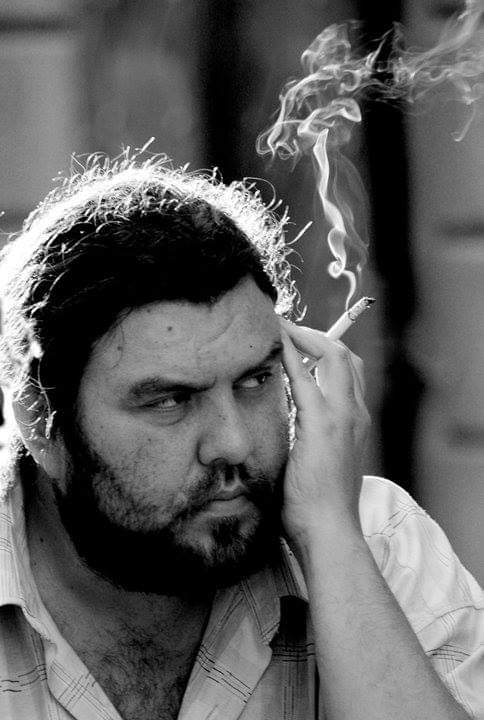 Markiyan also had a family and adored it. Parents, wife, son, sister with her family – he was the head and heart of everything, took responsibility and was always a support for the family. He loved to travel with them and his friends, and had his own rituals for this purpose. For example, in each trip, he treated everyone to local dishes, sought out jazz concerts and informal festivals in various locations. Markiyan’s wife, a well-known Lviv dermatologist Yaryna Zaichenko (daughter of the legendary professor, dermatologist Oleksandr Illich Zaichenko), said that during one such journey, Marek’s dream came true – he attended a concert of his favourite jazz performer.

A good man is good at everything, and in 2002, God endowed Markiyan with the gift of fatherhood and son Ostap, who is already 19 years old, studies architecture at Lviv Polytechnic, and looks like a copy of Marek with his height, face, character. A favourite place to relax in the summer for Ivashchyshyn, in addition to travel, was the mountain village of Sida in the heart of the Carpathians. There, he rested his soul and gave birth to new ideas. Silent hunting – gathering mushrooms – was an obligatory activity. When his son Ostap was young, Marek walked with him through the woods and taught him to collect mushrooms according to Hutsul traditions. In the same Sida, fresh ideas and projects were often born. As a rule, he played board games with everyone each night, and whoever lost it, had to implement a special assignment from Marek, which he invented the next day.

This man liked to tell legends about Hutsuls (whom he actually considered himself) about forests and trees. He joked, invented songs, and was fond of making surprises, taught everyone to love jazz and listen to it. Being very close with his son Ostap, he liked to converse a lot, explained things in his unique manner, loved to cook according to his own recipes. Markiyan had numerous godchildren and on Saint Nicholas Day (in Ukraine – December 19), he disguised himself as St. Nicholas, travelled all around in Lviv, giving presents to his godchildren and creating a holiday for everyone.

Markiyan was a powerful magnet that attracted many, touched everyone’s soul with his big heart, and amazed others with his innate wisdom. At the same time, Marek was simple and sincere, had an incredible sense of humour, and generously helped others, so that they could always write their account to Marek when there was nothing to pay... He deeply saw people deep and respected them, regardless of any status or its absence. This quality of a true great man was transmitted to everyone who knew him. He called himself a Hutsul and, after all, it was who he was, visible to the naked eye for a kilometer.

Marek was especially loved by children and dogs – and they, as it is known, are never wrong. He had the ability to dream on a large scale and the strength to make his dreams come true. This year, it has finally become clear why there is a ladder to the sky on the roof of «Dzyga». The Markiyan Ivashchyshyn Scholarship provides financial support to talented young people who don’t have the funds for their education. That is, the ladder is a symbolic hand of Marek, who even after his death helps young and not rich Ukrainian talents to express themselves in various fields for the benefit of Lviv and the whole Ukraine. The heart of man is stopped by the One who starts it – God the Lord. May you, Marek, be well near the Lord! Don’t forget about the dzyga of Lviv culture, which is, probably, easier to whirl from the sky.

The author’s column is a reflection of the author’s subjective position. The editorial board of Tvoemisto.tv does not always share the views expressed in the columns, and is ready to give dissenters the opportunity for a reasoned answer.