21:58 18 October 2021
Tweet
809 0
In every great city certain visionaries save, define, and embolden the spirit that makes the place. Here’s the story of a party in honor of the late Markiyan «Marek» Ivashchyshyn – and a conversation about his legacy. 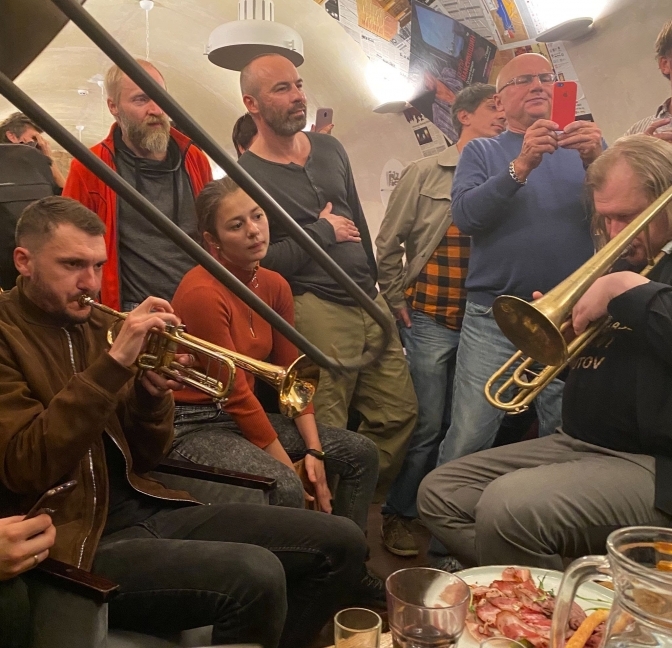 Musicians gather in tribute to their late friend and mentor, Markiyan «Marek» Ivashchyshyn

«He always believed he was helping to change the culture of our city and of Ukraine.»

Listening to the music and conversations of Lviv, I keep getting the feeling that the Lviv of the 2020s is what Paris was in the 1920s: a city of special creativity, where musicians, philosophers, writers, artists, filmmakers, and innovators find the space and time for inspiration and productivity. If this is true, then surely it is because of many factors, but one man in particular created the conditions.

In conversations with many people in Lviv, artists and entrepreneurs alike, I so often hear stories of one man: the late Markiyan «Marek» Ivashchyshyn – a rugby-playing revolutionary who stood up to the Soviets, inspired art, and made places for creative people to convene.

On 6 September 2021, what would have been Marek’s 55th birthday, dozens of Lviv’s jazz and folk musicians assembled to celebrate his legacy, two years after he died. They met at the place he created, Dzgya, the art and music venue whose name means «spinning top» or «whirligig.» It stands at the end of Virmenska (Armenian) Street, with a collection of cafe tables out front on the narrow, car-free cobblestone street. Atop the roof, a wavy ladder whimsically stretches toward the sky.

Now run by the Fest group – Lviv’s «restaurants of emotions» – Dzyga was Marek’s court. Its name means spinning top and Marek sat amid it all spinning and, it seems willing Lviv to be a place for creative people.

The second floor of Dzyga is a music hall, and on this night various groups took turns playing while people listened at café tables, and others filled all available spaces in between. I squeezed my way up the stairs and to the back room, which seemed to contain all of the jazz and folk musicians of Lviv.

Indeed, as I greeted friends, everyone said the same thing: «We’re all here tonight!»

«Yeah, it’s like we died and are in heaven.»

«Marek is still bringing us together.»

«This is what it was like when Marek was alive,» said Igor Hnydyn, a friend of Marek, a drummer, and co-creator of the jazz-folk band Shockolad with his wife, Anastasija Litvinyuk. «He used to sit over there – « he pointed to a chair. 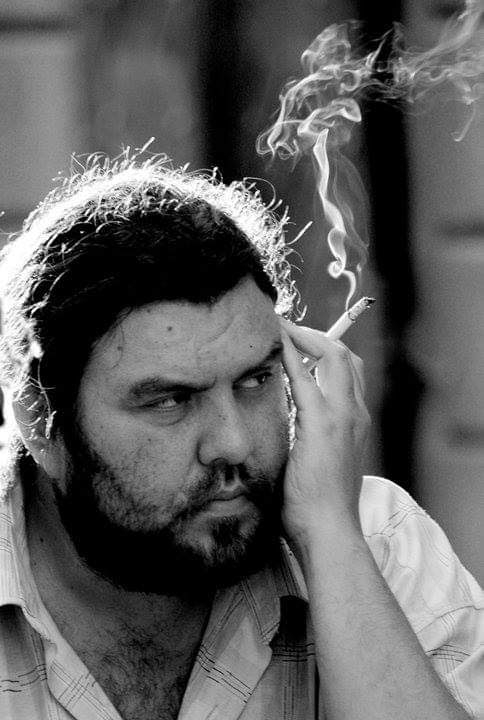 One end of the room had a glass window overlooking the stone-walled art gallery of rotating exhibitions below. Around a table people sat, pouring wine, passing glasses, and eating plates of appetizers and cheeses and sausages. We talked of many things--but we never strayed far from a toast to Marek’s memory or an anecdote about his life.

Now and then several would leave for the music hall in the next room and play a few songs for those sitting at the tables. After the official program ended, instruments appeared around the table and so began an hours-long joyful jam session. 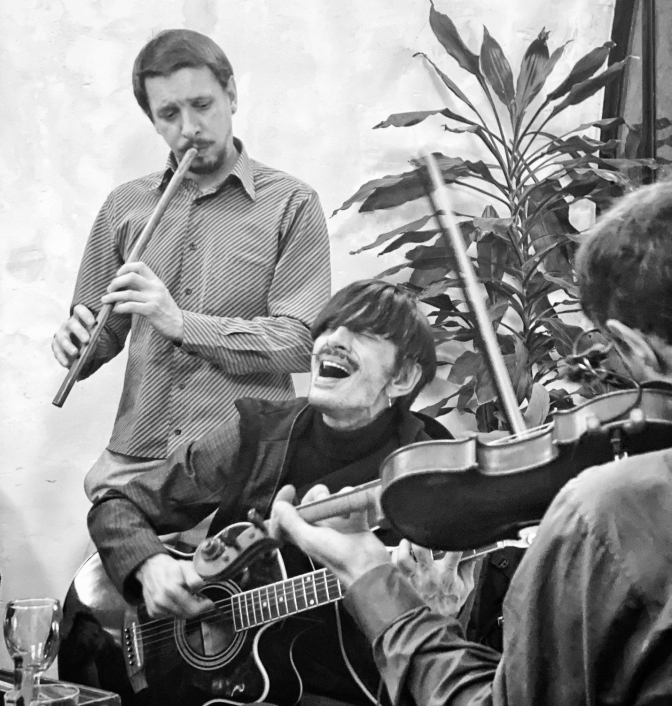 A singer, with eyes often closed, led everyone in Ukrainian folk songs while others of all ages, finding their moment, joined in when they knew they could contribute with voice or instrument.

«I want people to remember the legacy of Marek,» Igor told me. «I invited you because I want you to share the spirit of Markyan.»

So, a few days later, I met with Igor to discuss Marek’s legacy, at the Svit Kaby (World Coffee), a three-story traditional-style coffeehouse of round tables in the little square next to the Latin Cathedral.

Igor told me how Markian, as a student, helped create the Student Brotherhood which led the Revolution of Granite in 1990, right before the fall of the Soviet Union, the first of Ukraine’s three modern revolutions. In the wild ‘90s, he worked to build a culture of creativity in Lviv and beyond. He created bars and clubs and festivals in Ukraine and Poland. 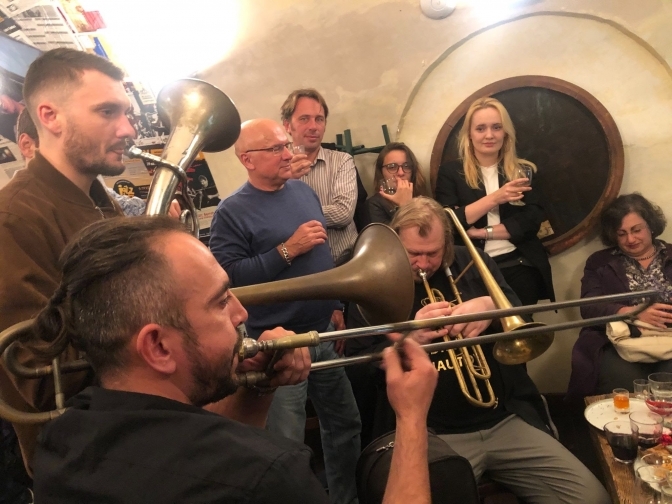 «He was helping all musicians who were true,» Igor said. «He was trying to believe in this music and these people who create this music.»

Marek owned six or seven pubs in the city, all «very original, very atmospherical.» The epicenter of his operations was Dzgya.

«He was every time sitting at Dzyga. People with problems came to him, just sitting, a little bit drinking, and he would encourage them.»

He was not just a bon vivant, but also a strategist.

«The most important thing, it’s a political thing, he was also a politician,» Igor said. «When it was time for a revolution, many people came and talked with him about how to do it. He was deep in thinking, a philosopher, a very good organizer of people. He thought five steps ahead. He always believed he was helping to change the culture of our city and of Ukraine.»

Every Sunday, someone would give a talk about jazz and music history and listen to vinyl together.

Many, including Nico Shevelov, now a jazz drummer in New York, credit their career with these sessions. Intent on being a professional mountain biker, Shevelov attended Dzyga on a Sunday, was inspired by the drums and the atmosphere Marek created, and he asked Igor to give him lessons. 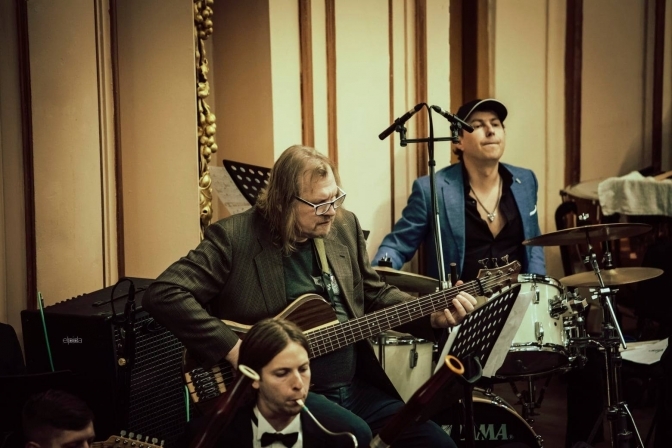 Igor Hnydyn, right, and Andrew Arnautov, left, also a friend of Marek, playing a show at the Lviv Philharmonic in 2021. Photo by Elpida.

Although Marek seemed to love holding court in the centre of Lviv, he also prized his regular retreats in the Carpathian mountains, according to Igor.

«He had a place in the Carpathians, he liked to go alone, with his dogs, books, tapes–very deep and high in the mountains.»

Does the city need another Marek? Is this possible?

«Without this guy we are a little bit upset. He was the man who had the energy and many many good people coming together. He brought people together. There are many musicians I knew from Markyian. Now I don’t know many young musicians [like i used to].

«I think now in this city there are already too many young musicians who will grow up without so many places to play.»

But so long as Leopolitans continue to gather and actively keep Marek’s memory alive, perhaps the good effects of his work–and his example of mentorship–will continue to influence this city and the art that comes from it.

You can read here, in English translation, a personal account of Marek’s life by Oleksandra Diabina: «A Hutsul Who Whirled A ‘Dzyga’ of Lviv Culture

Here, Lviv producer and musician Andrew Arnautov speaks about Marek’s influence, in a story about the LV Café jazz club: «The Music of Free People in Lviv».