19:40 01 November 2021
Tweet
329 0
Even on days that are mostly grey, the clouds over Lviv often seem to break in the evening revealing a spectacular sunset show. Here are some scenes of the spires, domes, and cobbled lanes of Lviv in the gloaming–that poetic word for «twilight.» Compiled by Joe Lindsley. 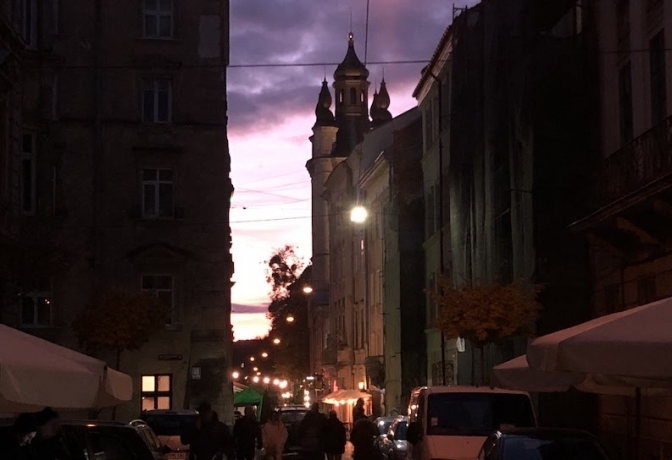 Bewitching late-October clouds cast a purple glow on Armenian (Virmenska) Street and its many cafés whose tables spill onto the cobblestones. Like sentries, or electrical nodes, the cupolas of the Armenian Cathedral point to the sky, in a haunting «Transylvanian» scene. A duo of Ukrainians from a mountain village lately have been singing their haunting melodies at this hour, in this place. 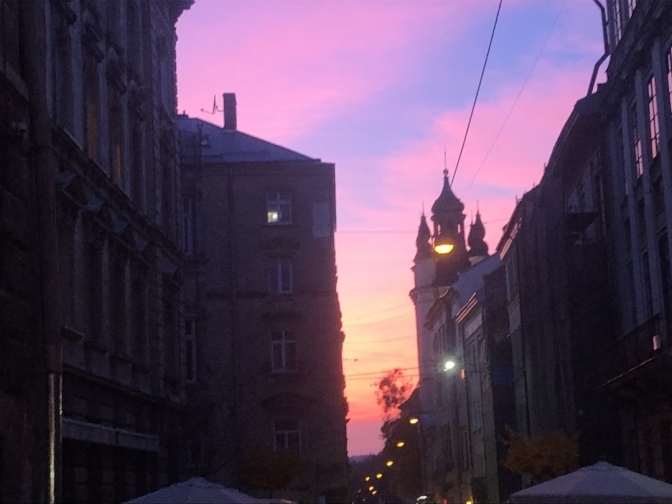 Moments later the whole scene changes into a psychedelic symphony of color. The splotches in the lower middle are another church tower, blotted out by the hanging lights over the street. Turning around, still on Virmenska Street, you are in the heart of the creative, artistic Armenian Quarter of Lviv. Here, in this traffic free zone, is an oasis of conversation, art, and refreshment.

There are the sister-and-brother cafés, Fatsetka and Fatstet («Cool Girl» and «Cool Guy»), popular with musicians, writers, painters, philosophers, etc,; there’s the bar Sino, containing whimsical stone carvings and behind the stained glass door of the former Armenian Club; the coffeehouse Virmenka, traditional a spot for Soviet dissidents and now a place for Armenian (or Turkish) coffee; Choven, the popular beer and pizza pub–sprawling yet still cozy; and at the end, Dzgya, the art gallery, restaurant, and music venue with its whimsical ladder to the sky atop the roof.

Here’s a story from Fatset (Фацет), and here’s a story about Sino, whose co-founder was named a top ten bartender in the world.

Dzgya was the court of the late Markiyan «Marek» Ivashchyshyn, who could be called the impresario of Lviv: the encourager and instigator of a post-Soviet artistic and musical revival. Here’s his story: «At Dzgya, Lviv’s musicians toast their hero Marek, impresario of Lviv.»

[See what’s playing at Dzyga and other venues at our weekly Music List.] 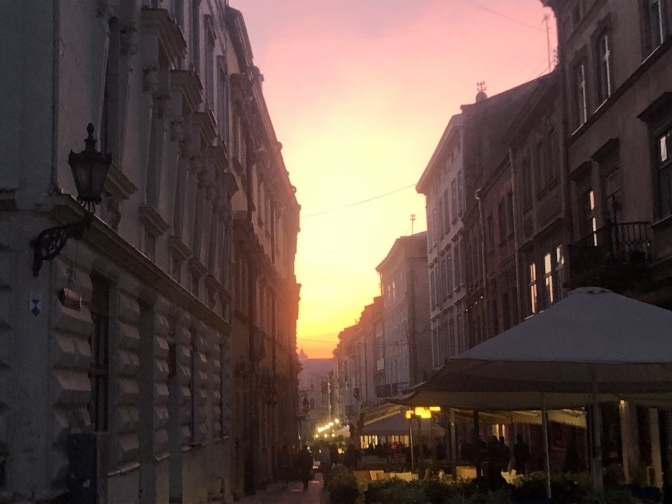 On little Stavropihiiska Street, one block to the south of Virmenska (Armenian), the glow of sunset covers distant hills and the steeple dome of the Greek Catholic Cathedral.

And now zooming out we look at the Lviv skyline from the hill of the Greek Catholic Monastery of St. Michael the Archangel, in two different lights, showing the fantastical, sentry-like white tower, housing the city council, and the three domes of the Orthodox Dormition church. 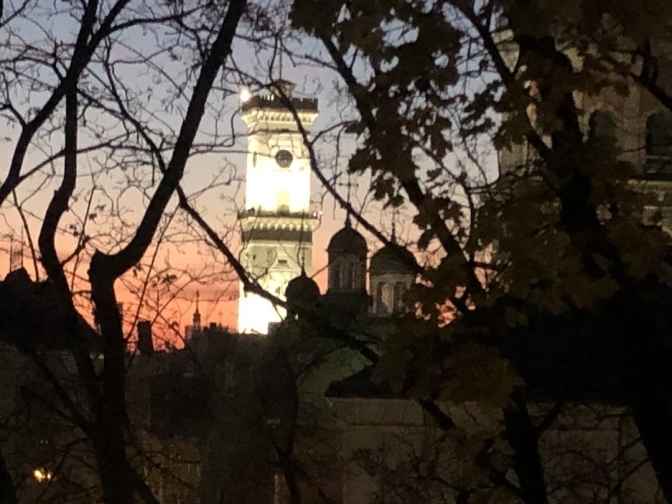 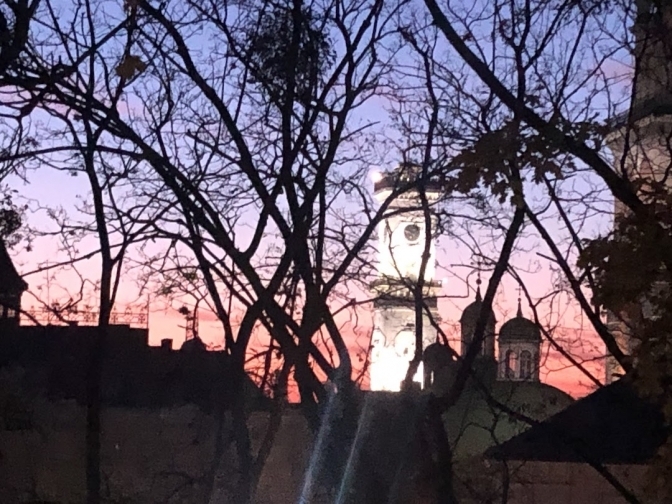