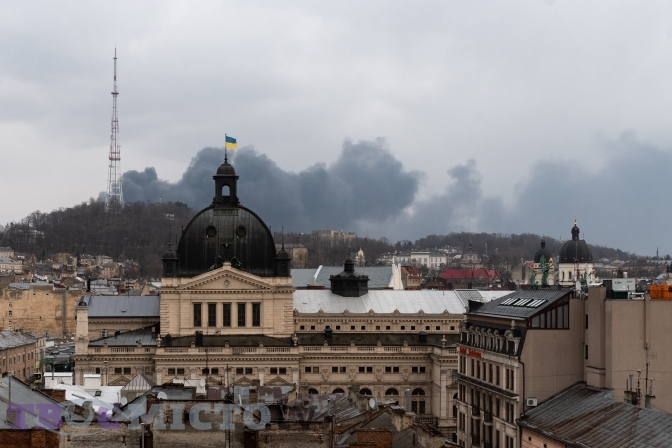 It takes approximately 10 minutes between the announcement of air alarm and the hypothetical missile arrival in Lviv. Retired lieutenant general, ex-deputy chief of staff of the Ukrainian Armed Forces, Ihor Romanenko, explained this in the Lviv Now article.

However, he notes that when missiles fly to Lviv from Belarus, there is very little time to hide, especially if the missile is ballistic.

«I think it’s 10-15 minutes on average. The guys are sitting on monitors, for example, in Zaporizhzhia, looking at radars, seeing air objects and roughly calculating the target. If the hypothetical target of the defeat is Lviv, then they calculate how long it will take for this cruise missile to be in our city, turn on the siren from region to region, and pass on information so that people can hide. If missiles fly from Belarus, there is very little time to hide in Lviv. And if this is a ballistic missile – then a few minutes, and it’s here. It is almost impossible to be brought down,» – warns the former deputy chief of the staff.

Nuclear weapons are not Russia’s advantage. If you can shoot down a conventional missile, you can do the same with missiles with nuclear warheads, says military expert Taras Chmola.

«Tactical [missiles] can be brought down. These are the same cruise missiles, and you can shoot down a cruise missile, regardless of which warhead is in it – high-explosive or some other. It is unrealistic for us to shoot down strategic nuclear missiles today, but their use is unlikely,» – he said.

Even though Russian missiles cause significant damage, both experts believe that the probability of survival is much higher if a person stays in a shelter than if in the open air.

It will be recalled that last time, Russia fired Ukraine with missiles on the evening of May 3. As a result, three substations were damaged, two people got injured and about 630 households were temporarily deprived of electricity.

Tweet
TAGS: nuclear mussiles, can Russia attack Ukraine with nuclear weapons, how lobg does it take between air alarm and missile arrival