10:42 24 January 2022
Tweet
239 0
In a country that, like Ukraine, is partially occupied by Russia, there is wide support for their counterparts across the Black Sea. 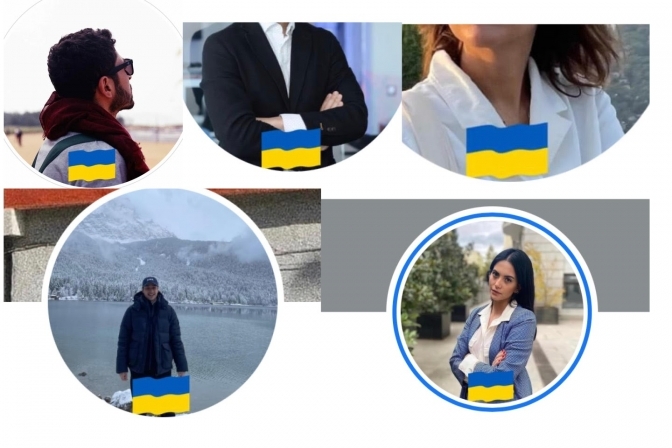 Many Georgians on Facebook are showing support for Ukraine

The past several days, many Georgians I know have added the Ukrainian flag to their Facebook profile photos. This is not surprising: In 2019, I stayed several months in the Black Sea country, and in both my time in Georgia, population 4 million, and here in Ukraine, population 44 million, I have seen a real solidarity between Georgians and Ukrainians, the latter of whom especially like to visit Georgia. Both countries are proud of their cultures and languages, both were part of the Soviet Union, and both currently have territory occupied by Russia.

The Facebook show of support is significant because these Georgians are the first in the world I have seen to make this gesture. Not even Ukrainians have done so, perhaps because despite the global headlines, despite the United States evacuating families of embassy staff, Ukrainians are not feeling unusually stressed by the current situation.

«We’ve been living in a state of war with Russia for almost eight years,» says Ukrainian Konstantyn Chyzhyk, in the Real Ukraine podcast. He was head of office of the President’s Investment Council under the current and prior Ukrainian leaders. «We’ve got almost used it.»

Read more: «White House Staff Asked Me to Leave Simply Because I Had Been in Ukraine.»

Georgians are used to it too, and they have seen in recent years series threats turn into war. As one Ukrainian security expert told me in Kyiv two years ago, «Moscow has been trying to make the Black Sea into its own personal lake, and Ukraine and Georgia stand in the way.»

In April 2008, Russia-backed separatists in the region called South Ossetia bombed a car holding Georigan peacekeeper. The fighters soon began to shell Georgian villages, and the Georgian military responded and arrived in the capital of South Ossetia. Many thought Russia had instigated the situation as a pretext for invading all of Georgia, the birthplace of Joseph Stalin. 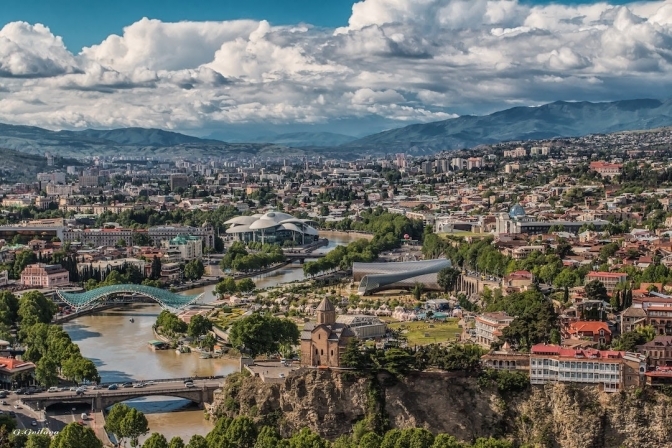 Tbilisi, the capital of Georgia. | Photo by giorgi gvilava on Unsplash

Moscow retook South Ossetia and then moved further into Georgian territory, displacing tens of thousands of Georgians. People in Tbilisi, the capital, felt invasion was imminent. Then, with a ceasefire brokered in part by French president Nicholas Sarkozy, things calmed down from 12 August 2008.

Incidentally, Salome Zourabichvili, who would become Georgia’s president ten years later, was born in Paris to Georgian parents. She had been a high-ranking French diplomat.

To this day, Russia supports the separatists in the regions of Abkhazia, along the Black Sea, and South Ossetia, in the mountains. The road from Tbilisi to the mountain resort of Borjomi passes close to the Russian occupied territories.

According to anecdotal accounts from many Georgians, the Russians sometimes in the middle of the night «kick» the barbed wire further south, slowly expanding their territory. By some accounts, farmers have awakened to find hectares of their land taken and gobbled up by the Russian occupiers.

In 2019, Russia increased its threats against Georgia, and though it was not dominating headlines as Ukraine is now, there was increased tension and fear. Russia banned the import of Georgian wine and stopped direct flights. The catalyst: a Russian orthodox church leader had at in the speaker’s chair in the Georgian parliament prompting massive protests in Tbilisi, almost reminiscent of the beginning of Ukraine’s Euromaidan Revolution and quite similar in vibe: the citizens did not want to be closer to Russia. 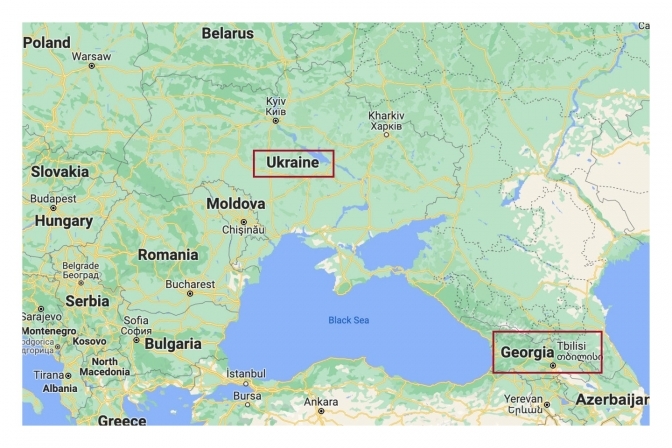 Wedged between Europe and Asia, Georgia called Sakartvelo in its native language is a country of 4 million people, with more than 1 million in the capital city, Tbilisi, known for its hot sulfur springs, its mix of whimsical ancient and inventive modern architecture, and its thriving tech scene.

Relatively small, ranked 119th by size (Ukraine is 45th), Georgia has a wide variety of landscapes: a subtropical Black Sea coast including beaches of black magnetic sand, the high mountains of the Caucasus range bordering Russia, the famed hills of the wine region of Kakheti.

It is widely considered the birthplace of wine, and in the years since independence from the Soviet Union, Georgians have recovered hundreds of varieties of grapes that had been lost due to Stalin’s insistence that only a few varieties be cultivated.

Georgians are known for their music, cuisine, and hospitality, especially for the supra, a regularly celebrated dinner with many shared dishes and a ritual of toasting led by a designated toastmaster, the tamada. The country featured prominently in Greek legends: Jason and the Argonauts landed on the Black Sea coast at Batumi; Prometheus commanded fire from the gods atop Kazbegi, the greatest mountain of Georgia’s Caucasus range.

In recent years some including the leader of the Georgian Orthodox Church and Salome Zourabichvili before she became president have advocated for bringing back the country’s ancient dynasty as a monarchy, to strengthen national majesty in the face of Russia’s extermination attempts.

Georgia’s president during the war with Russia was Mikheil Saakashvili, who strangely later became a Ukrainian citizen and governor of Ukraine’s Odessa oblast.

You can also access the Real Ukraine podcast via Spotify.