16:47 04 Februart 2022
Tweet
888 0
Festival organizers announce a superstar American guest, even as some American officials and their families have evacuated Ukraine amid rumors of war with Russia. 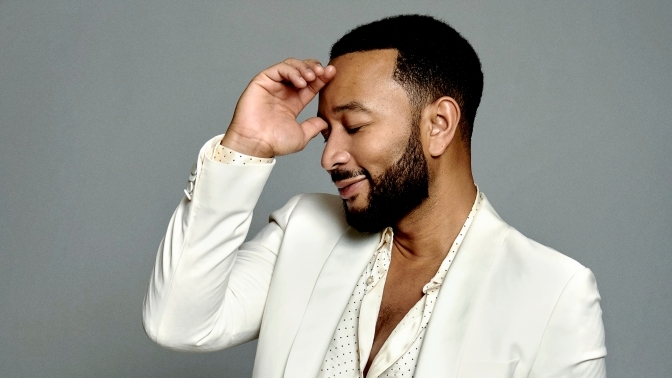 Leopolis Jazz Fest, held every June in Lviv, Ukraine, has announced the name of the first headliner of this year’s festival: John Legend, who will perform on 26 June.

Unlike many music festivals worldwide, such as the famed New Orleans Jazz Fest, the Leopolis Jazz Fest, after skipping 2020, held a festival in 2021, with a testing or vaccine requirement for all visitors. No major Covid outbreak hit the city in the festival’s wake.

John Legend has released seven popular albums in his career, and his work «All Of Me» is one of the best-selling songs of all time.

Some musicians, such as Eric Wortham II, who came to the Fest as Seal’s music director, stuck around in Lviv for days or weeks after the fest.

«There’s an energy of family and community,» Wortham told Lviv Now of why he lingered in Lviv, where he spent time mentoring and playing shows with the city’s jazz musicians at the LV Café, Dzyga, and other venues. «There was no jealousy, but a lot of support and camaraderie, which is the breeding ground for any type of artistic explosion. A great deal of selflessness.»

«Appreciation for the art was at an all time high [in Lviv], as high as any other place I’ve been around the world,» he says.

Soon after he left Lviv, he rejoined the company of Adele, for whom he often plays piano.

The Leopolis Jazz Fest is scheduled for 24-28 June 2022. Ticket sales open in April.

John Legend is the pseudonym of American singer-songwriter John Stevens, who is considered one of the main representatives of neo-soul – a retrospective trend in modern rhythm and blues. The release of Legend’s debut album, Get Lifted (2004), was accompanied by exceptionally warm reviews from music critics, who won him five Grammy Awards.

Despite the succession to the rhythm and blues masters of previous generations mentioned in Legend’s recordings, the artist does not shy away from hip-hop influences.

In September 2013, Legend married model Chrissy Teige on Lake Como. Footage of the wedding ceremony was included in the clip for the ballad «All of Me», which in May 2014 led the most prestigious American hit Billboard Hot 100. A year later, Stevens won an Oscar (for the song «Glory» for the movie «Selma»).