Lviv resident who became the last alchemist in Europe

19:41 10 June 2021
Tweet
424 0
Lviv was always famous not only for its chemists but also ordinary people who constantly «chemicalized» things and invented something. This applied to great scientific discoveries as well as household items. 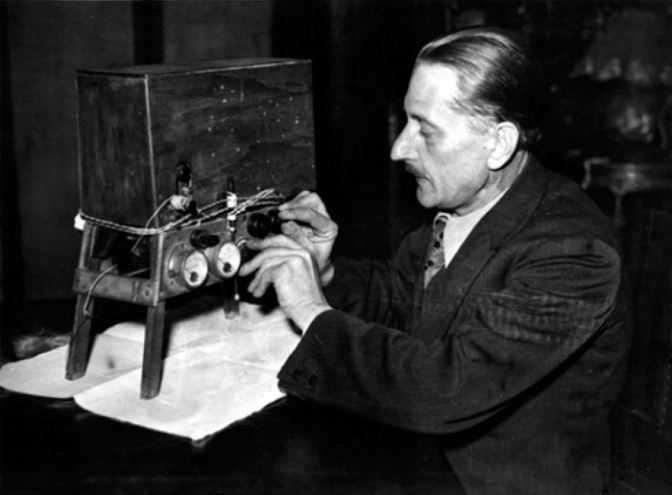 Most major professions in Ukraine have a holiday of their own and on May 30 chemists celebrated their professional feast-day. Lviv guide Oleksandra Dyabina tell us about a famous Lviv scientist, who also was the last real alchemist in Europe. And maybe, in the whole world:

Spring in Lviv has come to its logical and astronomical end. I think it’s not by chance that we celebrate Chemist’s Day on May 30. A specifically scientific professional holiday: what does this have in common with Lviv and its charms? But when we think and explore, we find many elements – both architectural and chemical, which intersect in our multicultural and multi-scientific city.

Lviv air has a chemical ability to influence people creatively, scientifically, and creatively. We have the Lviv Polytechnic’s Faculty of Chemistry of incredible beauty, which is located in a cozy place overlooking the Cathedral of St. George. We even have Khimichna (Chemical) street. And also, we possess a beautiful area with incredible authentic houses and equally authentic residents – Dmytra Mendeleeva street. If we go up its way, we will get to another location related to chemistry and, even more, to alchemy!

This is a palace of incredibly attractive facade on Drahomanova street, 42. This place is known to Lviv residents as a branch of the Andrey Sheptytsky National Museum, but few people know that it was built by order of Professor Emil Dunikovsky, a well-known geologist, geographer, and traveler, who was also a professor at Lviv University. It was he from whom the Metropolitan Andrei bought this palace for his collection of works of ancient Ukrainian art in 1911.

And how is chemistry related to this, you could ask. The answer is that the house was home to the last alchemist in Europe, as the professor’s son Zbigniew Dunikowski is sometimes called. The 18th century Italian alchemist Count Cagliostro is just a pale imitation compared to him.

The professor instilled a love of science, investigation, and experimentation in his son Zbigniew, making him interested in the idea of ​​obtaining precious metals from rocks through a certain influence on them. The interest was so strong, that in the 1920s, Zbigniew invented and patented a unit able to enrich the ore so much that it turned it into gold. The first tests of the author’s invention were successful, but its further improvement was prevented by the World War. Alchemy is a mysterious and dangerous thing that has always attracted bright heads of researchers. During the Middle Ages, alchemy was a common phenomenon. Many scientists were searching for a philosopher’s stone, though few achieved results. But our Lviv Cagliostro is an exception, since he managed to find his philosopher’s stone.

Jan Zbigniew Dunikowski was a chemist, radiophysicist, and inventor. He received technical education and worked for his father Emil Dunikovsky as an assistant at Lviv University. In 1919, he discovered radioactive rays, which he called «Z-rays». He was a father of a large family having four daughters. However, difficult life circumstances, loss of fortune, and his daughter’s illness forced him to leave Lviv. In 1926, the Lviv alchemist left for Italy, and later moved to Monaco. There he worked at the Institute of Oceanography. In 1928, Zbigniew patented car exhaust and dust removal. But the idea of ​​turning enriched ore into gold didn’t give rest to his wise head.

It was Zbigniew Jan Dunikowski who first patented the installation for this purpose in Paris on April 4, 1924. The invention was based on the processing of certain substances with electric current, radiation, and exposure to high temperatures, which led to changes in their molecular structure. Then, there was more than one extremely complicated process of irradiation, heating, remelting, and so on. Finally, it all was completed with the author’s invention – rays that were discovered, according to Zbigniew, by his father Emil, who sold his palace to Metropolitan Andrew.

In the west, these discoveries made a sensation. Zbigniew became a famous professor, but later this title was transformed into mere «alchemist». Science needs money, and alchemy needs particularly much of it. Therefore, Zbigniew attracted significant funds from rich people to build his unit and to conduct experiments.

But such investment in alchemy was not justified and, according to creditors, the court sent Zbigniew to prison for more than three years. However, he was a scientist, not a swindler, so his honor and reputation were affected.

To defend his name, Zbigniew, while still behind bars, conducted his experiment on January 16, 1932, under police supervision. For this purpose he used ore from South America. The experiment failed, and the alchemist’s actions looked unconvincing to the judges and witnesses. He got a second chance on February 4, 1932, and it ended with a fiasco again. Again and again, another device, different locations, but nothing could be proved.

This continued until Zbigniew was released from prison. He had to pay huge sums to creditors to get rid of the title of swindler. The court verdict stated that Dunikovsky’s mysterious process of transforming sand into gold was «an impractical combination of absurdity and contradiction.»

After prison, our hero found himself in Italy, and in 1935, right on this fertile land in the city of San Remo, Dunikovsky finally got his gold! At that moment he received from 409 to 859 grams of gold per ton of ore used. It was a success! The honest name was saved, and the press in Europe and back in Lviv wrote about it loudly.

Later, Dunikowski’s family moved to the Philippines, in the city of Baguio (the most important gold mining center in the country), where they lived until the end of World War II. Unfortunately, during the bombing, Dunikovsky’s philosophical unit was destroyed, and there was no money to create a new one. After the war, Polish authorities didn’t allow Zbigniew to enter, so he had to move to another continent and spent the rest of his life in the United States.

Well, tell me now: isn’t it Lviv’s air? Isn’t it luxurious? A mysterious location on Mendeleeva street, where such a megabrain was formed and developed, our Lviv Cagliostro who holds the honorary title of «the last alchemist in Europe’’ and perhaps, in the whole world.

Author’s column is a reflection of the author’s subjective position. The editorial board of «Tvoe Misto» does not always share the views expressed in the columns, and is ready to give dissenters the opportunity for a reasoned answer.