Video Podcast: Why Ukrainian Christmas is a ‘Superpower Against Tyranny’ 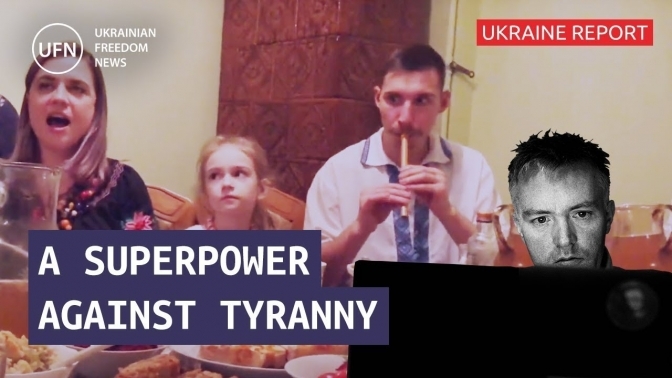 Every weekday of the Russia’s full-scale war on Ukraine, American journalist Joe Lindsley has reported from throughout Ukraine on Chicago’s WGN Radio with host Bob Sirott. Here is his conversation from Thursday 5 January 2022.

In this video you can see scenes of last Christmas, January 2022, in Stryi, Ukraine, not far from Lviv--in those sweet days before the awful war.

I'm an American who got stuck in Ukraine when the pandemic started. Appreciating the free spirit of the Ukrainians, I stayed, and so I also got to experience Ukrainian Greek Catholic Christmas, celebrated January 7, before Russia's full-scale war. Here are sights and sounds of the unique celebrations, narrated by my conversation with Bob Sirott of Chicago's WGN Radio, where I have given a daily report on Ukraine every week day since February.

Ukraine’s Greek Catholics, who constitute the majority of western Ukraine, have the ritual, liturgy, calendar, and style, e.g., married priests, of the eastern orthodox but since the 17th century they have been in full communion with the pope and the Roman Catholic Church. Because of this, Lviv and its surrounding region is a place where east and west, old and new, merge and thrive together.

Joe Lindsley, founder of UkrainianFreedomNews.com, was the launch editor of LvivNow.com in 2021.