14:22 29 October 2021
Tweet
158 0
In the village of Pidhaichyky, not far from Lviv, a renovated museum and cultural space «Na Untervalu» (the name comes from the German In Unterwalden, which means «under forest») was opened, which shows what life was like in the Galician village centuries ago. The museum is located on the way to such famous tourist attractions as Zolochiv and Pidhirtsi castles. 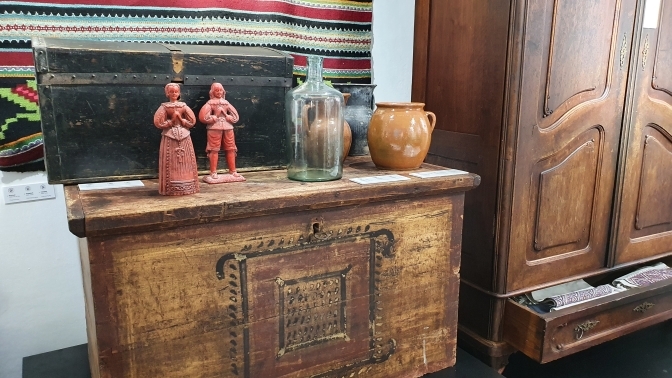 The museum-cultural space «Na Untervalu» shows how four different cultures developed over 150 years: Ukrainian, German, Jewish, and Polish. As of today, there are 120 exhibits in the museum’s register. The most interesting thing is that for two and half years, authentic objects were collected from houses in the village of Pidhaychyky and surrounding villages. 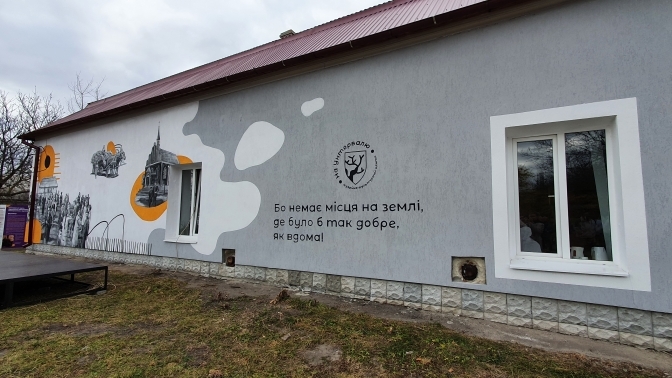 Currently, the museum presents only part of the exhibits that have been collected, the rest is stored in the Ukrainian cultural fund. The exposition is planned to be made dynamic and constantly updated.

Bohdana Hevko, a resident of the village of Pidhaichyky, says that this museum was built by the residents of the whole village. People brought various exhibits if they found something old in their house. 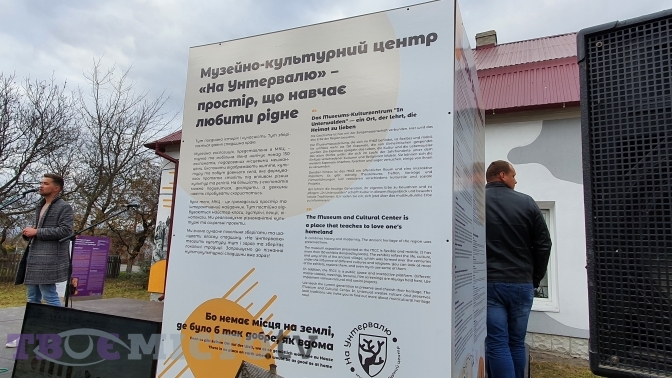 «I have had a chopper at home since 1898, and I plan to bring it as well. People told each other that old things were being collected in the village. Someone brought a chip (cork for a barrel), someone – a rake, someone – a chest, and someone a millstone «, – she said. 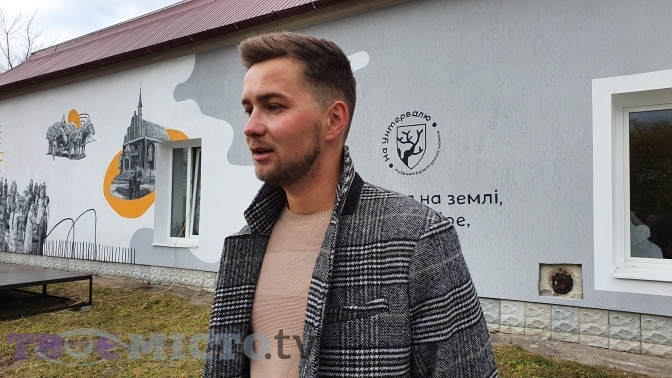 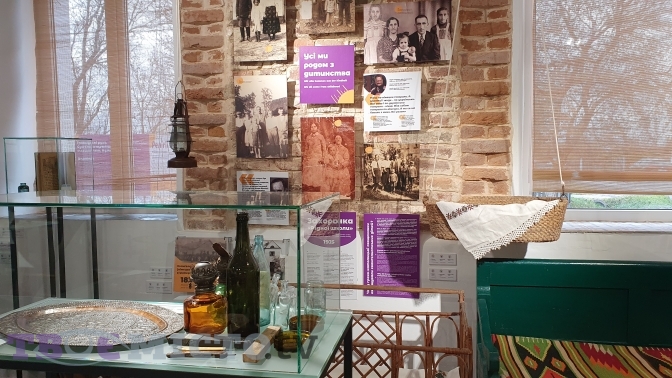 Stanislav Klosovsky is the main inspirer and curator of the museum, who grew up in this village and could not se the authentic things that lost their relevance being simply thrown away.

He says that in general, the museum tells what it was like to be human 90 years ago and live here.

«The fact is that we did not buy any exhibits, they were all given to us by local residents. There is a very important thing. We have a box about which we shot an educational video, it came to us in 1935 from New York. This is probably not the only item that came within a few thousand kilometers,» – he said.

One family who was working in America returned to the village with this chest for storage (skrynia in Ukrainian). They came here, bought a house, and land. The man later returned to the United States, but with the outbreak of World War II he was unable to return to Ukraine. His wife and children remained in the village, and she kept this suitcase all her life, and his granddaughter passed it on to our museum. 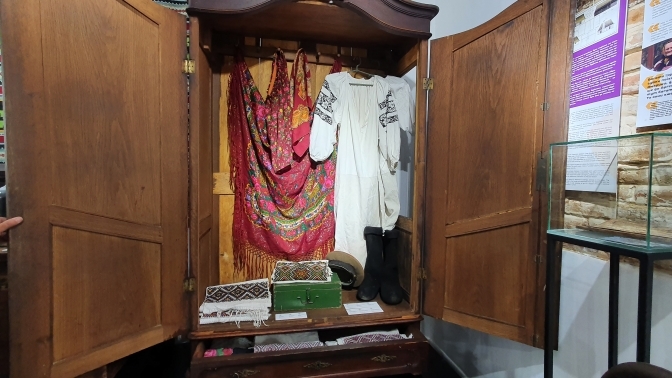 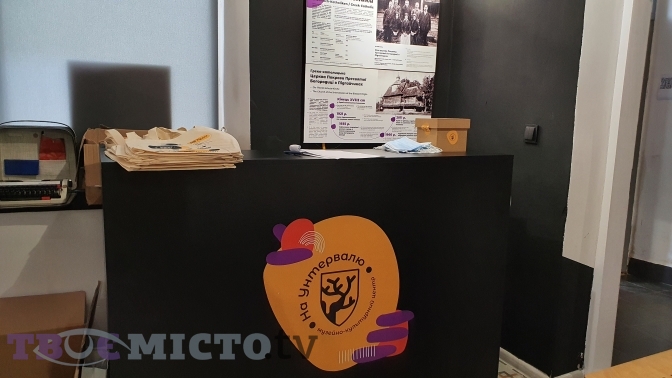 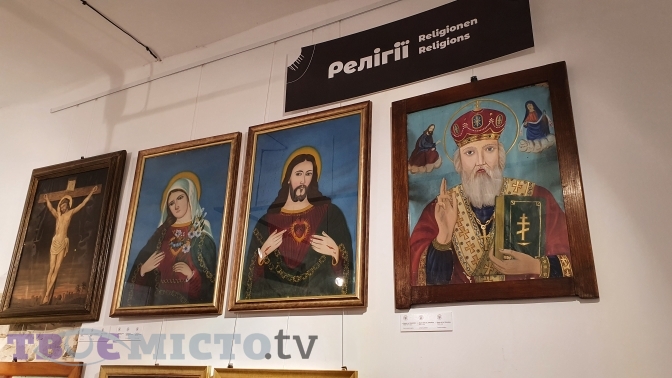 The oldest item in the exhibition is a chest for storing things, it is preserved in such good condition that you can see even an authentic painting.

«This is a very valuable chest, it is more than 100 years old, it came to us from the village of Zhuravtsi and it has a very interesting, authentic painting for this region, it is completely preserved. There is also a small jewelry box, which also came from America, from New York. You can take all this in hand and try to open and close it,» – Stanislav Klosovsky adds. 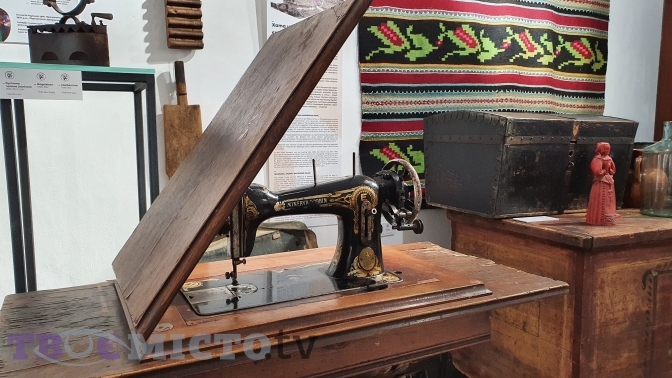 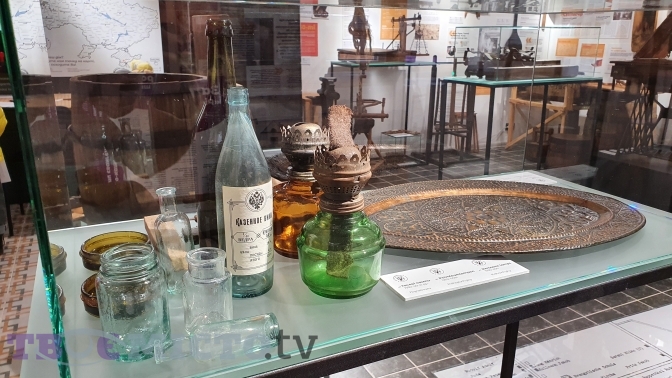 The peculiarity of the museum is that most of the exhibits are not hidden from visitors behind glass windows – people can take them in hand and feel their atmosphere.

The museum also has a corner where you can see how authentic things can be used in modern interiors. This all must help people appreciate and preserve the history contained in old things that are present in almost every Ukrainian home.

The museum also has a special corner where each guest can leave a memory of himself – his feedback, donation for the development of the museum, and a point on the map, where his house is located.

After a tour of the museum, you can try a number of interactives, including practicing embroidery, hearing and seeing the stories of local residents about the multicultural past of the region and even make a memory card-linocut. 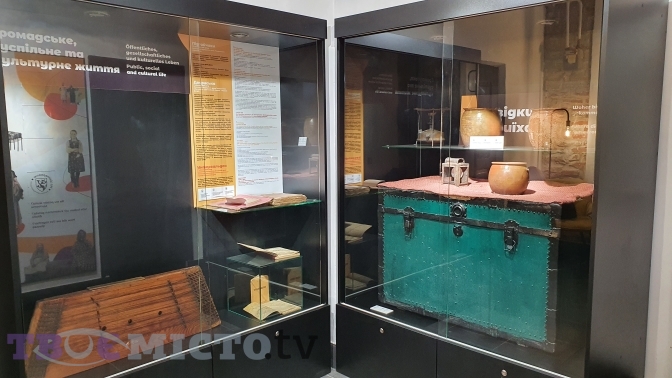 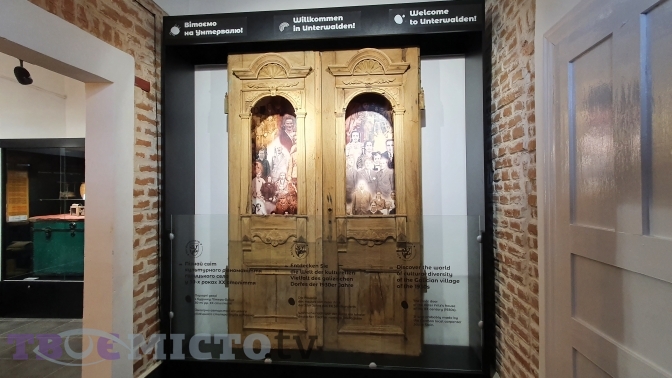 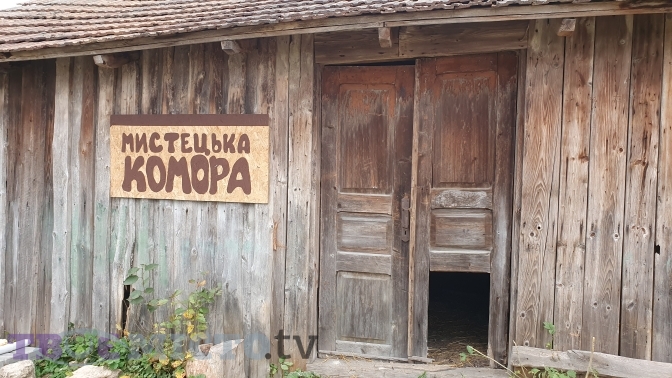 How to get there

If you plan to drive your own car from Lviv, then choose the road to Zolochiv from Vynnyky. If you go by public transport, buses depart from the bus station on Lychakivska Street in this direction every 20 minutes. An important detail: in the navigator, choose Pidhaychyky in Zolochiv district, because there is a village with this name in Ivano-Frankivsk region.