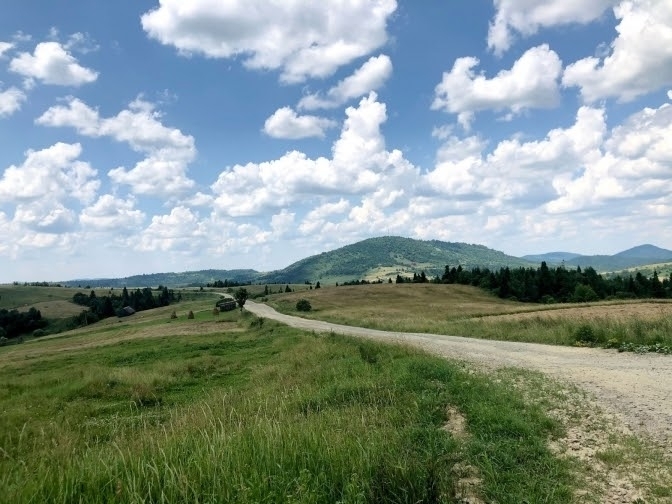 Note: As in all these stories the names are changed except those in bold. The pseudonyms have no particular significance.

With a visiting American friend, I went running up to the High Castle hill for a cityview and a breeze amid the trees on a day that was melting. As we ran swiftly, my friend, John, suddenly said, «You worked for the people who started wars –»

«Why do you think they started the wars?»

Memories, anger, confusion hit my brain. Just the day before, some of the last U.S. troops had left Afghanistan, a country of 40 million, more or less the same population as Ukraine. Twenty years there, for what!

I had indeed worked for the people who started wars. My first job out of college was at a magazine during the George W. Bush years which some called the «in-flight magazine of Air Force One.» Since 1997 the magazine had been pushing for regime change in Iraq, and after 9/11 it was a leading voice for war in Iraq and Afghanistan.

«There are many motives.»

«Nah,» I said, still focused on breathing and running.

«Yeah, I mean how much did they make from oil in Iraq?»

«Yeah oil was not a main reason,» I said. «When you want to go to war you need a coalition. It can’t just be you, so you find the people who might be interested for small reasons, like nice business deals and oil. So in this sense, there are many motives.»

«But why did the people you worked with want to go to war?»

My lungs heaved and my eyes grew blurry as we navigated a narrow forest trail at the base of the Bald Mountain. This summoned in mind the madness of Modest Mussorgsky’s «Night on Bald Mountain,» featured in a ghoulish scene of Disney’s The Sorcerer’s Apprentice. In those days in DC; later, in New York; working for the powerful chairman of the Fox News channel: I felt like the sorcerer’s apprentice, a little mickey mouse to those people who have the influence to start, stop, continue wars.

Because we were running I had an excuse not to answer swiftly: breathing. But I soon mustered some words:

«Sometimes, I think Afghanistan has been the temple where we sacrifice our blood to keep our planes in the sky,» I said.

«To keep us safe, some think» –I paused to run up a small hill –

«Some think we have to fight smaller wars, as a warning against big powers, as something to keep the military sharp. The long wars also make the war-creators permanently important. They have an almost spiritual belief that a nation can’t be great without war. There’s even a Long War Journal blog that has announced this idea from the beginning of the War on Terror.»

«They really believe that, that they are keeping America safe?» John asked.

«I think the main war-ideologues do believe this. But there’s something else» –I reached for breath – «which I’ll tell you later.»

These thoughts attacked my system. I ran to be free of such thinking. I felt the clashing chords and maddening pace of «Night on Bald Mountain»: the forest spun, I was dizzy.

«We can stop here, there’s something to see,» I said.

We entered the open gates of what looked like a farm or junkyard, on the side of the Bald Mountain: an animal refuge. Soon we were looking through an outdoor caged area with a half dozen foxes, smiling, jumping around.

I kept thinking of the foxes: of my time as protégé to the founder of Fox’s Roger Ailes, a man who had the power to prevent people from becoming president, a man who could help persuade a nation to go to war or to resist it. Was it his choice? If I hadn’t quit and fled in a car chase, would it have been my choice one day? I looked at the sly fox smiles.

That weekend, with a group of American and Ukrainian friends, I went to the Carpathian mountains way off the common routes, in a small village after more than an hour driving a jaggedy dirt road.

On the front porch, as a grey-pink storm sky formed, we were drinking samohonka, Ukrainian moonshine, while the groundskeeper built a fire in the outdoor kitchen. My friend Ivan was preparing to make shashlik, Urkainian barbecue, while in the kitchen Julie and Tata prepared vegetables. 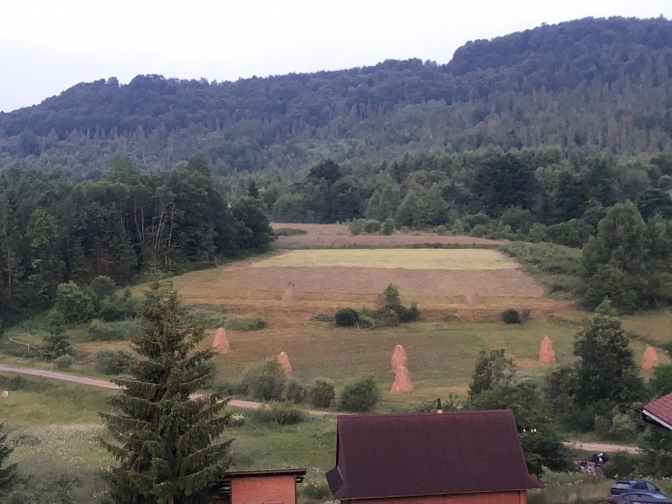 Across from us: a high ridge of evergreens in many shades of dark green. They were not moving noticeably, but they seemed to be frozen dancing people – it was wild!

I could see peasants: a man with a hat dancing with a woman in a dress while others stood around in a circle and up the mountain someone sat on a stool, maybe playing a beat box.

«Imagine you’re in this village in prior centuries,» John said. «You don’t know what else is happening in the world, and suddenly an invading army comes in, and says ‘we own you now.’»

Back to the war question.

John pulled out his notebook. He had written down the «possible reasons for war,» which I had muttered while running.

«Can we narrow this down?» He was set on finding some answer, which I appreciated. I could more easily think about this topic far away in the hidden mountains, with calming views and more oxygen.

«All these reasons--security; ego; oil; business deals; saving face; President W getting vengeance against Saddam for his dad, President George H.W. Bush; or maybe, as I think after I had dinner with George and Barbara Bush, W proving to HW that he was a real man: forget all that. W didn’t want to go to war originally. He was, rather, persuaded by the people I worked for.» 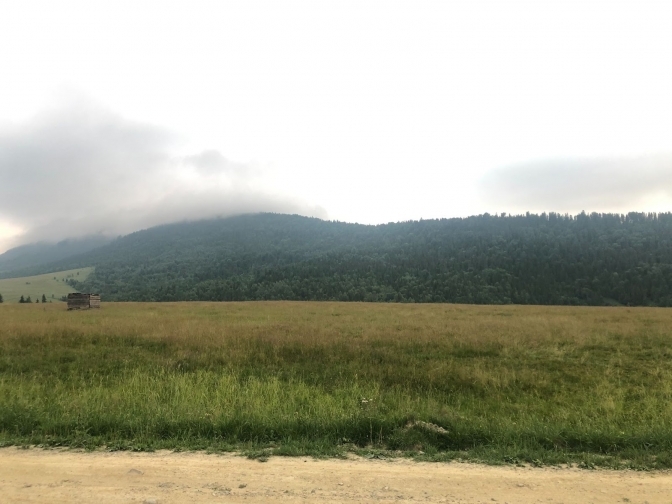 «And they believed they were keeping us safe, right?»

«Everyone I knew in the world of power, they were running from some childhood demon or insecurity. One of them, his father was a famous American thinker. So what could the son do, how could he top that? You create your own importance, expertise, you make yourself necessary.

«As a war expert, you cloak your life in solemn self-imposed drapes of duty, it gives you meaning. They don’t know how to build relationships with people outside of political or moral arguments and alliances. I know this because I used to be this way.»

«My mentor, Ailes, he loved being in command. It was like he was playing a video game, it gave him some purpose. We had no friends or close family ties, but we had a good excuse: we were busy saving the nation, so we could avoid our own turmoil.»

The other friends came onto the porch. Supper, a feast of mushrooms and shashlik, Ukrainian pork barbecue, grilled in the outdoor fireplace. John and Julie started selecting Texas music from a phone.

«Texas and western Ukraine, I think they have a lot in common,» Julie said.

«Free places,» I said. «Some culture, some identity, something to hold on to outside of the global media paradigm.»

«Your flag decal won’t get you into heaven anymore,» he sang. «They’re already overcrowded with your dirty little war.»

«He was singing about Iraq, Afghanistan,» John said.

«I love how he used the word ‘anymore,’« I said. «It’s hilarious, like oh maybe this used to work but sorry heaven’s full. It’s the American McDonalds version of heaven. If you wear a flag, if you join the right protests, you’re good. No mystery, simple and clear.»

«By the way,» John said, «I have been thinking of this idea: of how many presidents when running for office opposed wars of intervention, but then they always get a vice president who is a CIA guy or a war guy.»

But we all stopped talking and started tapping feet and everyone was singing and dancing and letting the music take over.

The hay bales in the field under the crescent moon seemed to be watching. Were the trees still dancing? Who was listening! That old way of thinking that made me feel so important. I heard the haunting tones of «Bald Mountain» again but I took a swig of drink and threw myself all the more into this Texas-Ukraine moment as we moved on to the next song--I don’t remember what but it was just good ol’, good-time music, perhaps like what those peasants in frozen outline in the trees had been hearing. 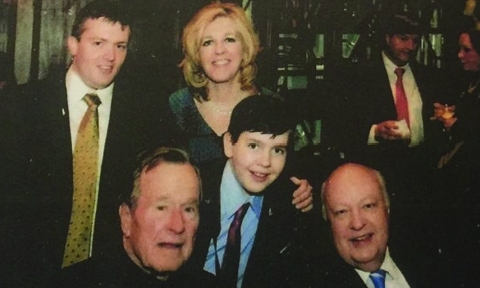 More in this series:

«PEOPLE NEED TO BE SCARED OF BEING FAKE.» LVIV STORIES

«Maybe your mission here is to write the truth. Maybe you can’t tell the truth in America. Here, in Ukraine we don’t often get the truth, but we still want it. So start telling it.»