18:58 07 December 2021
Tweet
1111 0
If you listen to the punchy, dark, and fast song «Textbooks» while contemplating Pooh Bear, in the colors of the flag of Communist China, you can feel something dire: a little sense of the terror of the people of Hong Kong, or the Uighuyrs, or the people of Belarus. And you can hear the ongoing cry of Ukraine’s 2014 Revolution of Dignity. 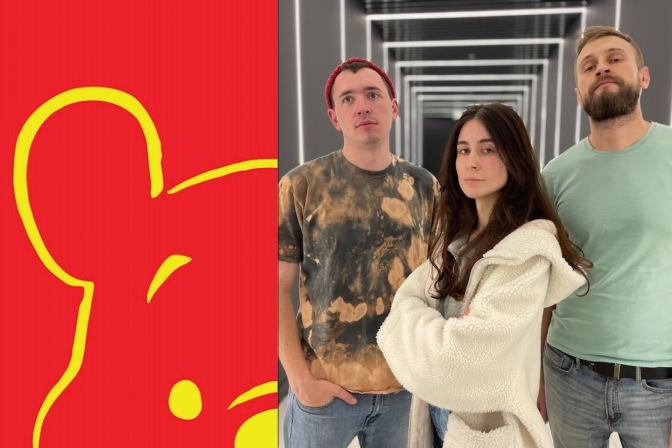 Dity Inzheneriv, or Children of Engineers, are a new Ukrainian band who quietly released last month a single in their native language, with the calm name, «Textbooks» («Підручники»). But the song, and its cover art, is a bold volley at one of the world’s most powerful regimes: It’s an image of the cartoon-bear Winnie-the-Pooh.

In China, the image of «Pooh Bear» is illegal. Why? Because many people think that the character–described as a harmless «chubby little cubby» in an easygoing Disney song–resembles Chinese President Xi Jinping. Before Beijing banned Winnie the Pooh, people frequently shared the image on Chinese social media, either as secret code or open disdain for the communist regime. Such free speech is not tolerated in China.

Serhii Pukhov, bass player and songwriter for Dity Inzheneriv, believes that as a punk rocker he should be political. And he chose this image to send a clear message. In July 2021 Ukraine unexpectedly withdrew its signature from a Canada-led statement in which 40 nations criticized the Chinese Communist Party’s treatment of the Muslim Uyghur people in Nothwest China.

Days later, Chinese state media praised Ukraine for «get[ing] rid of its dependence on the West.» Then, 4 July, Beijing announced it had signed a massive joint infrastructure deal with Ukraine. 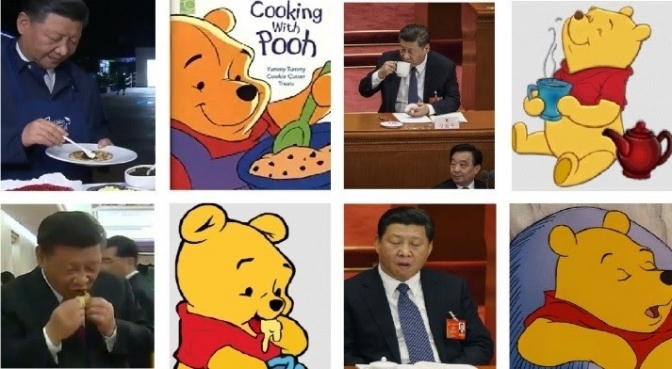 Angered by Kyiv’s refusal to stand with the Uighur people, Serhii, a software engineer by day, wrote «Textbooks.» He told me that his lyrics «reflect aggressive politics from China that push politicians like Ukrainian ones in many different ways. China is trying to impact a lot of politicians and regimes in different countries.»

«I would love if [the Hong Kongers and the Uighurs could at least understand that there are some people in the world who support them,» Serhii says, «but I also want Ukrainian people to realize this problem,»

«Let’s be silent together / remember who we are and where we are going,» he wrote. «[I]t’s time to clear the lexicon / our textbooks are made in china / our textbooks.»

«[Those words are] not about keeping quiet,» Serhii says. «It’s more about staying focused.»

He wants Ukrainians, who this year are celebrating 30 years of independence from the Communist Soviet Union, to pause and remember the spirit of the Revolution of Dignity. Serhii saw Ukraine’s friendliness with Beijing as a slap against the spirit of the revolution, which had served as inspiration for many Hong Kongers in recent years.

In 2019 hundreds of thousands of Hong Kongers took to the streets in protest of Beijing’s increased attempts to take away their liberties. They carried the banners of Britain and the USA but also the Ukrainian flag. According to some reports, Hong Kongers gathered in the streets to watch the Netflix documentary Winter on Fire: Ukraine’s Fight for Freedom.

But during the pandemic in June 2020, in violation of its treaty with the United Kingdom which was meant to secure long-term liberty for the city-state, China silenced dissent in Hong Kong by imposing a «national security law.» There are no longer such public protests, no longer people waving American, British, and Ukrainian flags. 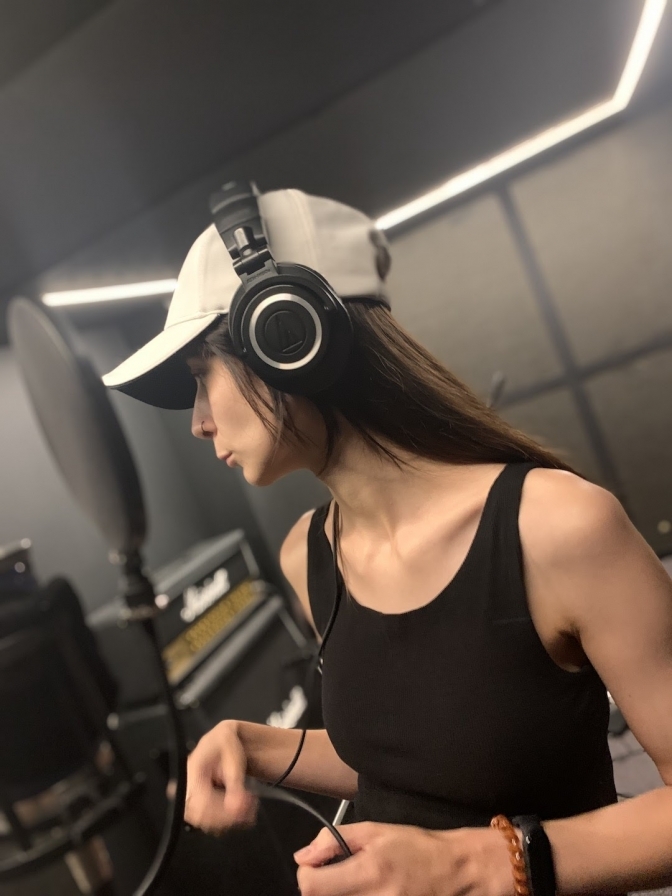 The challenge is great: the oppressors are powerful

Speaking together, Serhii and I went through the lines of «Textbooks.»

«There’s another thing that requires attention from the lyrics,» he said. «I feel sad to talk about it.»

He then quoted two lines, which he translated thus:

«hold on, we will not get any help

I wish both of us can stand through.»

«This reflects my belief that unfortunately the Chinese government right now is too powerful,» he said. «I can do nothing to stop it and the protestors cannot do much. That’s part of the story of this song, this whole situation, not just with China but also Belarus and Russia, it’s depressing.»

But he still wants the song to be encouraging, to have impact, including these words: «[O]nly for the brave ones they write songs,» he wrote. «[O]nly for them the fingers hit the strings.»

The sing-song melody of the Winnie the Pooh theme is a jarring contrast with the oppression Chinese dissidents say they face. Zooey Deschanel and M. Ward sing this version.

Serhii says he’s trying to «bring back Ukrainian rock culture,» and he wants to do so only in the Ukrainian language. He is one of a growing number of young people who as a kid spoke Russian–his Ukraine-born father is ethnic Russian–but now chiefly speaks Ukrainian.

«I speak Ukrainian with people I do not know on the streets but with my friends who speak Russian I still speak Russian,» he said. «I was really glad to work for six months for a Lviv company [Lviv is a Ukrainian-speaking city]. I was speaking at work only Ukrainian and it was beautiful. Somehow there is still a lot of Russian language here [in Ukraine] but I think time will fix that.» 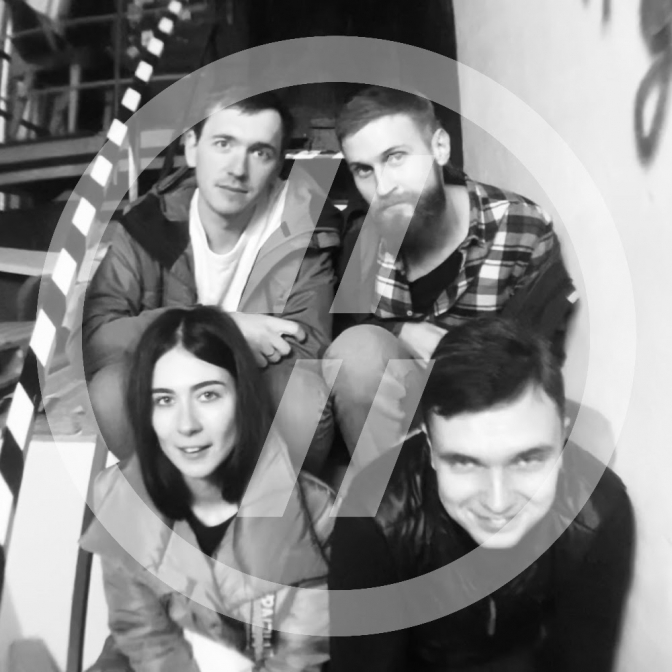 Dity Inzheneriv wants to create a smart type of rock music: more thoughtful and harder to create than mere electronic music. In our conversation, Serhii spoke about political theory, human rights, and the efforts to battle corruption in Ukraine. During Euromaidan, he said, «I started thinking about freedom … but that’s such a buzz word. I started thinking about human rights and the origin and purpose of government.»

He’s continued to pay attention. «There are freakish stories regarding China [these days], the latest one that I heard, this female tennis player who disappeared [the story of Peng Shuai]. It would be great if people would try to understand it as well.» In the summer, Serhii visited Montenegro and saw firsthand the Chinese-built and unused bridge that has put the small country in nearly a billion U.S. dollars of debt and has hindered its chances of entering the European Union.

He wants Ukrainians to be aware of the costs of working with such a regime as Beijing. He’s not alone in this effort. In Kyiv, Arthur Kharytonov, a Liberal Democrat political activist, and his team at the Free Hong Kong Center monitor the human rights situations in China, Hong Kong, and Belarus. It was through a Kharytonov Facebook post that I first heard of Dity Inzhinerev, though the band and the activist are not connected.

Read more: «In Ukraine-China Relations, Where Goes the Spirit of Maidan?»

And, as Lviv Now has reported, a group of musicians from Ohio, USA; Belarus; and Ukraine have joined forces in Lviv to create Slavalachia, «a folk alliance [aimed at] finding new routes of supporting each other.»

Based in Kyiv, three of Dity Inzheneriv’s members hail from Chernihiv, a city of 285,200 north of the capital, near Belarus. The band’s name reflects their hard-working roots–Serhii’s mom and dad are both engineers.

Music helps him get through life on a daily basis.

«Music helps my life run much smoother. … an analogy: When i go outside of my apartment when it’s a sunny day, I don’t feel like I»m in this post-Soviet district with everything made of concrete, of 50 shades of gray, but when it’s not sunny, when it’s cloudy and rainy, it’s really depressing and you need to find a way to fight with that. especially with that music really helps me because if I need to get from point A to point B, I always use my headphones and it’s not a big challenge anymore, if you know what i mean.»

«Welcome to Ukraine, punk» was the band’s first album, with five songs in Ukrainian. The name of the album comes from the chorus of the first song in the list, that has a meaning like «since you were born in Ukraine, prepare to handle the problems.» The album also features «Chester,» a tribute to Chester Bennington, lead vocalist of Linkin Park, who died by suicide in 2017.

«Prognosis» includes the line, in English: «Welcome to Ukraine, punk»

You can access their music across multiple platforms via this link.

Winnie the Pooh is a character created by English writer A.A. Milne and illustrator E.H. Shephard in the 1920s.

composed and translated by Serhii Pukov

and remember who we are and where we are going

it’s time to clear the lexicon

our textbooks are made in china

big brother presses as he can

hold on, we will not get any help

I wish both of us can stand through.

that there are whole worlds between us

are made in china

everyone in freedom saw the essence

only the brave ones can taste it

only for the brave ones they write songs

only for them the fingers hit the strings