14:29 27 December 2021
Tweet
589 0
As the world media sees Ukraine mainly as a target of Russia, here is music to showcase the varied and vibrant musical culture of the country, which is the largest nation fully within Europe. 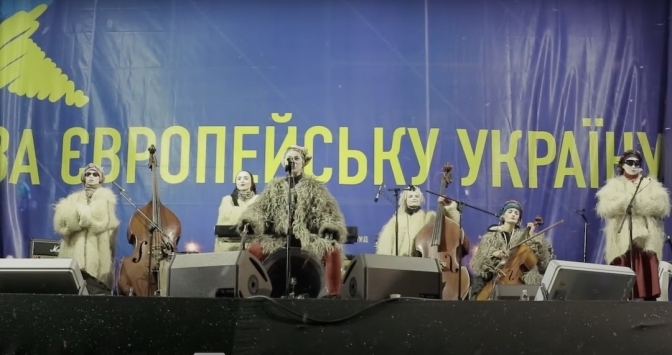 We regularly offer you a playlist of Ukrainian music, curated by a revolving crew of guest-editors. This week’s selections come from Joe Lindsley, an American and the editor of Lviv Now.

Information about the selected songs:

Read more: «A Musician-Physicist Who Chronicles and Sometimes Steers the Story of Ukraine.»

Here you can see a video of their performance in December 2013 during the wild, fearful, and hopeful days of the Euromaidan Revolution, which ultimately resulted, in February 2014, with the pro-Moscow regime fleeing to Russia and a new dawn of Ukrainian independence and culture.

You can find more playlists and previous versions of this column here.