A Rynok Square house where a king fell in love. The history

10:41 04 November 2021
Tweet
323 0
Today, we will tell you the history of the kamianytsia (house made of stone), on Rynok Square where the cafe «Svit Kavy» (World of Coffee) is located now, and about the sights nearby. 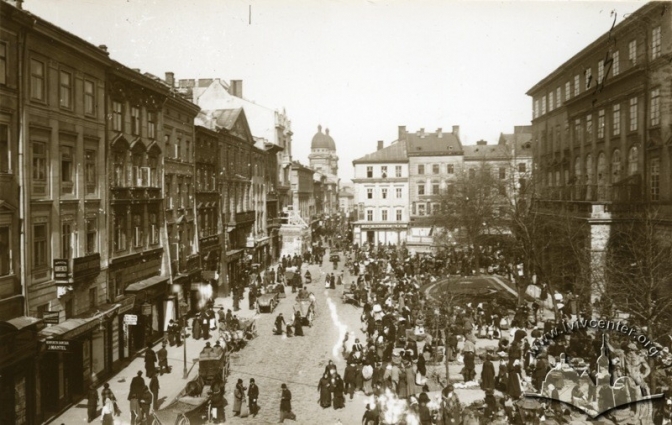 The history of the stone building, which now houses the cafe «Svit Kavy«, is pretty old. Centuries ago, another Gothic house had stood in its place, before it was destroyed by fire in 1527. Because of this, the city decided to build a new stone house on that site in the 16th century. Its owner was the burgher Jakub Regula, after whom its name derives. Later, the owners changed, but even in 1767, in the city’s tax list the place was recorded as a «Regulovska kamianytsia». 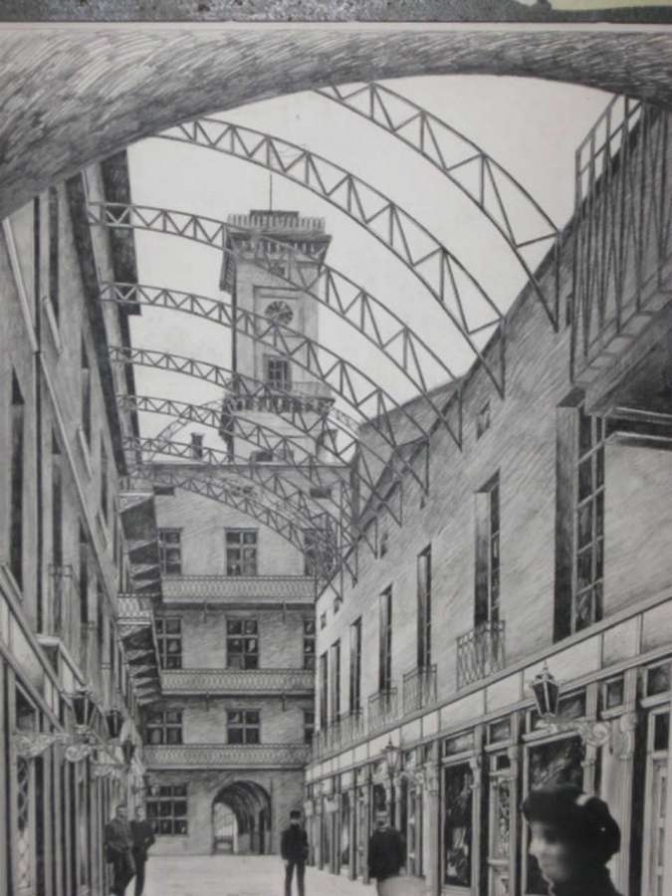 Passage of Andreolli in the early twentieth century.

This house is associated with an ancient love story, which dates back to the first half of the 17th century. Olena Lukianova, the organizer of cultural and leisure activities in the stone house, says that in 1634, King Wladyslaw IV of Poland visited Lviv. Once, as he was passing Rynok Square, he saw a beautiful girl who greeted him from one of the windows in house number 30. One look was enough to fall in love for the entire life.

This girl’s name was Jadwiga Luzhkovska, she was the daughter of an impoverished merchant. The king later decided to take her to his palace in Warsaw, but this caused great indignation in higher circles, as they considered her unequal to the king. The sovereign later married the Austrian princess Cecilia Renata, but even after that Jadwiga lived in the royal palace.

«The girl was moved to another place only when the new queen got interested in who it was, but this did not interfere with love. The king constantly spent his free time in the palace of Jadwiga. Many years later, the king’s wife died, he was remarried, but nothing prevented this love, which originated in Lviv,» – Olena Lukyanova says.

The stone building where love at first sight occurred, stood on this site until 1772, when Lviv was adjoined to the Austrian empire. After that, it was dismantled in order for a house of Deputy Judge Anton Dobrytsky to be built. Later, in the 19th century, the building was frequently being renovated, including staircases, bathrooms, and outbuildings. At the end of the 19th century, a staircase was installed in the townhouse, designed by the architect Leopold Varhalovsky.

A few years later, a representative of a well-known entrepreneurs’ family, Henryk Baczewski (familial namesake of the restaurant around the corner), bought the Regulowska kamianytsia. At his request, the architectural bureau of Michal Ulyam reconstructed the stairwell, replaced the vault with a metal ceiling, and rebuilt some walls in 1912.

In 1931, architect Ludwik Welze designed a showcase on the ground floor for a wholesale textiles store. The shop «Fabric» existed here also during Soviet times. After the restoration in the beginning of 21st century, a cafe was arranged on its ground floor and in the cellars.

Next to the Regulowska stone house is the glorious passage of Andreolli and another kamianytsia of the last Polish military commandant of Lviv F. Korytowski. It later became the property of a confectioner who came from Switzerland, Domenico Andreolli.

The passage is located in the heart of the city – on Rynok Square, 29, and is one of the oldest passages in Lviv. In 1803, Andreolli opened a confectionery here. Later, the passage between these houses was named in his honor. This establishment has successfully existed in the city for more than 50 years.

Later, a small bazaar was arranged here, there were also several shops, and piles of various goods were laid on the sidewalks under the walls.

In 1850, the first postage stamps in Lviv were sold in Fedorovsky’s shop located in a former Dominique Andreolli’s house. In the 18th century, a passage from Rynok Square to Teatralna Street was built on the road between the two old stone houses, which gave it the name «Andreolli Passage».

Korytovska kamianytsia itself was built in 1766-1768 on the site of two early Renaissance buildings. The plot on which the house stands consisted of two plots. One of them was occupied by the townhouse of the patrician families of the Campians, the Scharfenbergs (Ostrogurskys), and the Grossvayers, and the other one was occupied by the house of Stanislaw Dybovytsky (Dybovych), the court physician of King Sigismund III Vasa. From 1765 both plots belonged to Felitsyan Korytovsky, the commandant of Lviv. He bought land, but had no money to build a new home. The profits of the commandant of Lviv in impoverished Poland at that time were quite small. 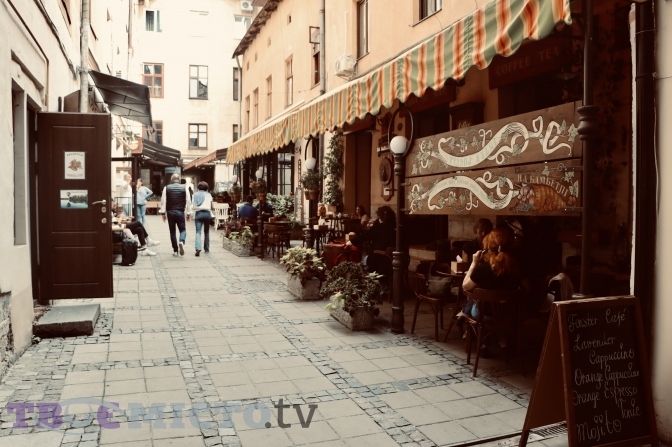 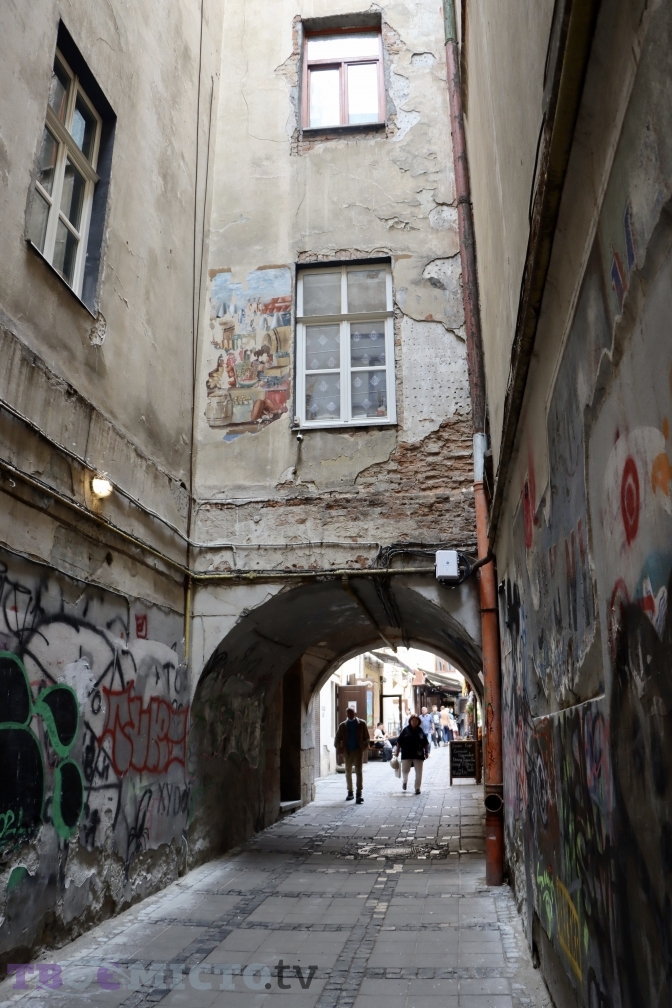 The tenement house was owned by the Andreolli family for almost 70 years, perhaps the longest among similar establishments in Lviv.

The building is four-storey, brick, plastered, in plan – rectangular. On the facade, rusty blades are arranged, a balcony with a balustrade hangs above the lower tier. On the floors, there are five rectangular windows.

In Soviet times, the passage facilities were converted into apartments. Now they are gradually being rebuilt for trade and gastronomic functions, and the passage is very popular with visitors. 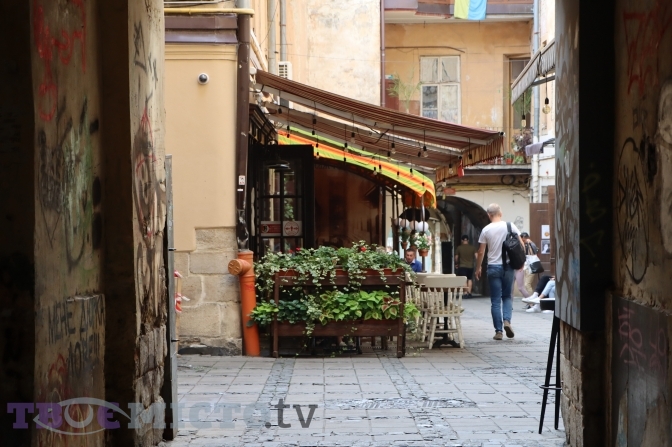 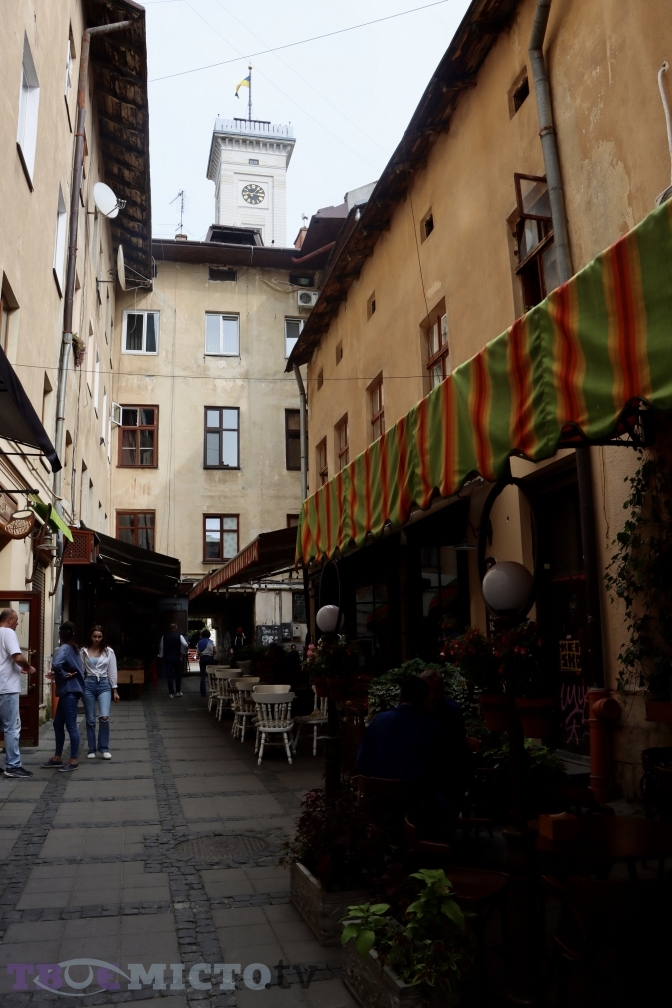 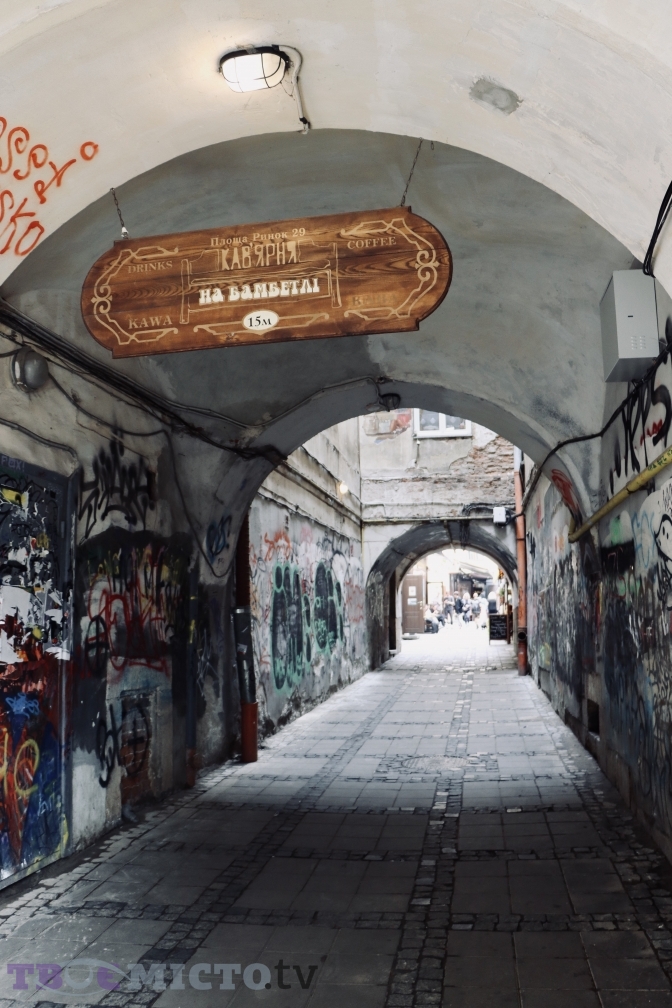