13:27 12 May 2022
Tweet
436 0
Historian and professor at Yale University, Timothy Snyder, gave a speech «Why is Ukraine’s victory important for the world?» at the invitation of the Kyiv Security Forum. We publish its text version. 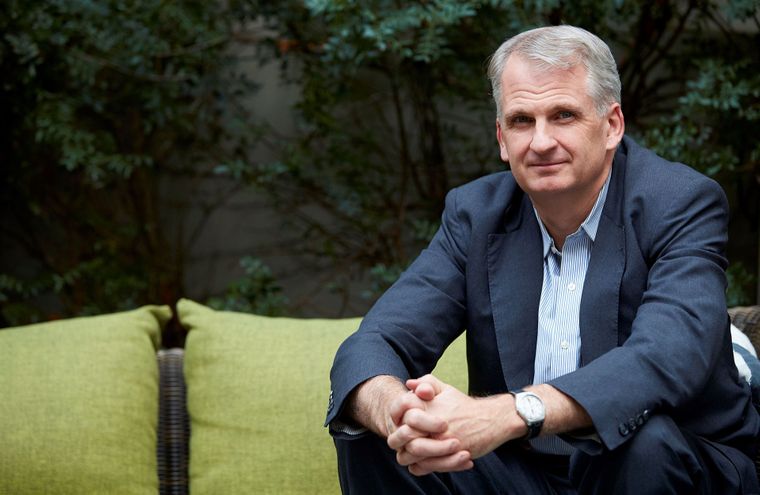 «This May, we are all thinking about victory, or at least the end of the war. I’m going to tell you about the significance of this war, how it might end and how it should end.

I’d like to give ten reasons why we ought to be thinking in terms of Ukrainian victory.

The first reason, the fundamental one: the victory of Ukraine, in my opinion, is the only way to achieve peace. Presumably, all same people would like for this war to come to an end. I believe that Ukraine’s victory is the only way this war can end. Russia’s victory will lead to further Russian aggression. The capitulation of Ukraine will lead to the continuation of Russian atrocities on Ukrainian soil. I believe that the only way the war can end is with the victory of Ukraine, that is, Ukraine’s success on the battlefield, which will make Russia understand that negotiations are in its interests.

Secondly, I believe that Ukraine’s victory is important for the security of the region. The only way to protect Ukrainians is a Ukrainian victory, but it’s also significant for the peoples of the Baltic States, Poland, Romania, and Moldova, so that Russian aggression against neighbouring countries does not succeed.

The third reason why Ukraine’s victory is important is first and foremost its citizens. There is no other way to protect Ukrainian citizens than the victory of Ukraine. While the war continues, Ukrainians under Russian occupation are subject to deportation and other atrocities. Ukrainians in the unoccupied territory are vulnerable to shelling and bombing. The only way to secure 40 million Ukrainians is the war to cease, and the only way for the war to cease is by Ukrainian victory.

The fourth reason, extremely important, I believe, is to do with the defence of democracy. This war is happening because Ukraine is a democracy. It has this unpredictable political system that gives birth to unpredictable combinations of unpredictable leaders. And this unpredictability, the inability to know what to expect next, is so intolerable for Putin and the Russian regime. So another reason why Ukraine’s victory is important is to protect democracy.

But in my view, and this is the fifth point, it is important for democracies as such. If Russia won this war, it would be a tremendous victory for all forces opposed to democracy, for all people who want to use this kind of violence to overthrow democracies. If Ukraine wins, it’s a victory of those who believe in the law, wish to have elections and hold their leaders accountable. And especially for those who are willing to take risks for all those important things.

Read also: «We were approaching a rupture.» Philosopher Andrii Dakhniy on the collision of two civilizations – Ukraine and Russia

Reason number six is ​​related to this. The victory of Ukraine is the victory of a state that has traditionally been considered peripheral and colonial against a power, which considered itself the centre and empire. Imperial wars, especially as we know from the history of the nineteenth and twentieth centuries, fall into certain phases of political development. Imperial wars will continue as long as the imperial forces are confident that they can win them. Every European power and plenty of other forces reach a point where they realize that imperial wars will exhaust them, and that is very good. As the imperial war continues, in which Russian leaders claim that the Ukrainian people and the Ukrainian state do not exist, Ukraine’s victory is important to defend the basic principle: all nations are equal and states deserve respect. In other words, Ukraine’s victory is one more push towards a post-imperialist world.

Today, as the war is fought, it’s important to look at it, assuming the people are doing it, in the light of World War II. In particular, consider it as an opportunity to preserve the values ​​that were reinforced or should have been reinforced by this war. For example, tolerance of otherness, the importance of the rule of law and pluralism, the importance of cooperation among democracies.

Read also: «Who will become Carthage: Moscow or Kyiv?» Yaroslav Hrytsak about the war for existence

Eighth. I am convinced that Ukraine’s victory is very important for Russia’s future. To be clear, I do not expect Ukrainians to be thinking about this factor. But for the rest of us who are concerned about the security of Europe and the world, it is very important which Russia we’ll be living alongside in decades to come. For Russia to become, so to speak, a normal country in which Russian interests are important to its leadership, it’s very important that Russia is defeated in this war. It is very important that Russians cease to pursue a foreign policy which is about gathering land on the basis of entirely untenable myths. I think it is important for Russians and the future of the Russian government to think instead about the future of Russia and its real interests. And although I would like there to be no war at all, defeat on the battlefield will be a step forward for Russia of this type. Russia, where citizens can think about the future without imperialism. Russia, where the past does not become a myth that so strongly influences the decisions of the present. Russia, where it is possible to take into account the interests and future.

Ninth. Ukraine must win, because, as we know, it is a huge producer of food for the rest of the world. In the history of the twentieth century, Ukraine has been the object of colonization on all sides through its fertile soil. In the current war, we see Russia illegaly expropriating Ukrainian food and blocking supplies of Ukrainian agricultural products around the world. If the war continues, people in Africa and around the world will face possible and then real food shortages. This can lead not only to famine and death, but also to political instability. Ukraine’s victory and the resumption of world trade will prevent this.

The tenth point, which in some way summarizes all the previous ones. Ukraine’s victory will help not only Ukrainians, but all of us to turn our attention to the future. The problem with Russian propaganda – and a problem common to us all, albeit in a milder form – is that it is based solely on the past. It is based on finding a moment in history when they were right and the rest were not. This is not what is needed. We all need a future. We need the politics of the future, we need an event that will break us out of the routine and point us to the future. I think it is very important that Europeans and others help to offer Ukrainians a future after this war – in terms of EU membership and powerful assistance that will enable Ukraine to rebuild itself.

But this is a two-way process. If we are open to the way we look at Ukraine and this war, we can see that Ukrainians offer us a future.

If Ukrainians did not fight, if they capitulated, our future, the future of democracies, would be very gloomy now.

Ukrainians give time to other democracies through their struggle.

I think we need to use this time to think about the future. Not only about the future, when Ukraine joins other democracies in various forms of cooperation, but also about the future in a broad sense – when, and this is demonstrated by Ukraine’s victory, individual actions are important, people can take responsibility, the possibilities are wider than we think, and events that may happen in the future may be better than we predict.

Ukraine and the Ukrainian victory show us this way.»

The author’s column is a reflection of the author’s subjective position. The editorial board of «Tvoe Misto» does not always share the views expressed in the columns, and is ready to give dissenters the opportunity for a reasoned answer.