«Avoid quarrels, pray, and do not hold a grudge.» Eastern Rite Christians Start the Christmas Fast

09:57 30 November 2021
Tweet
241 0
Anyone who desires or feels a spiritual call to purification can fast, which means giving up meat and other things. Maximum fasting should be in the last week – from 2 to 6 January and on Christmas Eve. 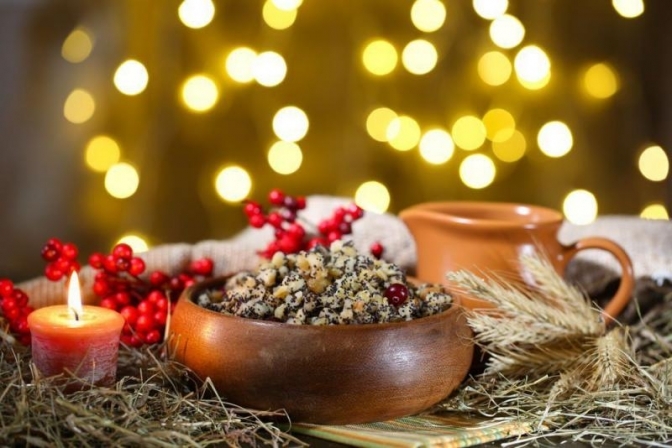 Christmas fasting for Orthodox Christians and Greek Catholics began Saturday 27 November, on the eve of the Roman Catholic Advent. However, «the Nativity Fast,» or піст (pist) last longer, in increasing intensity, than in the Western Christian rite – 40 days until Christmas Eve, January 6 inclusive.

Lviv is the world’s largest city that is majority Greek Catholic, a rite that is eastern in style, ritual, and discipline (e.g., married priests) but in communion with the pope in Rome rather than the patriarch in Constantinople.

This «lent» before Christmas is also called «Pylypivka» (from the feast of St. Philip, or Pylyp in Ukrainian, which is celebrated on the first day of the fasting). It’s the last multi-day fast of the year and traditionally it is less strict than the Lent that precedes Easter, but the churches recommend some sacrifices.

Anyone who desires or feels a spiritual call to purification can fast. Pregnant women, children, the elderly and the sick may not follow the food restrictions, and the severity of fasting can also be relaxed for those who are temporarily ill, on the road, or engaged in heavy physical labor. However, if you have already decided to fast, then, except giving up certain food, you need to observe certain restrictions in the spiritual life: avoid quarrels, pray, and do not hold a grudge.

Read also: Eight years on from the Euromaidan revolution’s beginning, spiritual leader urges Ukrainians to «learn to be free»

What food should fasters give up?

As for food during the fast, Christians of the Eastern rite should avoid products of animal origin – meat, eggs, milk and foods that contain them. Christmas fasting is not too strict, so unless it is a holiday, on Mondays, Wednesdays, and Fridays one eats vegetable food without oil, and on other weekdays, it’s ok to add oil.

On weekends, it’s allowed to include fish in the diet. Fish is also allowed during these major holidays (in the Julian calendar): Entry into the Church of the Blessed Virgin Mary (December 4), St. Nicholas Day (December 19), as well as in memory of some saints – the Apostles Matthew (November 29), Andrew the First Called (December 13), and Prince Alexander Nevsky (December 6). On Saturdays and holidays, Greek Catholic and Orthodox are allowed to drink some wine, but not to abuse.

Maximum fasting should be in the last week – from 2 to 6 January and on Christmas Eve. During this period – on Mondays, Wednesdays and Fridays – it is recommended to eat products that have not undergone heat treatment and to give up oil.

During the Pist, it is allowed to eat plant products – potatoes, cereals, vegetables and fruits, canned food, butter without impurities. Lean food should be simple and inexpensive. However, such products should not be abused.

During the Pist, the church forbids marriage in the temple, but the baptism of a child is performed regardless of fasting.

The main purpose of fasting is spiritual purification. Therefore, fasting is not only a rejection of certain foods, but also of bad thoughts and pernicious passions. An Orthodox Christian must also receive the sacraments of Confession and Communion during the season. Otherwise, fasting will be just a diet or starvation.

Greek Catholicism is a Christian confession which acknowledges Catholic doctrine and is in communion with the Pope, but maintains Eastern rites and rituals, including married priests. It emerged in 1596, when a part of the Orthodox Church recognised the supremacy of the Pope. Later, the Ukrainian Greek Catholic Church (UGCC) became mostly localised in the Western Ukraine, becoming one of the markers of the national identity for the region’s population during Austrian, Polish and Soviet rule. Currently, Kyiv is the center of Ukrainian Greek Catholic Church, under the jurisdiction of His Beatitude Sviatoslav Shevchuk, major archbishop of Kyiv-Galicia, and it is present in many regions of the country, though Galicia, where Lviv is, still remains its bulwark. It also has a strong presence among the Ukrainian diaspora, especially in parts of Canada, the United States, and Australia.