Cities must be prepared in case Russia targets the thermal power plants, – director of the energy association

17:16 22 August 2022
Tweet
341 0
The heating season of 2022-2023 in Ukraine: what to expect? We asked Svyatoslav Pavliuk, the executive director of the «Energy-efficient Cities of Ukraine» Association and an expert on energy efficiency, how gas prices might change and whether we’ll have the gas at all. 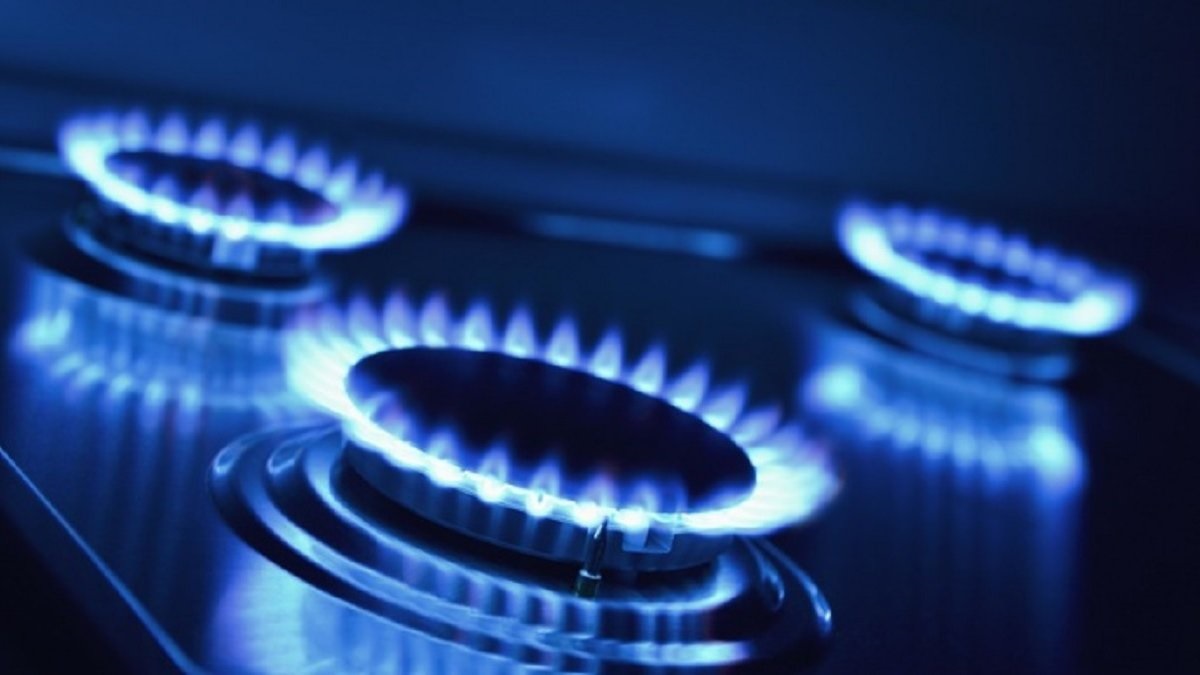 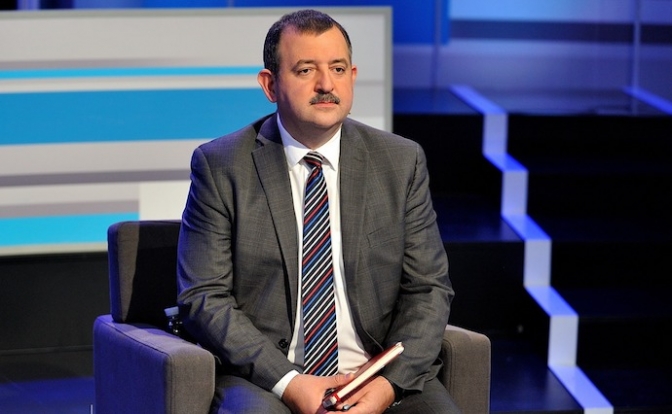 - What will change in this heating season and will it actually start?

Everything will change in this heating season. If in past years, the question of the gas and fuel price was the most relevant, now the issue of its availability and supply security in general is arising. Even if you have stocks of one or another type of fuel, it’s not a fact that your facilities will not be attacked by the Russians and you will be able to provide heating services to your residents.

Practically, this means that cities must develop a crisis behaviour plan and provide people with resources right now. They should suggest instructions for any crisis cases: what to do if a rocket hits the thermal power plant, a gas pipe, if the city is left without gas, heat and water, or without all of these.

The government used to solve the situation somehow, and gas was always available. The supply was never stopped, unless in some cities as a result of hostilities. Now, it won’t be like that. We are not entering the heating season in a proper way. We need to import at least three to four billion cubic meters of gas, for which we have nothing to pay with because its price in European hubs fluctuates: recently, it was two thousand dollars per thousand cubic meters, and later might increase even more.

This means that we already have to spend six to eight billion dollars in advance to buy, import, and pump this gas. That is, at the price we have today, the stability of which was declared by both the president and the government (that tariffs for communal services will not change), we sell this gas to the population for $150. «Clean» gas costs approximately UAH 5500 of the total UAH 8 000. The rest is taxes, delivery and distribution.

Read also: Will Ukraine be able to switch from gas to electricity

Ukraine would have to find money, buy gas for two thousand, and sell it for 150 per thousand cubic meters. The difference of 1,850 hryvnias must be taken from somewhere, but we don’t have it. Therefore, it is quite likely that our heating season will be limited, we’ll not have as much gas as we need. The situation is unpredictable due to security challenges. We do not know which cities will be in the zone of heating and gas supply and which won’t, which of the deposits, underground gas storages and compressor stations will be in working condition.

Therefore, cities need to maximally enter the local energy consumption and energy supply systems, maximize everything possible, so as not to depend on the supply in the winter period. To raise everything, starting from fuel oil farms at the thermal power plants and boiler houses that survived until now, to restore them. Obtain solid fuel locally, install solid fuel boilers, see where emergency boilers can be installed. It may happen that we will purchase boiler houses (hope we’ll have time to manufacture them), and then it will turn out that we’ll not be able to use them. Nevertheless, let us better have more of them, because this is a safety issue, not a comfort one.

The gas from the state-owned extraction company «UkrGazVydobuvannya» is not enough for domestic consumption. If we look at gas production in general, regarding the balance, the last data we had was for 2020: the total consumption was 18 billion cubic meters of gas for heating, cooking, public buildings and the residential sector. Of this, 13 billion cubic meters belonged to «UkrGazVydobuvannya», while the rest, five billion, was subject to import. This was practically 40%.

Read also: A way to energy security: biogas power plant has been built near Lviv in the place of the landfill

And here we have a large variable part. Will we even to open schools and kindergartens this year, where gas consumption was always significant? One option to save consumption is not to do this, but to maintain hospitals, because this is a matter of life. Not to start offline studying, which will make it possible to save money, at least to stretch the resource we have for a longer period.

It’s a paradox, but we feel more comfortable in the gas supply system than many European countries. Many in Europe do not have their own gas, while we have our own extraction.

Now, we have a destroyed east. Many cities, like the same Slovyansk, where the mayor said they will not enter the global heating season. Some part of cities will have less consumption. I would not say that it’s good, but the reality is that we will have a slightly different balance.

In our country, gas consumption by industry has greatly decreased. In addition to the 18 billion cubic meters we had thanks to «UkrGazVydobuvannya», another seven to eight billion were commercial extraction. Someone purchased the wells, someone drilled them – but they always had a chance to sell gas at the market price. The price of gas on the Ukrainian exchange in June-July was almost 30 thousand hryvnias.

From the point of view of state policy, it’s cheaper and more correct for us to buy this gas from commercial domestic producers than to import it from the EU for two thousand euros. But if we don’t do this now, we may have a situation where in the winter, we will have to buy it for two thousand dollars instead of 30 thousand hryvnias.

Our industry has also stopped in many respects, but gas cannot be limited for its needs, because it provides jobs, products, and pays taxes. Our glass factories have stopped due to the high price of gas, and we don’t actually produce glass to put in windows. The question is whether to give cheap gas to enterprises to produce glass, or to supply it to the population, so that it would burn it and «throw it out» through those broken windows. It’s not always obvious, but politically we have declared that we will provide cheap gas to the population.

- Maybe you know how much the gas storages are filled now?

Previously, this information was publicly available, but now it’s closed regarding «UkrGazVydobuvannya», the operators GTS and «Ukrenergo». It can be said that we mined about one billion cubes per month. If we extract a total of 14 billion, then a billion goes to the technical features of the process, and «UkrGazVydobuvannya» produces almost 1.1 billion cubic meters of commercial gas per month. Of this, we use a certain amount, and the rest we pump into storage. Therefore, we will still have a part – 2 to 2.5 billion cubic meters before the start of the heating season.

But it should be remembered that part of the deposits and pipelines remained in the occupied territory, gas is simply being pumped out of that part, and no one pays for it.

- Lviv Mayor, Andrii Sadovyi, recently announced that he is buying many stoves for the city. Should residents of western Ukraine be concerned that there may be no gas and they should take care of certain equipment in their households?

In case you have a house where you can install it. The old part of Lviv traditionally had individual stove heating, smoke exhaust systems that enable its work. In multi-apartment buildings, there is no such possibility. Therefore, I advise reviewing all «scenarios» if there is no gas, electricity and water.

The situation will be different in each settlement. There are different resources and conditions: one settlement is in the rear, other one under fire. In part of the population centers, «townhouses» can be a short-term solution, in some they are not. For such a number of stoves, a huge amount of firewood is needed.

Read also: We will purchase thousands of stoves to secure the city, – Lviv Mayor

The situation is getting to the point that every community, every city should have its own scenario. This is a pan-European trend, but they are motivated by environmentalism, while we are motivated by survival.

- Will there be electricity, given the occupation of the Zaporizhzhia Nuclear Power Plant?

Overall, our energy consumption is down by about a third from what I can see from the stats. Therefore, the «failure» of Zaporizhzhia NPP for almost 25% of the energy system will also have consequences, but we also «fail» many coal plants that played the role of balancing capacities during peak loads.

Read also: In the event of the Zaporizhzhia plant accident, almost half a million people would have to be evacuated

Currently, we have a better supply of coal, but there’s less access to stations in the same Enerhodar, where a large thermal power plant is located. Therefore, significant risks for the stations will also have consequences. It is necessary to prepare for the fact that there will be interruptions in the supply of electricity, gas, and heat. It should be understood that the «failure» of electricity means the stoppage of pumps and water supply. Even if the house has individual gas heating, the gas boilers will stop, because they will not work without electricity. There are circulation pumps, an electric ignition system. People who are on individual heating systems are in the most vulnerable situation now.

Thus, having a small generator is not the worst option for several neighbours if you need to provide heating for several weeks. Residents of a floor or several apartments can allocate funds for their common needs. The boiler itself consumes little, but it’s necessary to have it. Even the simplest generator of 1.5 kilowatts, which will cost about 10 thousand hryvnias, is not a great need, but it must be constantly available. If there is a strike that damages power plants, it will take weeks at best to repair them.