“60% of houses have their own sources of heating,” - interview about Lviv’s warmest district

12:31 24 November 2022
Tweet
307 0
Iryna Dzhuryk, the head of Lviv’s Railway District, told Lviv Now about the emergency measures the local administration undertakes to provide energy security for residents of the area. photo from the open sources

Zaliznychnyi, or Railway District of Lviv always seemed to be the warmest, as it hosts two powerful utility companies - “Zaliznychneteploenergo” and “Lvivteploenergo” - that provide the entire city with heat and hot water. The Lviv Railway Station, which has been a business card of the district in peacetime, has received hundreds of thousands of refugees since the war began. It’s become the first shelter where they were warmed and fed. Now, the task is to secure heat, power and water for the local citizens and those who plan to spend a winter here. 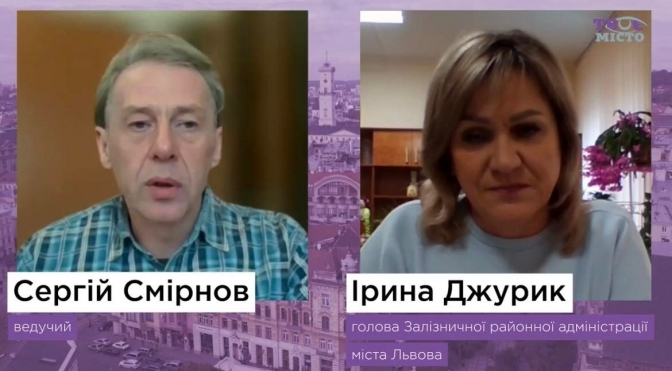 How do you prepare for possible force majeure events, including power outages? Recently, the Lviv City Council decided to refund money to residents of multi-apartment buildings who buy generators. Do you know how many of these generators have already been bought in your area, are you planning to purchase them centrally, and how many residents are applying for refunds?

We started to inform residents about the need to purchase generators back in the summer. To date, the number of those who have purchased generators is steadily increasing, in part because of a city program adopted last week that encourages apartment building owners to purchase generators as an additional source of alternative electricity, not just heating. As of November 16, the residents of the apartment buildings of the district have already bought almost 20 generators, and I think that this number will increase. We’ve already received appeals from three participants of this program, who aim to return a part of the money spent. According to this city program, district administrations will be the main managers of funds. They formed the commissions that will consider the issue of returning the partial cost of the generators.

How efficient will it be to use these generators for multi-apartment buildings? Which capacity are they expected to have to ensure the vital activity of the whole house?

As stipulated in the decision of the Lviv City Council executive committee, these are generators with a capacity of 3 kilowatts or more. But many co-owners of multi-apartment buildings have calculated that they need power from 2.5 kilowatts. Therefore, it is possible that changes will be made in the decision regarding the power of the generators. But it should be no less than 2 kilowatts in order to temporarily illuminate staircases and flights, charge mobile phones, power banks, boil water, etc. Anyone who has the opportunity to buy more expensive generators will, of course, be able to serve the house more powerfully: ensure the operation of heat pumps, if there are any in the houses. The pumping will be able to work for a while, and people will be provided with water. But residents usually rely on a 2.5 kilowatt generator to be able to charge flashlights, phones, and power banks for several hours.

Read also: (Un)scary blackout for Lviv. This is how the city is stocking up on generators 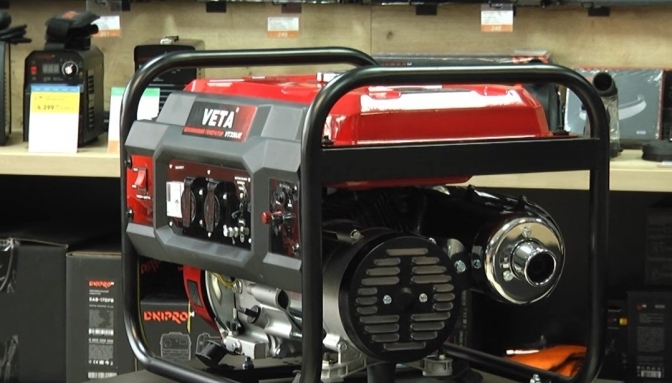 The Railway District has only few houses with the basements where places for heating can be arranged. Therefore, the primary task may be the formation of a street network or the arrangement of heating points on the territory of buildings. How many of these are planned or have already been organized on the territory of the district?

There are 8,667 residential buildings on the territory of the Railway District, of which 7,500 are private buildings and 1,167 are multi-apartment buildings of various forms of ownership. The lion's share of management is carried out by the city’s managing utility companies - we have 89 such buildings. 266 are condominiums, 48 - condominiums of a specific form (ZhBK), and the rest are houses that are self-managed by residents and private management companies. Out of 1,167 houses, 145 are equipped with stove heating, while another 556 have individual and stove heating. That is, 60% of the total number of houses do not need an additional alternative source of heating, as they are provided with their own sources.

Not many houses in our area have the technical possibility to equip places for heating. Levandivka [part of the Railway District, located behind the Lviv Railway Station] has preserved the old post-war buildings. These are barrack-type houses without basements. In the area, there are more than 200 houses without basements and 250 houses where it’s technically impossible to install metal stoves, because they have too narrow passages and insufficient height. So, if the stoves are installed there, it will violate all norms. To date, more than 160 ones have already been purchased in the Railway District, 107 of them have already been installed in residential buildings, and this work is ongoing. Where it’s not technically possible, the district has worked out such locations where residents of several houses or even a whole street can come and use the heating point.

Read also: «I reassessed my duties when the war began.» Interview on how Lviv’s youngest district is preparing for the winter

In addition, we have experience with railway management. The district administration was given some premises, former basement boiler rooms, which are currently not in use. We also converted them into heating points, installed powerful stoves there, and already brought in a large amount of firewood. The district cooperates with large shopping centers, even with churches, which are equipped with solid fuel boilers, have plenty of firewood and powerful generators. If necessary, in emergency situations, they will also deploy heating points.

The railway station is a huge hub. In addition to the mentioned premises, what other cooperation do you have with him?

We’ve had good cooperation with the head of the station for many years, and have become even more friends since the first days of the war, when mutual help and support were needed. Our utility companies were involved in the work on the platforms, which are already the territory of the railway, which helped in cleaning this territory. We understood that more than 40,000 people could arrive here in a day, so even the communal services of the district could not cope. Then we involved the communal services of the city, which gladly responded to come to the rescue. Cleaning was done 24 hours a day, and the work was done 24 hours a day. Now, the railway has powerful generators, it has the conditions to organize a shelter for passengers arriving at the station platforms in case of an emergency. 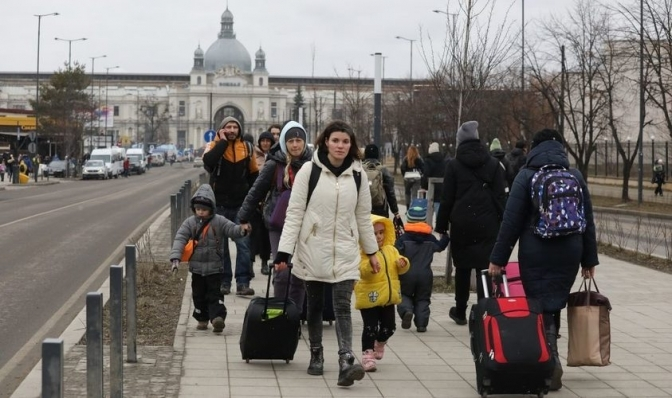 It is known that a decision was made to install new standpipes in the city. How many of these have already appeared in the Railway District? And how do you evaluate the older decision to cut down the old standpipes that are still preserved?

Earlier, the so-called house faucets were brought out of residential buildings into the street. At that time, no one counted water, there were no water meterings in houses or apartments like it is now. But during the installation of devices for water counting, so that there was no theft of water supply, those faucets were cut off. Of course, they were useful, especially to the janitors: to get a bucket to wash the staircase or water the sidewalk. It was quite convenient for the employees of municipal enterprises.

Read also: Urgent measures for this winter, modernisation for the next one. Interview on how to boost energy efficiency during the war.

So, we did it in order to save money, as a cubic meter of water was not cheap. But now, in this specific period, we are restoring these faucets but installing them in basements, behind the meter that counts the water, not on the street as it used to be. These faucets are for those cases where, if the water supply was cut off, people would initially be able to collect water that would flow into the basement. We are restoring these systems where possible, the work continues intensively.

But, as I understand, there was talk of installing standpipes that are conditionally independent of the centralized water supply, in case something happens. Are these artesian wells or something like that?

As of this time, we have already installed two such hand pumps in the territory of the Levandivka micro-district. When certain situations arise, all its residents can collect water there.

The issue of shelters is key for the city. After February 24, was it possible to equip additional ones, examine and restore the old ones, or adapt other premises for this purpose?

Given the events of recent years, such as the possible introduction of a state of emergency, the city began to set up shelters even before February 24. Both in our district and throughout Lviv. These are the basements of residential buildings, which were partially cluttered and closed. Already at the beginning of the war, they were all put in order. The residents themselves helped us a lot, since they already understood the situation after February 24. Basements of residential buildings are used as the simplest shelters.

Read also: Back to furnaces in old houses. The official on preparing the historical part of Lviv for the winter

In addition, we have a lot of new buildings, and their parking lots are also used as shelters. Not only the residents of the new building but also the neighbouring buildings can hide there.

Underground passages also serve this purpose in our area. We have five of them, all active. This is very beneficial for ordinary citizens because the air alarm signal can be found anywhere, and so people can use the underground passage as a reliable shelter. We also have 37 educational institutions, all schools are equipped with shelters.

Full or partial republication of the text without the consent of the editors is prohibited and will be considered a violation of copyright.

Follow us on Facebook and Instagram. Lviv Now is an English-language website for Lviv, Ukraine’s «tech-friendly cultural hub.» It is produced by Tvoe Misto («Your City») media-hub, which also hosts regular problem-solving public forums to benefit the city and its people.
Tweet
TAGS: energy security