19:38 18 October 2021
Tweet
115 0
Our city has a number of tiny squares, but some of them are little known even for the locals. Petro Radkovets, a Lviv expert and guide, told Tvoemisto.tv about the history of five places from this list. 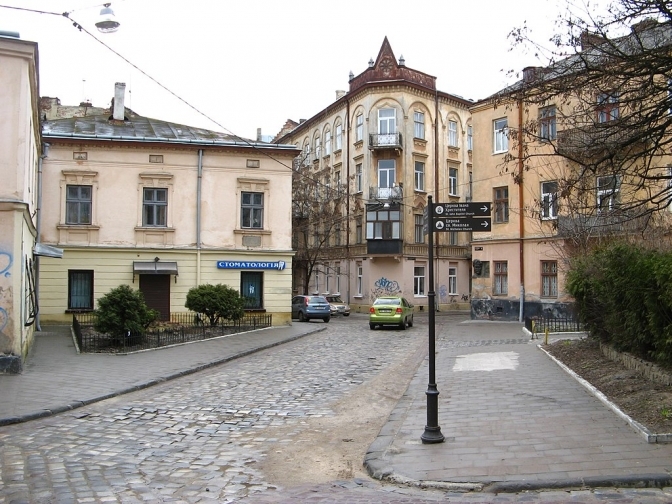 One of the oldest squares in Lviv is located in the Shevchenkivskyi district, almost halfway between four neighbouring squares: Yaroslava Osmomysla, Staryi Rynok, Vicheva and Danyla Halytskoho. 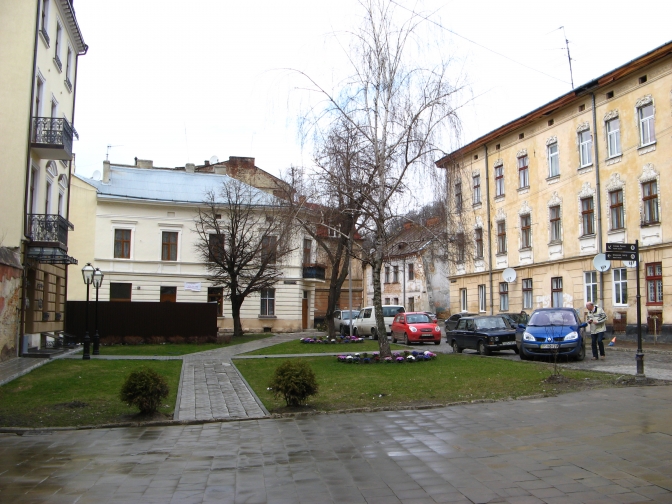 Its history is connected with a community of German colonists in medieval Lviv and the Church of Marii Snizhnoyi (Mary of the Snows) which they built. Before World War II, the square was called Snizhna, and later Zvenyhorodska.

Except for its age, this square is also one of the smallest in Lviv: its length from Snizhna Street (from the northern facade of Marii Snizhnoyi Church) to the junction of Rybna and Mosiazhna Streets is about 50 m, the width of the area is not more than 30 m.

The residents know about it due to a spring located there. Now, in front of this square, there’s a fountain with swans, which resembles a well. It is located in the Pidzamche district, near the railway station of the same name. 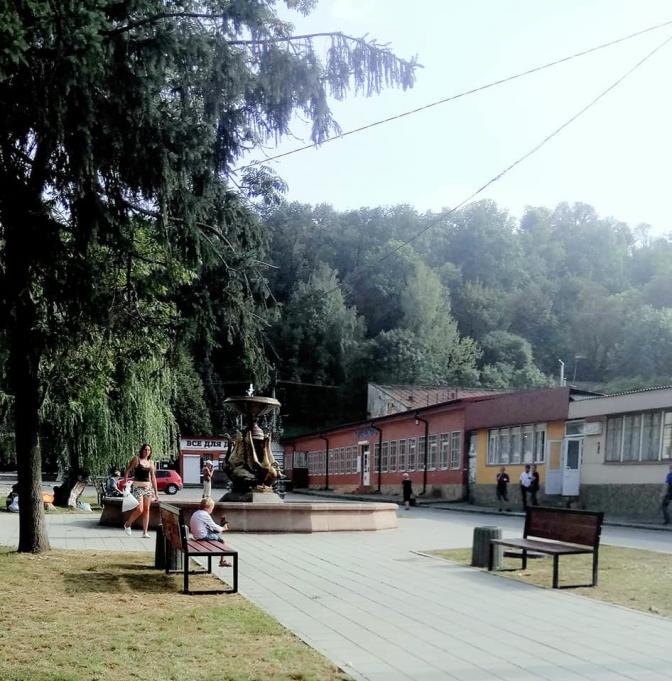 The square used to be called Pidzamche-Vokzalna, and since 1946 – Krynychna.

In 2013, Krynychna Square was renovated within the framework of the project «Revitalization of Pidzamche». New benches and rubbish bins were installed there, and the tree branches which hid a part of the square from people were cut down.

Vicheva is the smallest square in Lviv and Ukraine. It is 24 m long and 21 m wide. At the same time, it is one of the oldest in the city, located within the part of the city that existed during the times of the Galician-Volhynian Kingdom.

The square emerged near the gates of the Benedictine monastery, built in 1596, and was called Benedictine Square for several centuries. After World War II it was renamed Vicheva.

Yuliia from Krushynskykh, the wife of a Galician poet Markiian Shashkevych, spent the rest of her life in house № 4 on this square and died there in 1896.

The first mention of it is associated with the wooden church of St. Theodore, which already existed in 1453. It’s located north of the central part of the city, between Chornovola Avenue and Bohdana Khmelnytskoho and Zamarstynivska streets. 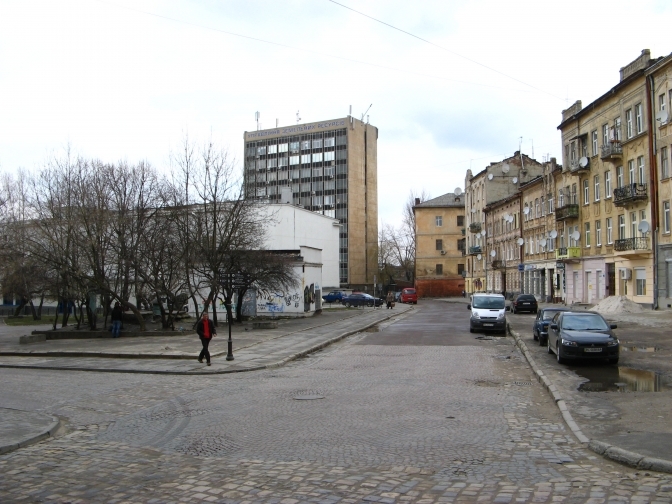 Before World War II, this place carried a Polish name «Plac Teodora» (Theodor Square). In Soviet times, it was called Central Square and used to be the final stop of several urban and suburban bus routes. In the 1990s, the place returned its historical name – St. Theodor Square.

Another square used to exist between Korolenka-Lysenka-Prosvity streets. Centuries ago, it was known as the hay market because this good was traded there. In Austrian times, it was called Franciscan Square, later this square was called the Square of the People’s Guard (in honour of the Polish insurgents in 1848). Since 1939, the square had no name at all. In 1982, a monument to the Western Ukrainian Soviet writer Oleksandr Havryliuk (1911-1941) was unveiled here, designed by sculptors Emmanuel Mysko, Dmytro Krvavych and architect Myron Wendzylovych. During the years of independence, the monument was dismantled. On May 8, 1994, a monument to «Prosvita» (society of popular education) was erected on this square on the occasion of its 125th anniversary.