It’s a true miracle that the language survived. Linguist Oleksandra Serbenska on how the Soviets were destroying Ukrainian

16:30 03 September 2021
Tweet
716 0
Everything started with language and people. There would be nothing without them – those who, except dreaming of independence and speaking Ukrainian, also glorified the language in every way. According to the survey conducted by Tvoemisto.tv, almost all respondents think there would be no independent Ukraine without our strong conscious people and language. Despite the cynicism and meanness of the communist era, the Ukrainian language survived, according to the well-known Lviv linguist, doctor of philology at Franko university Oleksandra Serbenska. 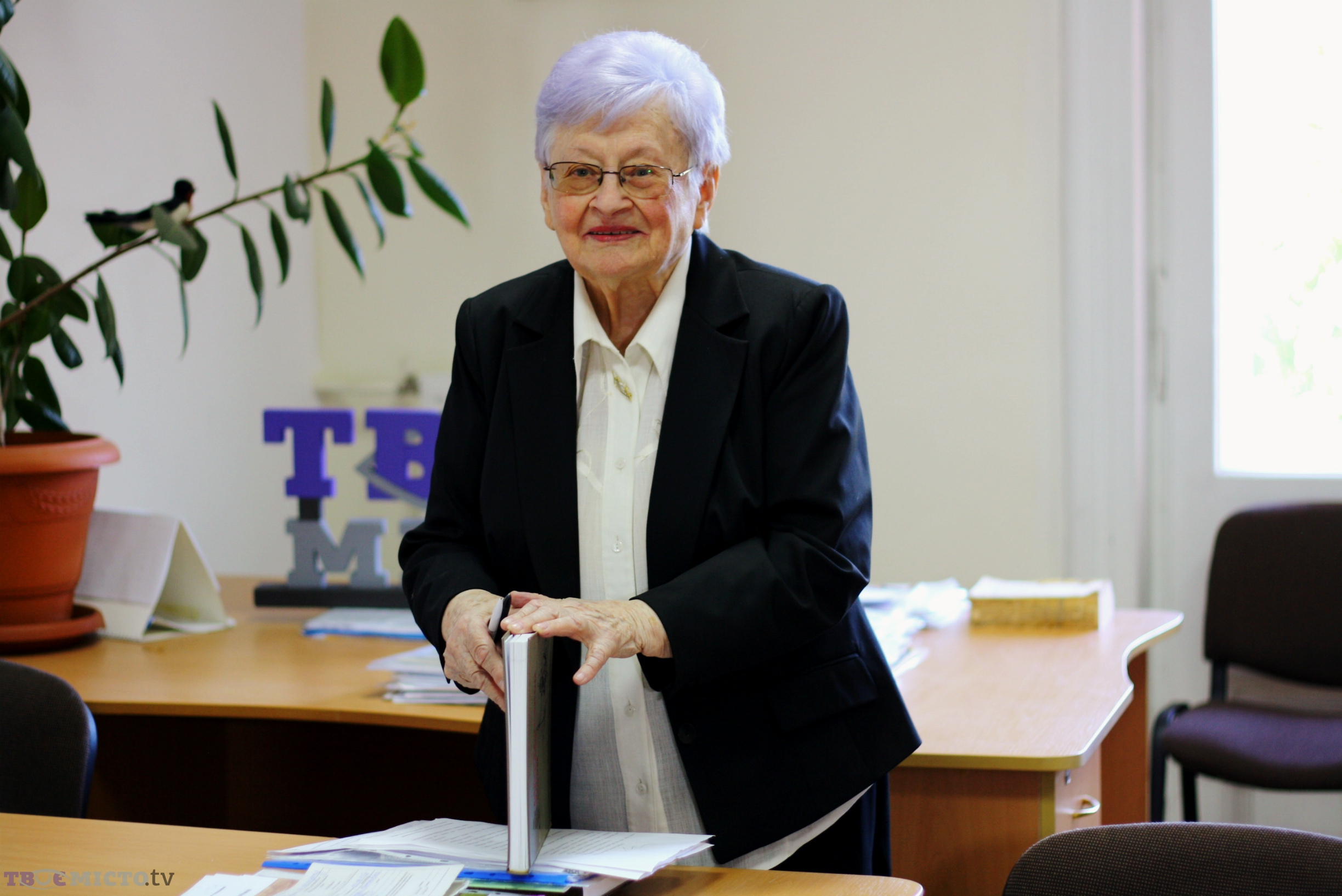 The struggle for independence

The concept «Independence of Ukraine» in the mind of Olksandra Serbenska is associated with lots of facts, phenomena, and events accumulated over more than 90 years. According to her, it’s primarily about great efforts, a way of struggle, speculations on the «own house», and also begging and prayers to God. It’s also human suffering, blood and tears.

«It seems to me that every meter of our land is soaked in that blood [poured] for our freedom. For having our own house. In this house, everything grows stronger: the strength of spirit and will becomes stronger, the truth crystallizes. There are fewer traitors and apostates, mentioned by Ivan Franko so painfully. Our path to independence is hard, although we have our glimpses and hopes», – says Oleksandra Serbenska.

All these efforts also affected the professor’s family. She is from the Ternopil region, a small town of Zolotyi Potik (Golden Stream). The scientist’s family was large and hardworking. Mother and father worked as educators and were often persecuted.

«Ukrainian linguists had a different salary than Russian linguists. We, Ukrainian-speakers, always had to feel inferior. But this did not prevent us from glorifying the language. For example, our family always had hope, impulses to Ukraine and everything Ukrainian. I remember my father gathering all of us, and we listened together, and then sang «Ty voskresnesh moya Ukraino» (You will rise, my Ukraine), read poems by Taras Shevchenko», – added the respondent. 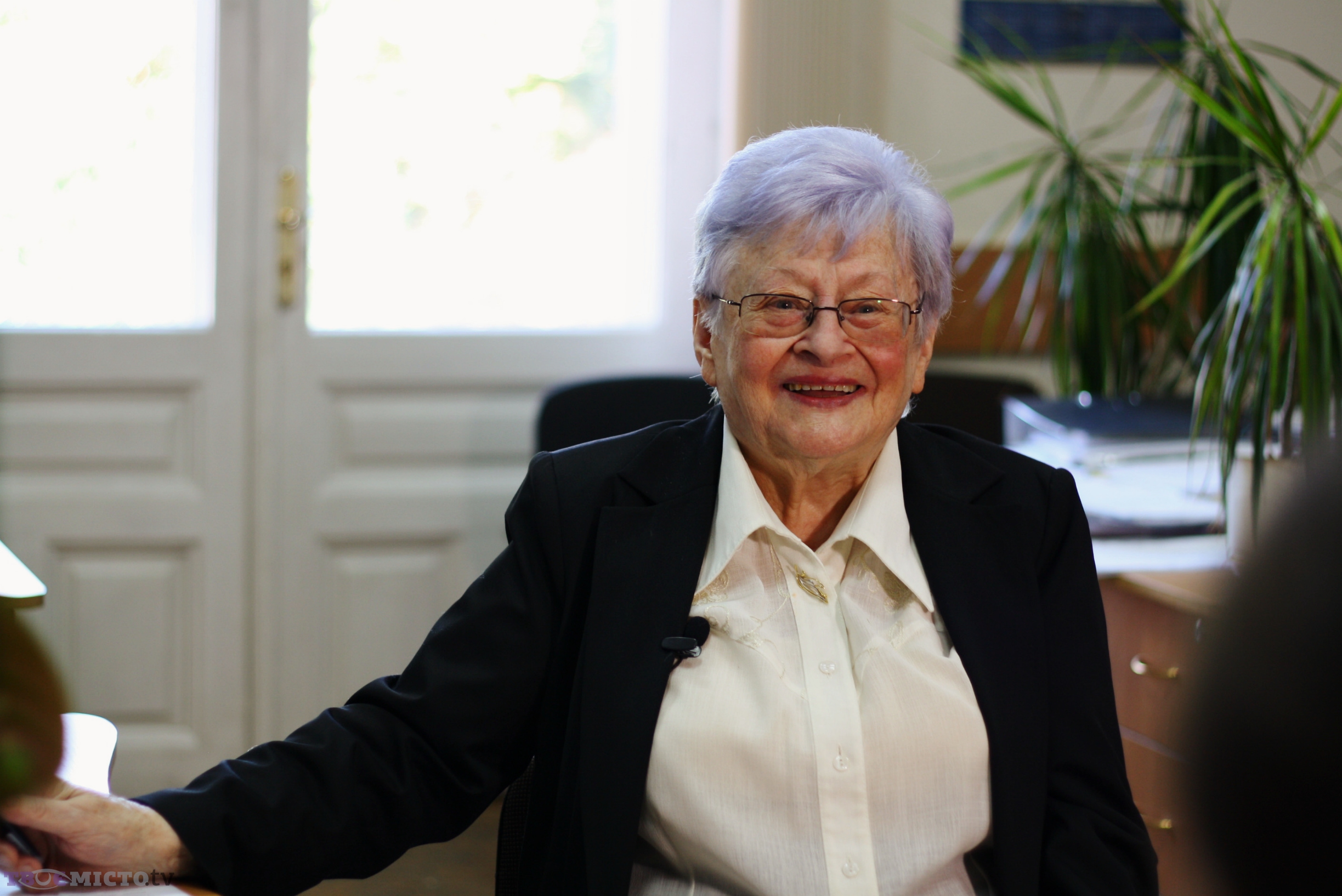 In Soviet times, things and events showed that the Ukrainian language had an open path. The period of Ukrainization came in the 1920s and 1930s.

In particular, in 1927, a congress of Ukrainian linguists took place in Kharkiv. They gathered to agree on a single spelling in all Ukrainian lands. Moreover, they adopted a resolution, general principles and put everything in the Ukrainian spelling dictionary. Almost the entire diaspora used it then. However, in 1930, the compiler of the dictionary Hryhorii Holoskevych was arrested, and the dictionary was destroyed. The academician was accused of containing hostile elements in the publication, which point to a separation from the Russian language.

Since then, Ukrainians have had to relearn a lot – for instance, to abandon the ancient forms of the words. Mainly, if in Genitive, feminine nouns used to have the ending -y: radosty, smilyvosty (joy, courage), it finally became -i: radosti, smilyvosti. In addition, everything was oriented on the Russian text, where passive forms predominate. In the Russian version, the object in the text became a subject, for example, «decisions are made.» These liabilities have been sown in our country’s language as well, although the decision cannot be made by itself.

A long way to independence

On the day when the Verkhovna Rada had a meeting, and independence was to be declared, the son of Oleksandra Serbenska’s sister, Oleh Kochmar, had his marriage. He married a local historian Alla Seredyak.

«It wasn’t time for restaurants, so we gathered at home. My husband, who was a historian and worked as a teacher, clung to the TV in the next room and looked forward to the act’s proclamation. Suddenly, he ran and joyfully exclaimed that independence had been accepted. Everyone got up together and sang «Oh u luzi chervona kalyna» (Oh in the meadow, a red guelder rose.» We still remember the image of that little dream come true. It was a unique moment that still lives in our family and is associated with certain efforts of our relatives for freedom and independence», – she added. 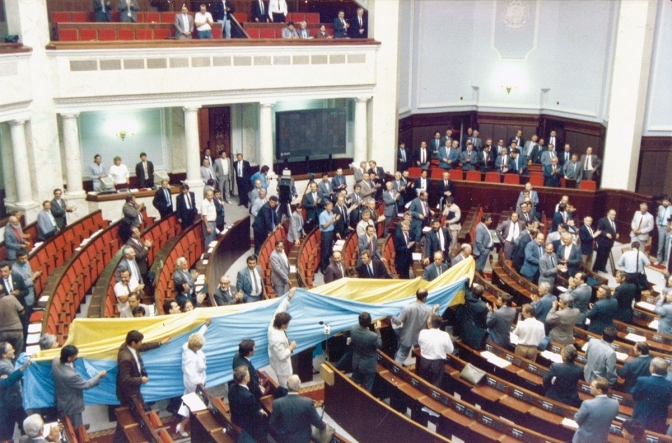 After the proclamation of independence, the Taras Schevchenko Scientific Society was almost immediately restored, and Oleksandra Antonivna Serbenska was one of its first members.

Ukrainian emigrates began to come back. Among them is the well-known Ukrainian-American linguist Yurii Shevelyov. According to him, it’s a real miracle that the Ukrainian language has survived after all the oppression, jeers, and decrees.

In Soviet times, politics aimed to mix peoples, making them easier to govern. The so-called whip and gingerbread method prevailed, giving some people privileges and high positions and «whip» the others for anything.

In addition, surzhyk (a mix of Russian and Ukrainian) enveloped our language at that time, and we still can’t get rid of it. The word «surzhyk» comes from agriculture. When the peasants did not have enough grain, they mixed the kernels of different crops, grains and ground everything. This mixture was called surzhyk.

As example, Oleksandra Serbenska cites such a phrase as «holosuvaty odnoholosno» (vote unanimously), which comes from the Russian «golosovat’ yedinoglasno». According to the philologist, Ukrainians had to use another word «odnozghidno», meaning unanimously. The same goes for the phrase «Tol’ko shto» in Russian. The Russian-Ukrainian three-volume book translates it into «Til’ky shcho», although it is better to say «shchoino». There is also the Russian word «zastolie» (feast), which Ukrainians translate as «zastillia», although they forget about the ancient word «hostyna». 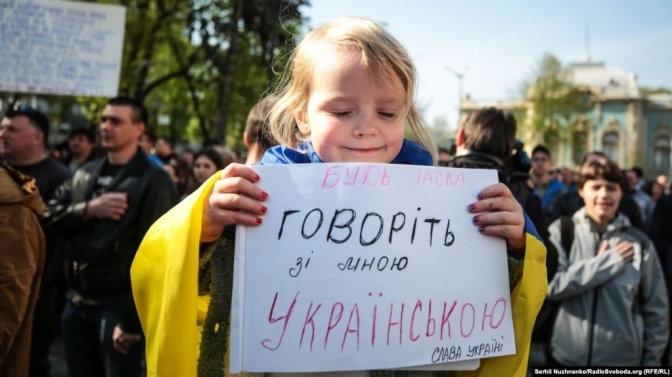 And there are, according to the philologist, a lot of such words.

«They are asleep, but they need to be sought and eradicated», – she added.

Polish poet and novelist, Nobel Prize winner Czeslaw Milosz called the language of the Soviet-era «a grave for the human mind and people». Such language, in his words, narrowed people’s thinking, chained them and didn’t allow them to move freely in thought.

With the adoption of independence, this opinion, as Oleksandra Serbenska says, started moving more freely.

Although by small steps, people are increasingly paying attention to the words’ spelling. For instance, they started pronouncing the Ukrainian word for «project» as «proyekt» instead of «proekt». The word «sviashchennyk» (priest) starts to be written with a doubling «n» again. The spelling was also settled to denote religious concepts and write them with a capital letter – Hospod’ Boh (God the Lord), the Mother of God. In Soviet dictionaries, these words began with a small letter.