Mobilisation in Russia. What does it mean for Ukraine?

15:00 22 September 2022
Tweet
222 0
Even 300,000 mobilized Russians will not change the course of the war. Still, it’s necessary to understand that this will affect everyone, and one should not give in to euphoria, military expert Petro Chernyk explains. 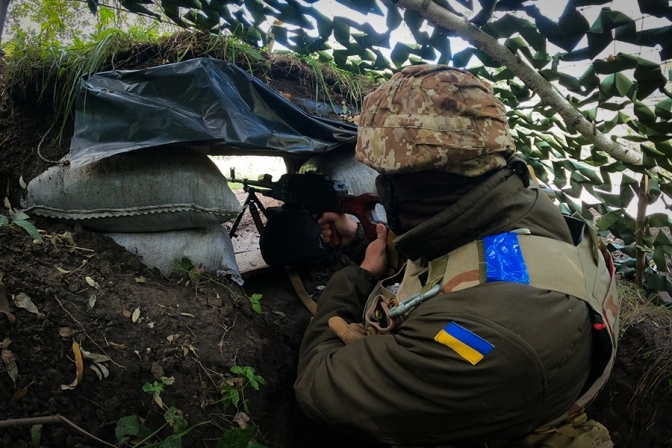 In the case of Russia, we still try to find some signs of humanity and common sense. We expect something that will help us win this war. But it won’t happen, because the Russian nation stands at the highest point of fascism.

To make it easier to understand, I always give a very simple example: in Irpin, Bucha, Borodyanka and Izium these were not Putin, not Shoigu, not Gerasimov who killed and raped, but ordinary Russian soldiers, ordinary Russians. We must finally be aware that it is not only Putin’s regime versus Ukraine, it is a war of the Russian quasi-nation against us.

[Russian] mobilization is a bad signal for Ukraine. It’s difficult because it means that another 300,000 soldiers will be thrown here to murder. Will this break the course of war? It won’t. We will definitely overcome another invasion, but our military will be loaded with more work. Our society must finally understand that war is deadly. If someone thinks that they hide somewhere, that it will not affect them – this is an extremely big mistake. What happened in Russia is a testament to the fact that the Moscow Empire is ready to fight. Because civilized Ukraine and this Imperial National State will simply not fit on the planet Earth. Either we or they – there’s no third option.

Read also: «On the right bank of the Dnieper, we’ll test the level of enemy’s motivation» – Chernyk

We have to expect pressure to increase on the front line and even potential blows from the north. What other expectations can be if they want to destroy us?

Even in this situation, we try to remain optimistic, look for positive moments, hope that it may be solved somehow. But it won’t! The war is gaining momentum, so you need to come out of this unwise euphoria because euphoria is evil. And let’s stop thinking that tomorrow, the Ukrainian flag will be raised over Muscovy!

All circumstances are so that the war becomes protracted. This is already obvious even for those without military education. If 300,000 people are in order, then they should be thrown into battle. Where will they be thrown? Not in Argentina, not in Australia or South Africa, they will be thrown here.

Read also: What is Ukraine’s main advantage in the war? – Answered by Yurii Butusov, frontline journalist and military expert

Yes, in Ukraine mobilization went and still goes in full. But we have to remember: there are 146 million of them, and we are 35 million.

We win this war, but it will only be possible thanks to three factors: common sense, patience and a huge number of Western weapons. And we simply have no other scenarios.

The author’s column is a reflection of the author’s subjective position. The editorial board of your city does not always share the opinions expressed in the columns, and is ready to give disagreement the possibility of a reasoned answer.