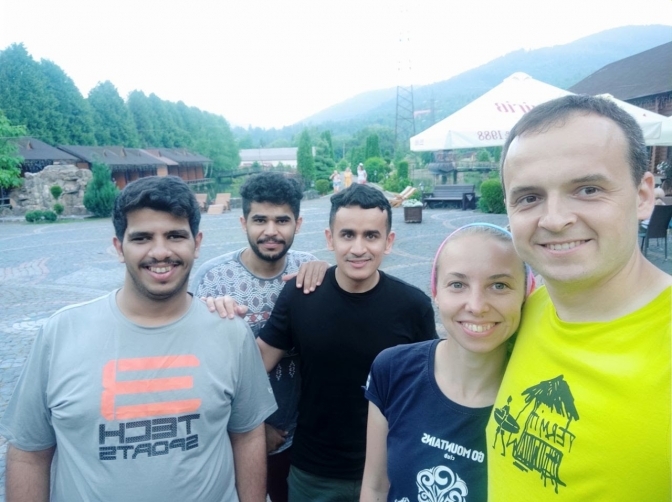 For the first time, many Saudi Arabians have been visiting Lviv and other cities in Ukraine, thanks to a series of new flights and because Ukraine is one of the few European countries easily accessible to them during these pandemic times. Tvoe Misto reported on this new situation, and here, Lviv Now speaks with a few of the Arabian visitors who found their way to an obscure mountain town.

Needing some peace and time away from the pace of Lviv, I was in the calm town of Skole for a week. One meltingly hot afternoon, I was returning to my hotel, the Vivcharuk, after a cooling walk in the forest. On the brick terrace behind the hotel, three people sitting on chairs were speaking Arabic and drinking tea out of delicate, decorated tea cups. The hotel’s owner stood drinking from one of these cups, and soon the guests, finding a chair from the nearby gazebo, invited me to join as well. They were Saudis, part of the recent, first-ever influx of tourists from that kingdom to Ukraine.

Although Saudis are now a frequent sighting amid the cobbled streets of Lviv, I was surprised to find them in the quiet Carpathian mountain town of Skole, 90 minutes from Lviv. One of the Saudis opened up a large canvas bag, reminiscent of Mary Poppins’s bag, filled with tea-and-coffee accoutrements. While he began to construct a tea for me, another told me they had been hoping for cooler weather. Their hometown, a city outside of the Saudi capital of Riyadh, is in the desert.

«Ah, you got to go into the forest,» I said. «There is refreshment there. That’s where I was just now, walking along a stream.»

The guy making tea handed me a cup and told me they were going on up to the higher Carpathians, hoping for some relief.

I looked at the large tea-and-coffee kit they brought with them.

«I respect this level of devotion to good coffee and tea,» I added.

«We would never travel without it,» said one of them. And they made sure to bring enough extra leaves and beans to share with anyone they might meet.

We talked a bit about geopolitics and impressions of Ukraine and they told me how tasty camel is. I noted that I had sensed a loneliness among the Saudis in Lviv; I had not often seen them interacting with the locals. From my American viewpoint, I didn’t want to assume by their dress and appearance that they were not from Lviv, so I had never said hello, but, as I’m learning, America and Twitter are not the world.

«Yeah, we want people to talk with us, especially if you know English!» Turki Ali, the one most fluent in English, said. «Back in Lviv, you shouldn’t feel shy about approaching [the Saudis].»

I did join them for some more tea--and the next day they carried on into the higher mountains. After their trip I caught up with Turki, now back home on the Arabian peninsula, who told me his impressions of Ukraine. 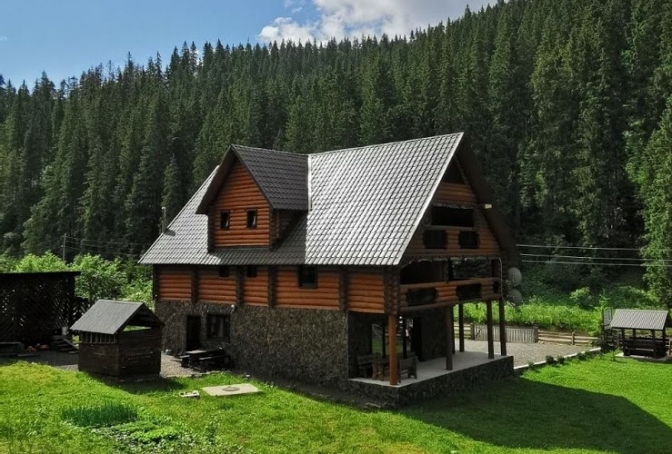 Before arriving in Ukraine, Turki Ali thought of the country as «the land of the legendary [writer] Taras Shevchenko and the Chernobyl story, beautiful mountains, and cold weather.»

Ah! They had been hoping for sweet weather relief – but happened to come during a rare hot spell.

Nevertheless: «My impression has changed to be better,» Turki says. «Especially about local people, they are friendly people and they are always ready to help.»

Indeed, Turki says, Ukrainian hospitality «is the same like in my country.»

«I felt very welcomed and my favorite moment was when a couple gave us a gift, a bottle of wine, that was very nice.

«In Tatariv village, we stayed at ‘Pigy hotel,‘» Ali says. «We spent beautiful moments there, [with a] nice hotel crew and friendly people.»

At the confluence of the rivers Prut and Pykhy, Tatariv is a village of 1500 people, elevation 750 m, 30 km from Yaremche, the «Hutsul capital.» It’s a nexus for those hiking to Mounts Khomyak and Syniak (location).

The Ukrainian cuisine surprised Turki, especially because «cow and goat aren’t common.» This is a challenge for Saudis, Muslims who do not eat pork, which is such a staple of the Ukrainian diet.

Turki said he enjoyed how the sun did not go down over Galicia until late. Ukraine and Saudi Arabia are in the same time zone, although Ukrainian Galicia is much further west than Riyadh and a summer night is almost Scandinavian with its late-twilight.

It was difficult to communicate with people, Turki says due to the lack of widespread English, but nevertheless the people he met were «friendly and nice.»

«It was a quick trip that I didn’t plan or think about it at that time or before, and I’m glad I chose it,» Turki says.

Saying hello to Saudis in Lviv 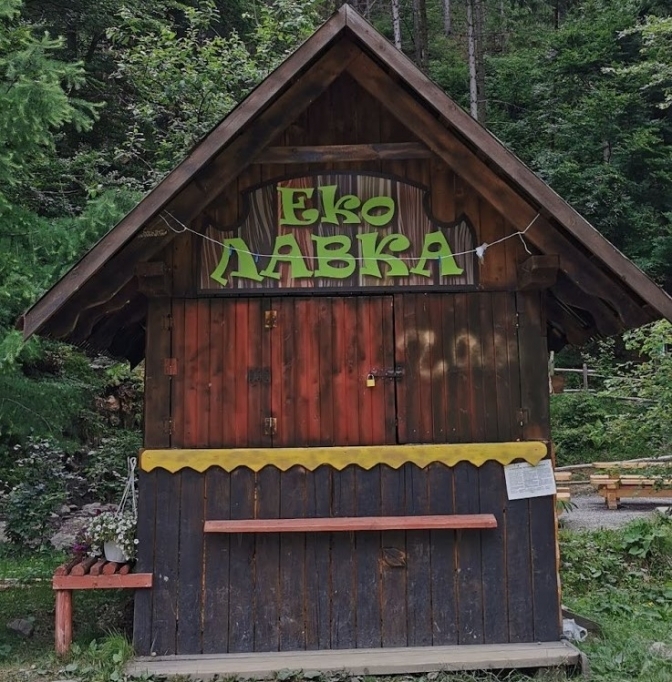 I have since taken Turki’s advice and said hello to Saudis I have seen around Lviv. As a result, we’ve had good conversations. I’ve heard approval of the Crown Prince’s reforms, especially those allowing women more rights including the right to drive cars. As with Ukraine, as with so many countries, there is a corruption problem but people plug on. I hope to have more of these conversations.

And, in a move that made me feel like an ambassador of Ukraine, I once gave a couple of Saudis, after issuing a proper warning about what it is, a little bit – чуть-чуть (choot-choot) – of that Ukrainian specialty, samohonka, the sort of thing forbidden in the kingdom but perhaps for the Saudis the main thing was not the substance of the gift but the action of it, an acton they know well: the art of hospitality.

«A Carpathian Idyll on the River Resistance»: a week in Skole