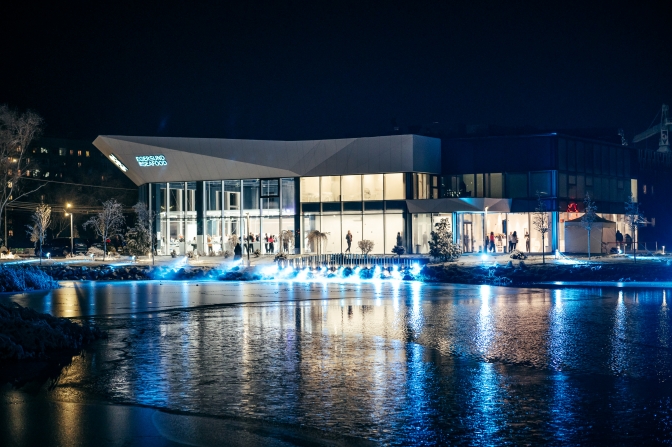 A new seafood store of the Norwegian company Egersund Seafood has opened in Lviv. The network’s store on the street Stryiska became the sixth in Ukraine and the first outside the capital, Kyiv. The size of the retail space in this store makes it the brand’s largest in Ukraine.

The opening ceremony of Ukraine’s largest seafood store was attended by Eric Swedal, the Ambassador of the Kingdom of Norway to Ukraine, together with the representatives of Norwegian seafood companies and Lviv’s mayor, Andriy Ivanovych Sadovyi. 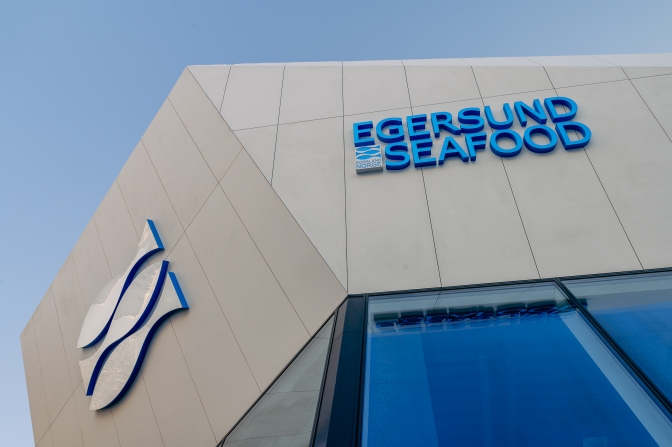 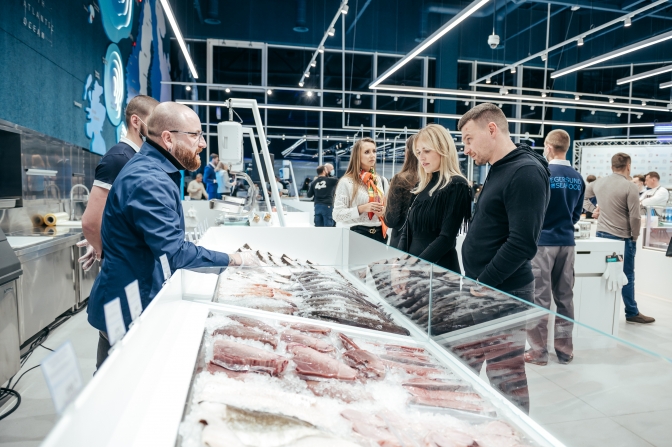 Before the opening, the organizers prepared a presentation of the company’s fish products, a culinary show, and a concert of classical music.

The top event of the evening was the presentation of an exclusive product–a wild Atlantic bluefin tuna, weighing 320 kilograms. Unlike a farm product, this fish [similar in size to a large dolphin] grew naturally in the ocean.

Egersund Seafood catches wild bluefin tuna from the Atlantic and now is supplying Ukraine for the third year in a row. During the first year of import, 35 giant fish arrived in Ukraine. In the same year, 24 more fish were sent to Japan–to the auction of the world’s largest fish market «Tsukiji». 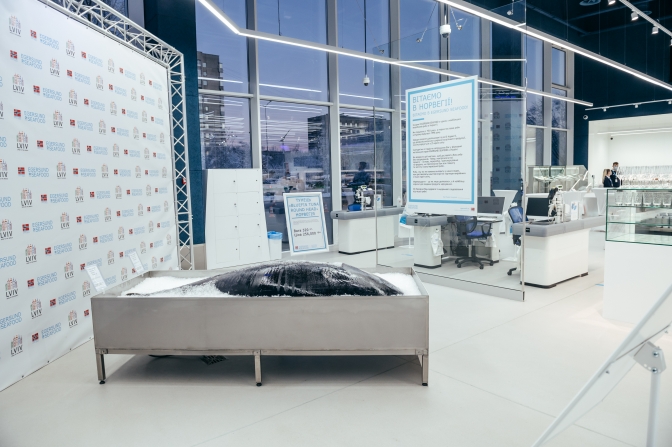 Wild tuna is caught in Norway in September only. Fish are frozen by shock method, and kept at a temperature of -43 degrees Celsius (-45 F). This year, Egersund Seafood caught 350 giant tuna, 30 of which were brought whole to Ukraine.

«Due to the fact that we catch, import and sell this tuna without intermediaries, its price is much lower. The cost of a kilogram of wild tuna fillet is 1,400 hryvnias, while farm tuna, depending on freshness and quality, can be sold for 1,800, 2,000 and 2,400 UAH per kg. That’s why wild bluefin tuna is an exclusive product that is cheaper than farm tuna,» – Egersund Seafood product trainer Oleksandr Pohosov said. 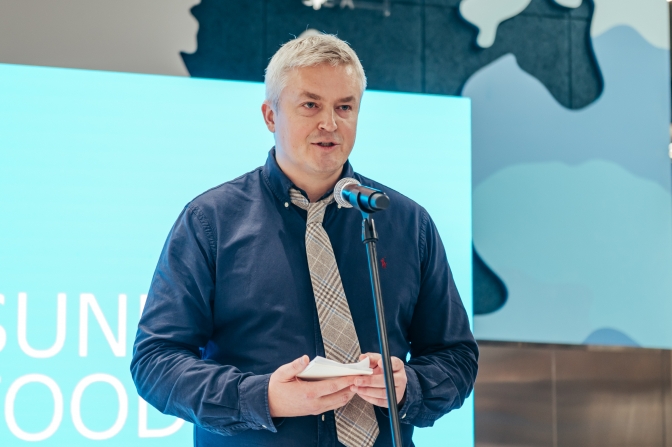 According to Andriy Fedoriv, the author of the store’s concept, a well-known Ukrainian marketer, and founder of the Fedoriv Group, the design of the store is based on a very simple idea – it’s cold and true. «We are not trying to flirt with the consumer. The company is Norwegian and for them, it is organic. There is no bright color here. Everything is white and blue. And this is ice, this is the sea,» – he said.

The Egersund Seafood chain is part of the Pelagia AS group of companies, one of the largest fish producers in Norway. Co-owners of Pelagia AS are the world’s largest producers and exporters of Atlantic salmon and trout of the highest quality: Leroy Seafood and SalMar.

«I am extremely pleased to open the store in Lviv,» Oywind Setren, Executive Manager of Pelagia Holding in the Eastern European Region said. «Exactly 100 years ago, the first production facilities of Pelagia Holding were established in the town of Egersund in Norway. The key to our success is that we are constantly innovating and constantly evolving.»

On the occasion of the representative office’s opening in Lviv, a special video address was made by Egil Magne Haugstad, the Chief Executive Officer of Pelagia AS. «Our cooperation with Ukraine is at a high level. The opening of this store will contribute to the life of Lviv, Western Ukraine, and the activities of the Pelagia holding in Ukraine,» – he said. 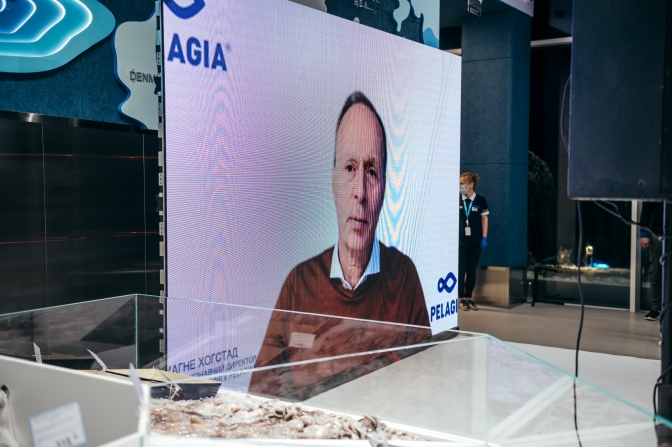 The opening ceremony was attended by the Ambassador of the Kingdom of Norway to Ukraine, Eric Swedal: «Today’s ceremony is a good indication that Ukraine is literally «growing appetite» for quality Norwegian fish and seafood. And we are happy to share them with you. We supply them to 150 countries around the world, Norway is the second largest exporter of seafood after China. Every day during the year, 37 million Norwegian seafood dishes are eaten by grateful consumers around the world.» 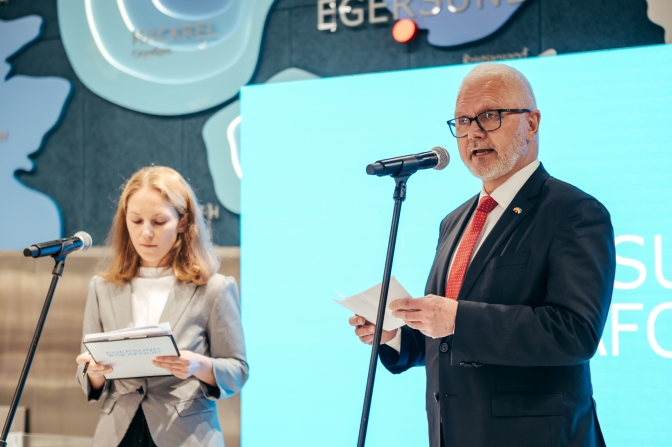 During the opening of the store, the Academic Symphony Orchestra «INSO-Lviv» performed a suite by the most famous Norwegian composer Edvard Grieg «From Holberg’s time». 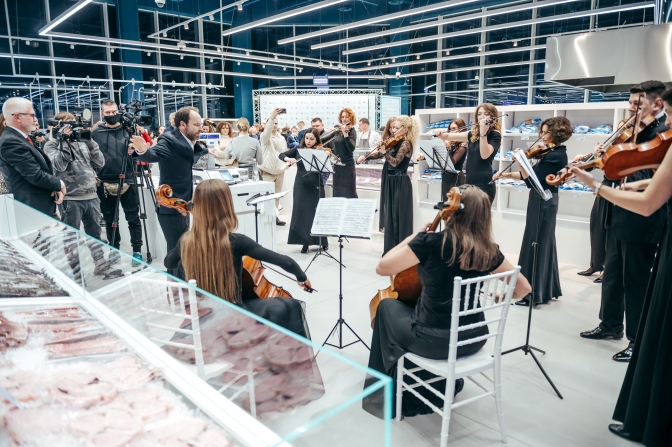 «Today, my old dream is coming true,» Lviv Mayor Andriy Sadovy shares. «I remember the first visit to Norway: all this beauty, delicacy and freshness. And I wondered when we would have such a wonderful store in Lviv. And today, it was opened. Honestly, it’s a little shocking for me. Because it is one of the largest and here is an extremely fresh fish that can be seen and tasted.» 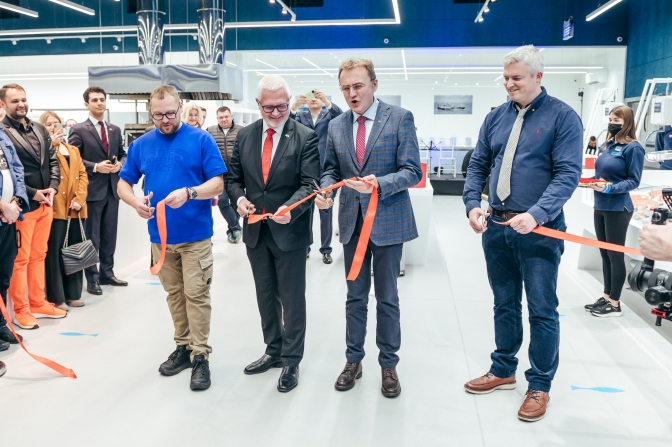 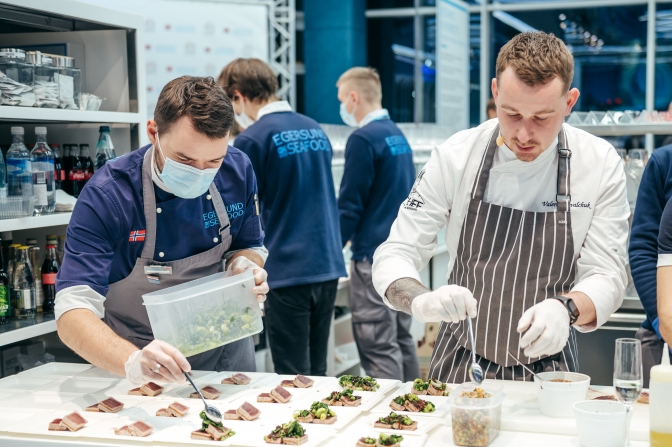 Because the company’s motto is: «We are experts in fish» – the store offers a wide range of natural seafood, as well as chilled farm fish from Norway and from proven partners of the company from other countries. 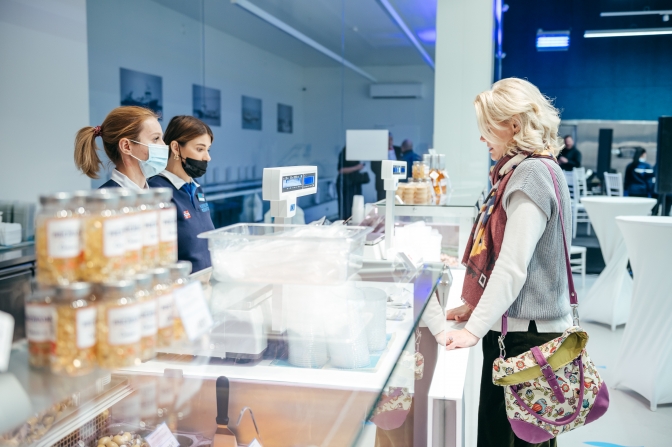 Farm red fish is grown in conditions as close as possible to natural – in the fjords, in the ocean, in icy running water. At all stages of production – from catch to counter, the company operates without intermediaries.