16:30 25 November 2021
Tweet
523 0
Whether you are wanting to take a stroll, have a picnic, exercise, play a game, go to a concert, take in a view, or trek through the snow, here are the best places to access nature within the city bounds. 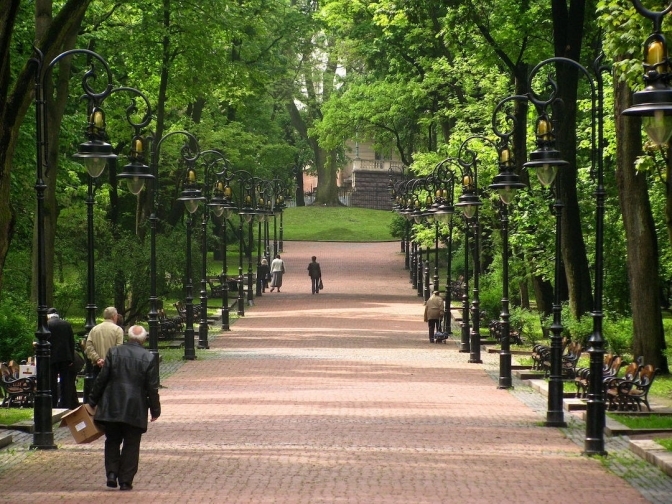 With its Belle Epoche entrance and swan pond, Stryiskyi is a vast, elegant oasis, surrounded by upmarket neighborhoods in full Austro-Hungarian glory, a little-tk outside the city-centre. Containing many follies tucked into and upon its large hills, its a pleasant place for a walk on its paths, green lawns, or in the winter, pristine snowy fields. There are concerts and events here sometimes, and the park’s great promenade leads to the campus and the church of the Ukrainian Catholic University, more or less the Harvard of Ukraine. Location.

Formerly called Jesuit Gardens and facing Ivan Franko Lviv National University, this park-square is just outside of the pedestrian centre. With a mix of winding paths–brick, dirt, stone, and pavement–Ivan Franko is pleasant for a walk or part of a jog. Its brick promenade, lined by 19th-century style street lights, slopes toward a view of the centre and the High Castle hill looming over Lviv. There’s also a playground and in pleasant weather food huts and a beer garden. In winter, it’s a popular sledding site. Location. 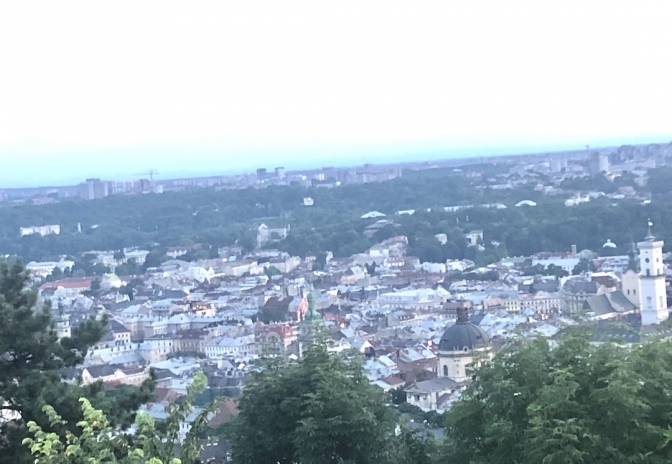 Formerly the site of Lviv’s castle, destroyed more or less by the invading Swedes in 1704, the High Castle Park is a place for a grand view of the city, the surrounding hills, Galician fields, and distant mountains. Ascending up a cobbled lane toward a plateau you’ll find two restaurants, a coffee shop, a paved circular path revealing in turn the whole city, as well as some dirt trails, a Stations of the Cross within a forest, and some views of the old city and of the Soviet-era sleeping city. If you proceed further up the peak, along a spiral walk, passing vendors and coffee-and-cocoa huts you’ll get to the ‘High Castle’ point itself, a stone terrace with places to sit and topped with a Ukrainian flag and offering the best view of the city, a great place to have a libation and cheese at sunset. Location. 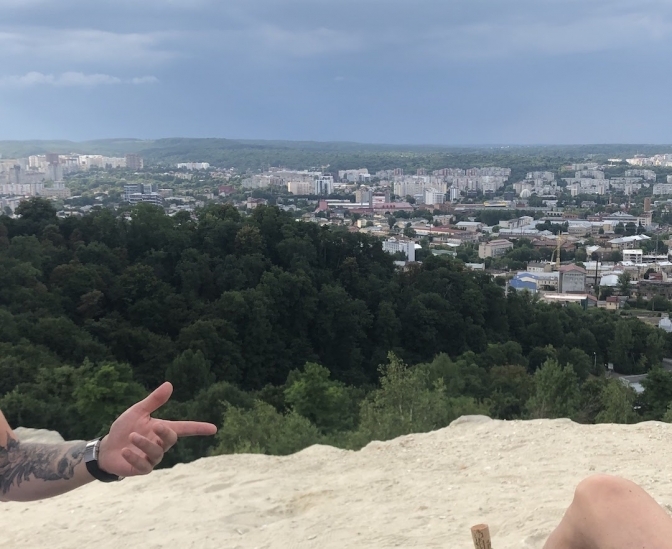 Russian composer Modest Mussorgsky’s «Night on Bald Mountain,» used in Disney’s The Sorcerer’s apprentice, was written about a different mountain, but Lviv has its own bald mountain, visible from the High Castle, and topped by a cross. Especially if you are there watching a distant storm approach from the horizon, you can feel Mussorgsky’s idea. It’s not manicured like the High Castle–it’s a bald dirt and rock slope at the top and is harder to reach and find, which is why it’s popular with locals. Near the base of this is a park called Kaiserwald, meaning «king’s forest.» Within its forested hills are trails, a small outdoor gym, and a wildlife rehab center where you can, free of charge, see up-close wolves, owls, foxes, unusual Eastern European mammals, and a wandering stork. Bald Mountain location. / Kaiserwald / Animal refuge. 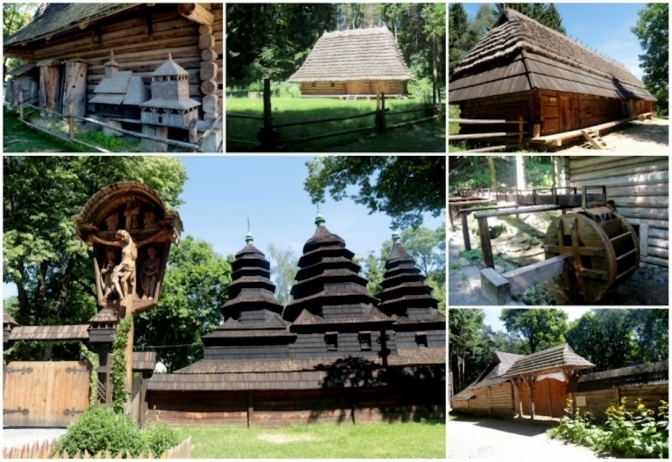 This folk park, in the style of Stockholm’s Skansen (a name sometimes used here in Lviv), is a large forested swath containing original old houses and churches moved here from around Ukraine. Hai means «forest grove,» and you can find many trails through the woods here. Many of these you can enter; you can also find some sheslyk, Ukrainian barbecue; drink uzvar, a cold, smoky tea-like drink; buy the famous painted Easter eggs; local flax and pumpkin oils; and other items. At Julian calendar Easter many of the city’s creative and entrepreneurial class gather here wearing the traditional vyshyvanka embroidered clothes for a party amid the trees. Entrance fee is a dollar or so. More info here at the park’s website (Ukrainian only). Location. 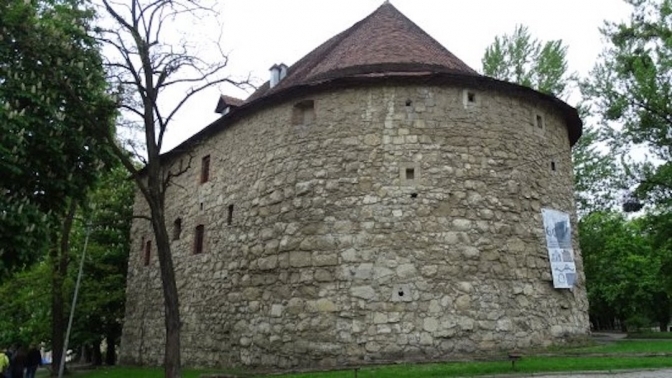 This centre-city park, in the shadow of the monument to the Heavenly-Hundred, is also the centre’s outdoor sports area, with a gated basketball, boule or bocci courts, chess tables, a skatepark, and an outdoor gym. Its linden promenade offers a good view of the Dominican church dome. Location. Accessible by paying a dollar or so for admission, this large, hilly, forested cemetery is home to stunning monuments and is a good in all season’s for a contemplative walk. Location.