18:25 02 September 2021
Tweet
832 0
The event will take place in front of the university’s main building, and the building itself will become a part of the stage. 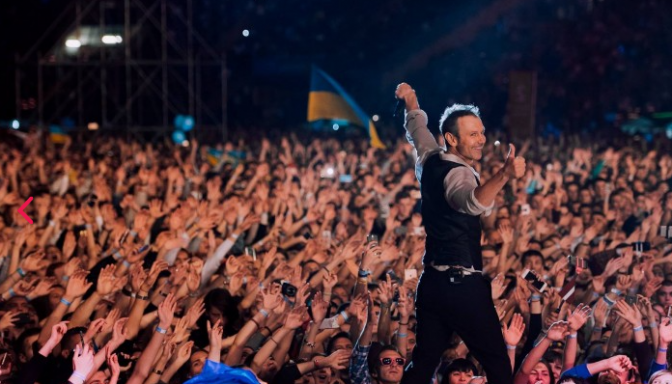 On September 18, the popular Ukrainian rock band «Okean Elzy» will hold an open free concert near the main building of Ivan Franko National University in Lviv, on the occasion of the institution’s 360th anniversary. This was reported in the press service of the band.

«This year, Ivan Franko National University of Lviv turns 360 years old. In honour of this date, my friends and I, also [Ivan Franko] university graduates, decided to make a gift to our Alma Mater», – the band’s frontman Sviatoslav Vakarchuk stated on the «Okean Elzy» Facebook page. Vakachurk has a PhD in physics (supersymmetry) from the same university, and he also served twice in the Ukrainian parliament.

The concert will take place on Saturday, September 18, at 20.00 in the square in front of the main building of Franko University. The event will be open and free of cost for everybody.

The band’s press service informs that the university building itself will become part of the stage: a special lighting program from the Lithuanian guru of concert installations Arvydas Buinauskas will be projected into its wall.

Let us recall that Ivan Franko Lviv National University was founded on January 20, 1661. This year, one of the oldest universities in Ukraine and Eastern Europe celebrates its 360th anniversary. The university had several names at different times: Josephine University, Lviv Lyceum, Franz I University, Jan-Kazimierz University of Lviv.