12:44 26 October 2021
Tweet
234 0
Inspired by an Academy Award-nominated film, the explorers found the Holocaust hiding place in a city sewer, where the River Poltva is submerged. Now, they propose to open and mark the spot. 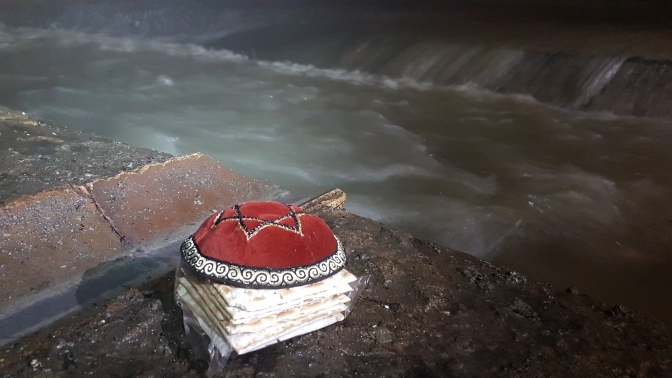 Andrii Ryshtun, a well-known Lviv digger (one who travels in the underground chambers) and two historians found a place in the city sewer where Jews had been hiding for more than a year during the German occupation. Tvoemisto.tv shares the images of this discovery from the website of Lviv diggers, where they promote this type of industrial tourism, or «urban exploration».

The hiding place was found from detailed descriptions in the books of Ignatius and Christina Chiger,a father and daughter who survived these events. They got out of their underground hiding place, where they had stayed for 14 months, in the courtyard on Soborna Square. Researchers have been working for more than a year to find this place. Now the explorers propose to open and mark it for excursions.

«There are two ways to get to this place: through the hatch on the summer terrace of the cafe in front of St. Andrew’s Church, or the one Jews used – from Poltva [the river buried under Lviv]. Here is a way from the Mickiewicz monument along the streets Valova and Serbian. The last two hundred meters you should crawl on all fours along the sewer pipe. The path, location and configuration of the hiding place fully correspond to the memories of Ignacy Chiger’, – Andrii Ryshtun wrote on his Facebook page.

On 8 September 2021, he told on his Facebook page how the search process lasted. They worked together with historians Gandzey Tychka and Oleksandr Ivanov and investigated the place for several years. They first came across the hiding place under Soborna Square in 2019, later returned, and only now decided to tell about it.

These researchers managed to find a shelter from the most famous story about the rescued Jews in Lviv. When the Germans came to Lviv in 1941, seventy Jews went down the sewer, but only eleven came out. They stayed there for more than a year. The place for hiding was shown to them by employees of the city sewerage networks – Poles Leopold Sokha, Stefan Vrublevsky, acknowledged the Righteous among the Nations, and Ukrainian Yuriy Kovaliv, who’s fate is still unresearched. They brought the Jews food and necessities.

«These dungeons are small, for one or two families. It will not be possible to stand in full growth, it is necessary to bend. Well, how else could they survive?! Food and necessities were brought from outside by sewer workers. First for money, and then out of compassion. It lasted for a long year and a half. When the Soviet government came, the exhausted Jews came out into the sunlight and described their adventures in a book», – says Andriy Rishtun. 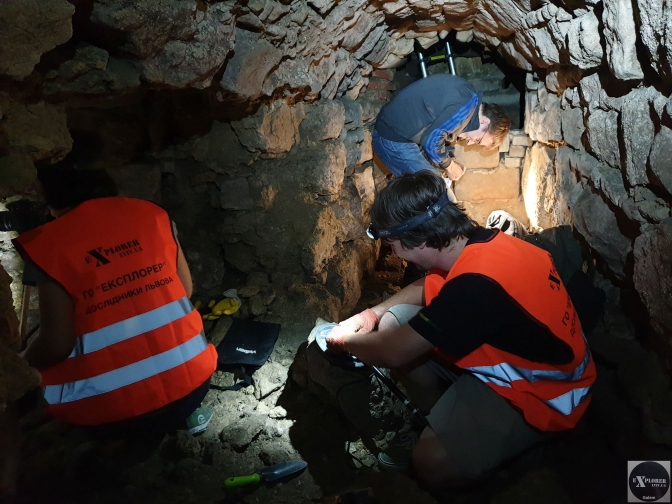 In a comment to >Tvoemisto.tv, Andriy Rishtun says that this place should be marked.

«We knew about this place that it was somewhere, but you just can’t come across it. To get there, you have to go through very awkward tunnels, it’s a maze. Even when we came, the hiding place was walled up. We saw through the crack that there was a passage, dismantled the masonry and saw things, artifacts – flashlights, bottles. I offered to install a memorial hatch in this place. It can also be opened to visitors. It is difficult to get there from the Poltva, but when we got there, it turned out that there is now a modern hatch that goes outside», – he says. 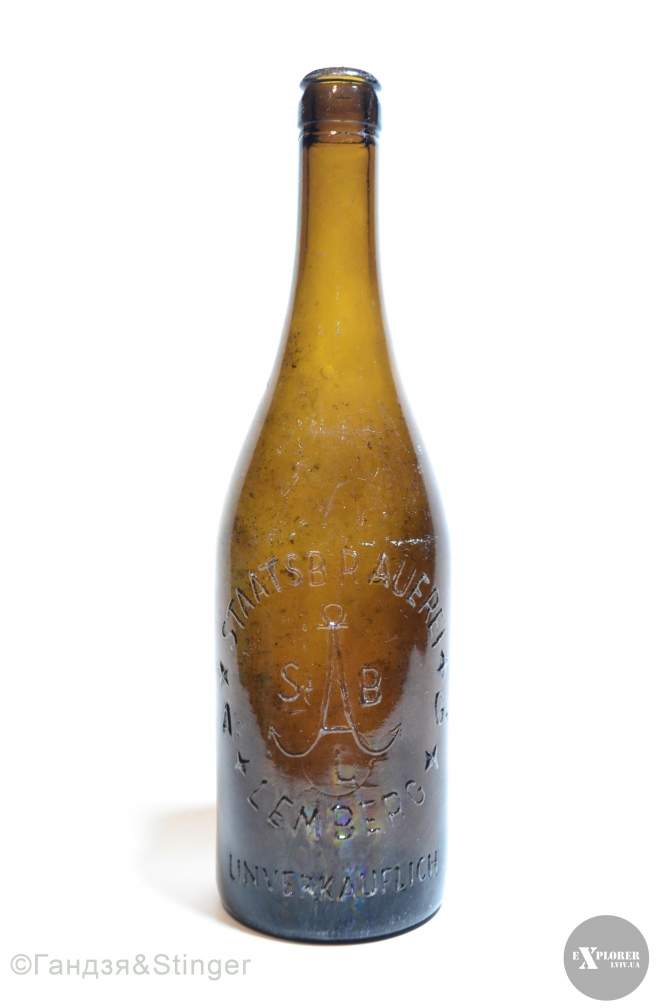 One of the first items that caught the eye of researchers in the former Jewish hideout was a bottle of Lviv beer. Photo from explorer.lviv.ua 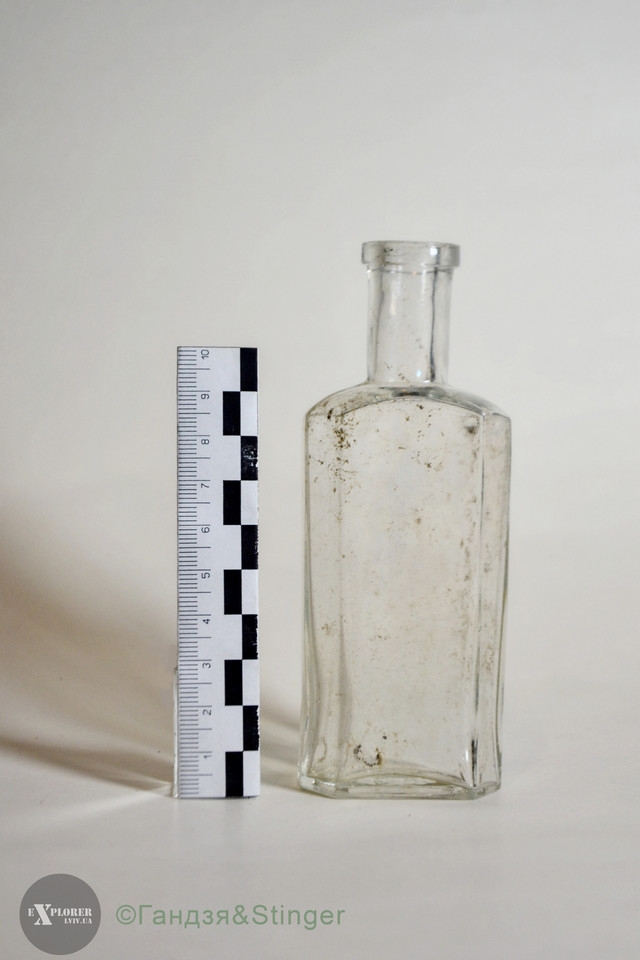 Bottle without labeling Photo from explorer.lviv.ua 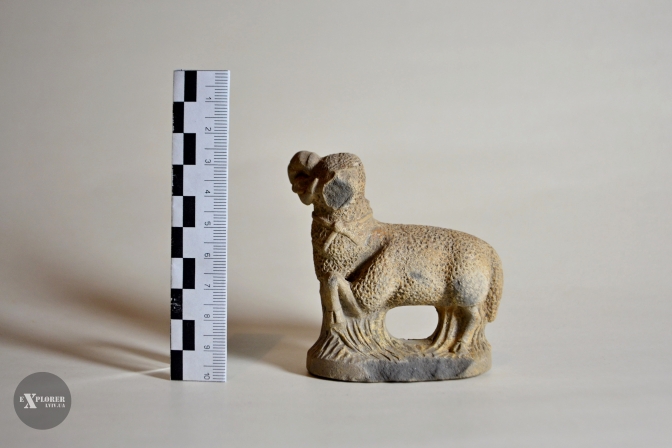 Andrew Kozitskii is an historian and associate professor of Modern and Contemporary History of Foreign Countries in Lviv’s Ivan Franko National University, and author of the book «Shadows of the Jewish City. Guide Lviv», In comments to Tvoemisto.tv he said that not all Jews who hid in the sewer could survive there when it became clear that the Nazis were going to kill them. The bodies of the dead were found in the sewer, he says. The river Poltva, which at that time came to the surface on Zamarstyniv district, carried them away.

«This is a unique thing, there were no Jewish hiding places of such a level found in recent years. Back in the early 2000s, in one of the towns in Poland, a place was found where Jews hid in a clockwork in the Town Hall. Also at that time a hiding place in Zhovkva was found under one of the houses. But this finding will have an international resonance», – he said.

He adds that such places are places of memory. And I am also sure that this shelter should be marked and opened for visitors.

Lviv was once one of the major Jewish centers of the world. Out of more than 150,000 Jews in the city, only about one percent survived the Holocaust and pogroms, according to estimations.

Lviv Holocaust survivor Krystyna Chiger, who became a dentist now in New York, published in 2012 a memoir about her time hiding underground, The Girl in the Green Sweater: A Life in Holocaust’s Shadow.

The film In Darkness (2011) tells the story of the Jews who hid in Lviv’s sewers. It was directed by Academy Award nominee Agnieszka Holland.