Scaffolding removal reveals one of the city’s most stunning facades

12:37 19 November 2021
Tweet
136 0
With more than 100 years of history the building once housed the offices of the Dniester insurance firm, presided over by a famed Greek Catholic bishop who resisted the Nazis and Communists. The German government helped fund its long renovation. 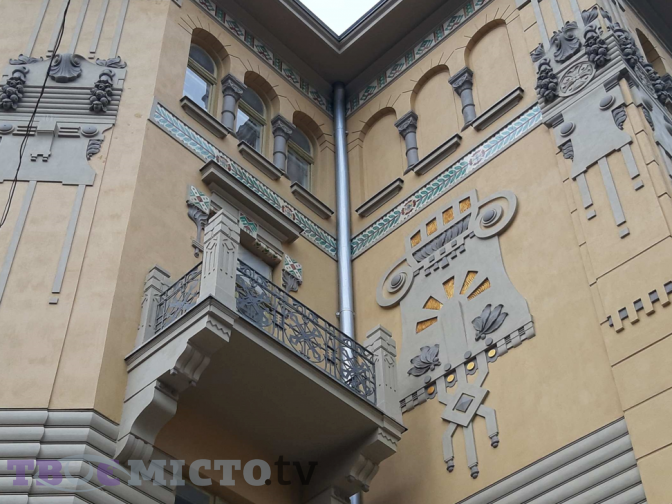 Currently, scaffolding is finally being removed from the restored facades of the building, located on the street Ruska, 20, on the square adjacent to the old armory, now a popular barbecue restaurant, and across a small park from the oblast government building. Remaining works need to be completed on the portals, plinth, and facade of Ruska Street. 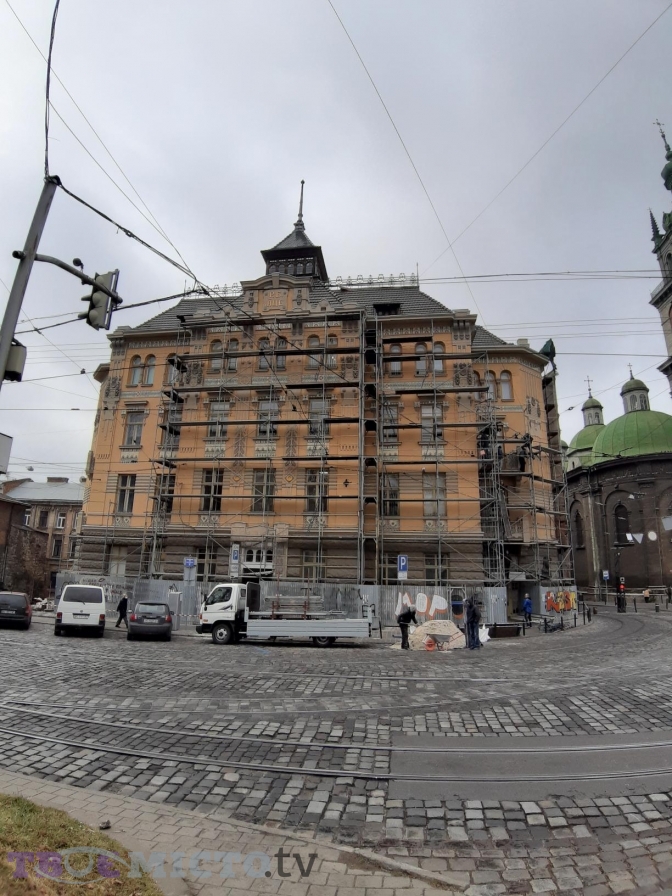 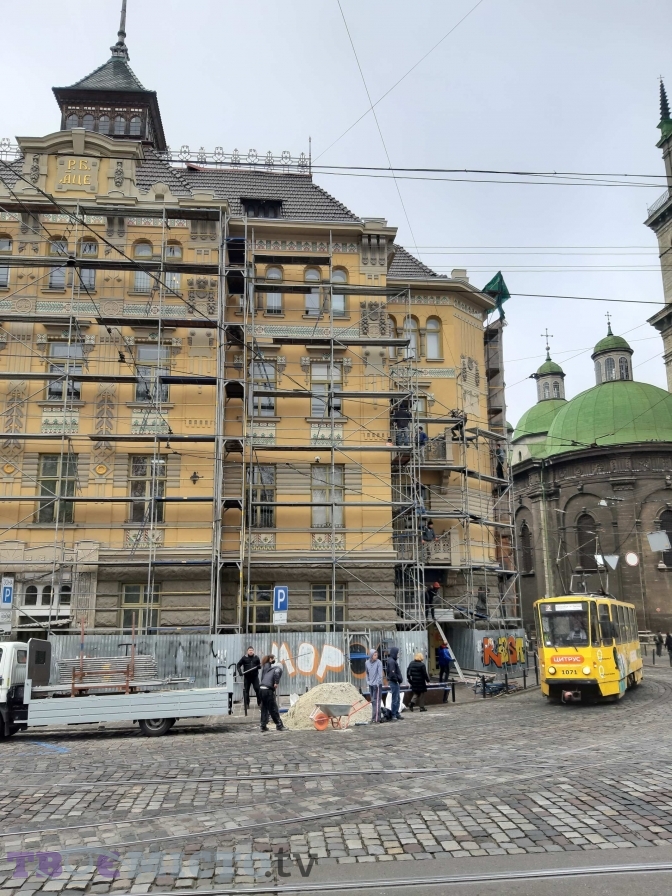 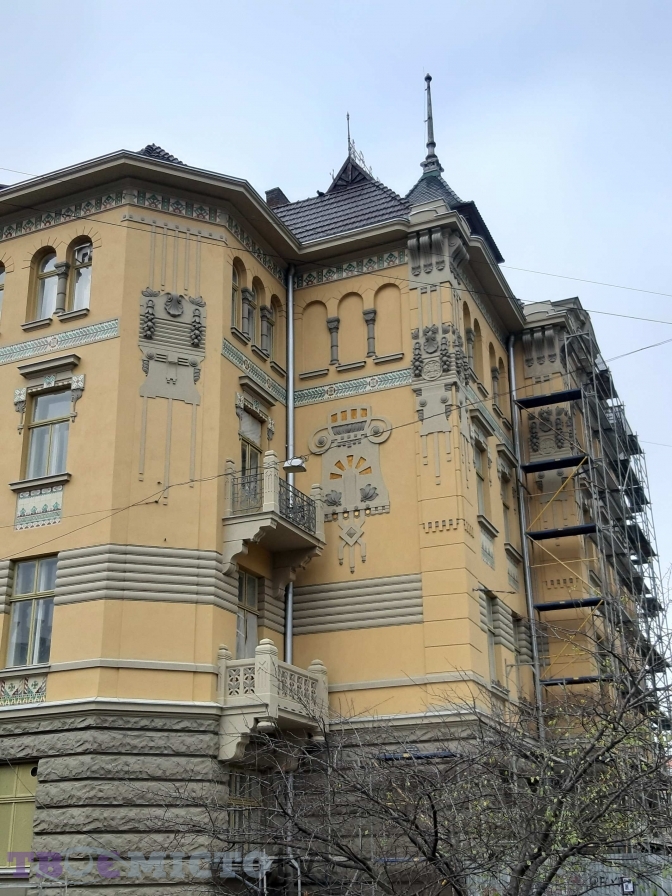 A tender for restoring the facade of the former insurance company «Dniester» was held in autumn 2019, its cost was 10 million UAH.

Earlier, Lilia Onyschenko, the chief of the City Council’s Department for Preserving the Historical Environment, said that the work would be carried out in stages. In 2010, the roof was completely replaced with a new tile. During the project «municipal development and renovation of the old part of the city», funded by the German government, the restoration of all metal on the facade of the house – two pairs of front doors, all metal bars on the balconies and a metal lattice on the roof. The windows were restored at the expense of the city budget. The facades are complex because they have elements of ceramics. 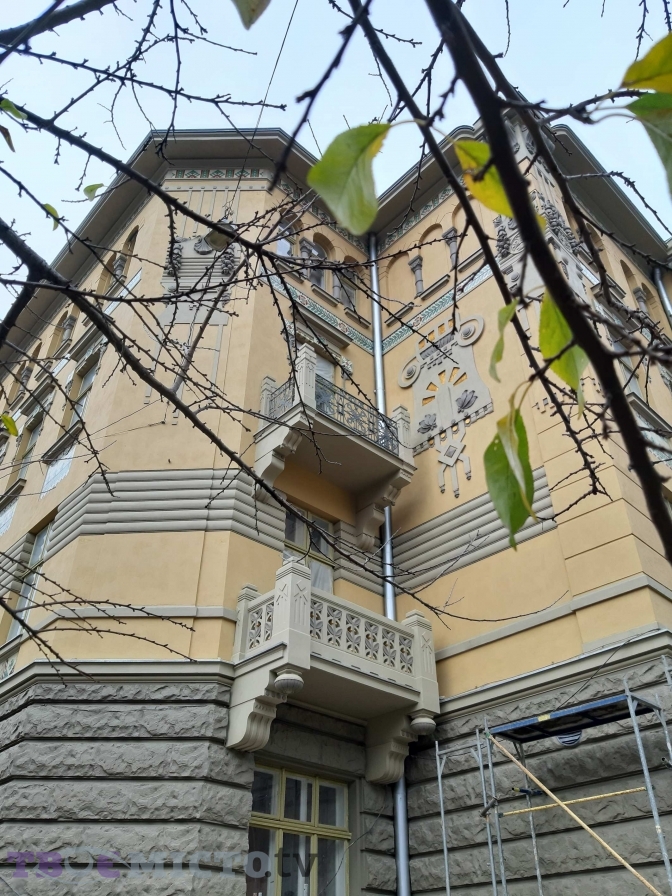 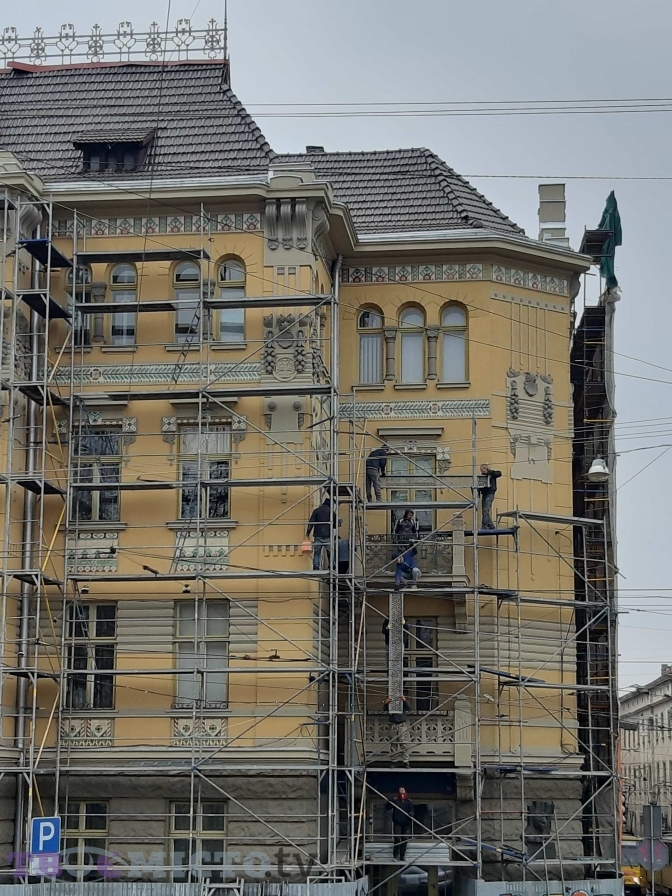 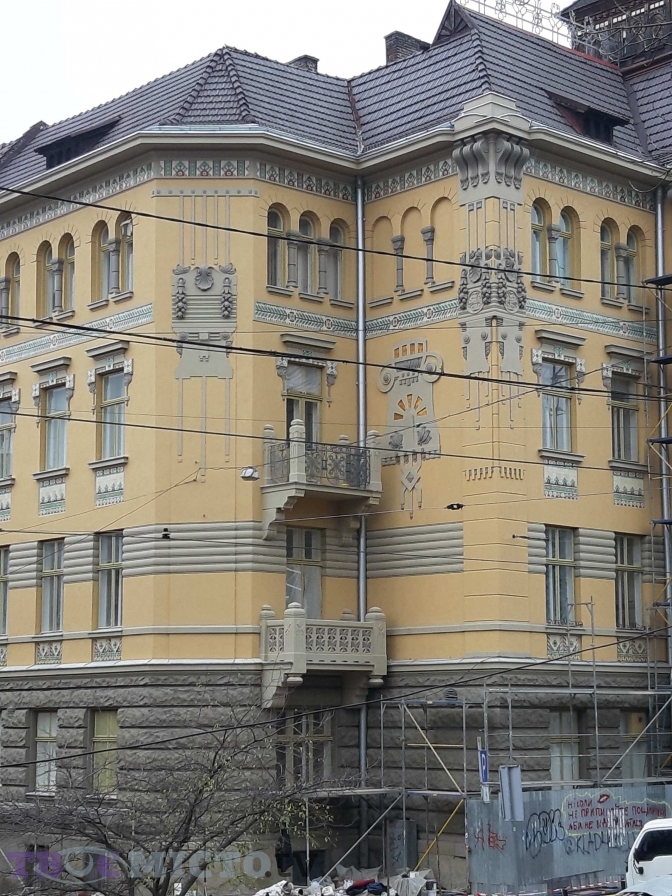 The building at Ruska 20 street was built in 1905-1906 according to the project of architects Ivan Levynskyi and Tadeusz Obminsky. The building at the edge of the centre once housed the insurance society «Dniester,» founded in Lviv in 1892 as a cooperative for mutual financial help among Ukrainians in Galicia. Its initiator was a famous Western -Ukrainian politician Kost’ Levytskyi. The famed Greek-Catholic Metropolitan Andrei Sheptytskyi, known for resisting the Nazis and the Communists, served as the society’s president.

In the 1950s it housed a dormitory for a Communist Party school, a dining room and gym for the regional council, a bathhouse, and a shoe workshop. The building is listed in the register of architectural monuments.