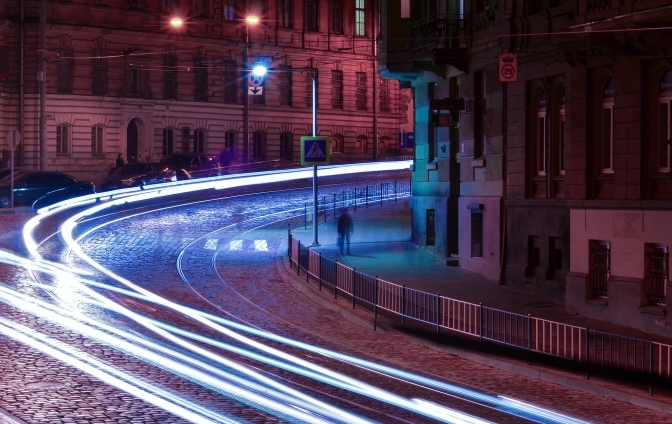 To my Western senses, it was at first a beguiling, maddening scene: Up and down, up and down, people of all ages went, their hands flying in flurries of frenetic crossing, then their foreheads or lips touching the floor, then back up right again with more crossing before hitting the floor again. Pulsing chant wrapped around us in psychedelic crescendos that went forward but also went nowhere, a giant loop. I was in the 17th century church of St Michael the Archangel, on a hill avbove Lviv. In the eastern style, there are no pews, only a few benches on the side and so plenty of space for people to join the holy calisthentics, the spiritual burpees, during the penitential season of Piste, which means «fast,» what westerners call Lent.

Lviv is the world’s only metropolis that is majority Greek Catholic, which makes this city at the very least unique: no other place has such an ethos. In Istanbul the prayer calls from minarets spread enchantment over the city several times a day. In Lviv, the aural vibe is not so different: Every evening in the streets and squares you can hear the chant of this city’s many Greek Catholic churches broadcast on outdoor speakers. You see people stanidng in the squares listening and worshipping or crossing themselves as they walk by. 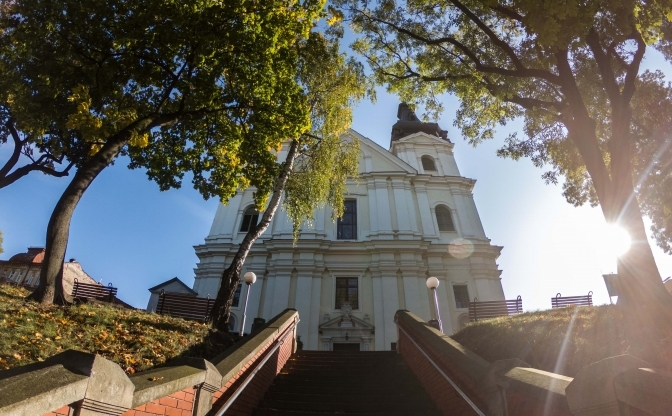 Because Greek Catholicism is such a norm here, perhaps people here take it for granted and do not easily explain it to the foreigner. It took me a few weeks to realize what was going on in this strange place, though I immediately liked the absense of pews, or pew-prisons, where you are stuck during the whole mass. Here you can walk around during the liturgy or hide in the shadows. Maybe this is more meditative, personal, conducive to real prayer.

The Ukrainian Greek Catholic Church is in communion with the Pope and Rome but is in the ancient style and tradition of Byzantine Christianity, the church of Constantinople--now Istanbul--ever since they made a deal in 1596. Greek Catholic is fully Catholic, then, but with a lot of automony: the rubrics are different, the priests can be married, and the religious holidays are on the old, Julian calendar, which is two weeks behind the modern, western Gregorian calendar.

This makes Lviv, which also has a Latin cathedral on the new calendar, a city of Two Christmases, Two Easters, Two Good Fridays, Two New Years. Because Easter is determined by the full moon, it can be, as it is this year, as many as five weeks later than in the West.

In the Soviet times, all this fell silent. The church went undgeround, while the buildings, Greek and Roman alike, were turned into storage facilities, or in the case of the former Domenican church, now the Greek Catholci church of the Holy Eucharist, turned into a museum of atheism. In the 1968 film The Shoes of the Fisherman, Anthony Quinn plays the Greek Catholic archbishop of Lviv who escapes a Soviet gulag and becomes Pope. It technically could happen.

Most of the Greek Catholic churches--and there are a half dozen beautiful ones clustered in the centre--do not have pews in the middle, only a few benches on the sides. With their high ceiling, ornate statues, and often spectacular murals, I feel I could also be in the grand waiting room of a train station. And when I enter, say, the church of St. Michael on a quiet afternoon, while the shifting clouds play light tricks through the stained glass, I look at the few people--maybe an old lady, a military officer, a mother and son--and I feel as though we are in some waiting room for eternity.

But when the churches are filled with what looks to the outsider as «spiritual exercise class,» it seems anything but a waiting room: but rather a training ground for the soul and some launchpad for another world. Even if you never enter a church here, you cannot escape the bells, the chant, even the smell of incense in the streets. It has the effect of unifying the city, of infusing it with some distinct identity, of making it a place of portals to another world. The world’s great cities have some sort of genie-soul, some sort of metaphorical forge that breathes life, creativity, and energy into a place. Walking around here, listening, breathing it in, I know so does Lviv.

Up and down, up and down, people of all ages went, their hands flying in flury of crossing, their foreheads or lips touching the floor: Where are we? When are we? And where are we going?