«We must complete the transition from Soviet memory to European traditions.» A historian about May 8 and 9

16:02 09 May 2022
Tweet
262 0
According to historian and MP Volodymyr Vyatrovych, for Ukrainians, it’s not only historical justice, but also a matter of security. 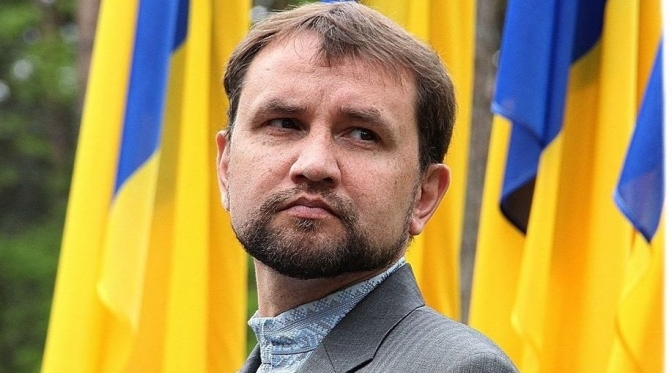 During World War II, Ukrainians were part of the armies that led to the victory over Nazism. This was stated during the broadcast of «Tvoe Misto» by Volodymyr Vyatrovych, a historian, researcher of the liberation movement, and until recently – head of the Ukrainian Institute of National Memory.

«In terms of world history, Ukrainians were part of the armies that led to the victory over Nazism. Millions of Ukrainians belonged to the Red Army, 100,000 were in the Ukrainian Insurgent Army, and tens of thousands in the British, Polish, and French resistance movements. Together, they led to Nazi Germany finally signing an act of surrender. Therefore, we can absolutely claim the role of those who made the victory over Nazism possible,» – says Volodymyr Vyatrovych.

Read also: Impermissible, that Ukraine still celebrates Victory Day on May 9, together with Russians. MP’s opinion

According to him, during the Second World War, no purely Ukrainian army existed, so we had to fight in the armies present on this territory. Unfortunately, it was often a war of Ukrainians against Ukrainians – in fact, for the interests of others.

The only structure that clearly set out to create an independent Ukrainian state was the Ukrainian Insurgent Army.

Historian Volodymyr Vyatrovych, who is involved in the commemoration of May 8 – Ukraine’s Day of Remembrance and Reconciliation, says that we now have a transition period, the task of which is to finally abandon May 9 as Victory Day, celebrated in the Soviet Union and current Russia.

«Unfortunately, this final step has not been taken yet, although Ukrainian society has matured. Recent opinion polls show that 80% of Ukrainians are not ready to celebrate Victory Day on May 9. Ukrainians understand that this day is a monopolization of the victory over Nazism. This is, in fact, the basis of the cult of «victorious», which brought up the current murderers of Ukrainians, murderers in Bucha, Hostomel, Irpin, Mariupol. We must finally complete the transition from the Soviet memory of World War II and the anniversaries of the war to European traditions. And it’s not just a question of historical justice. For us, this is a matter of security,» – said the historian.

It isn’t known exactly how many people died on the Soviet side in the Second World War – first, it was said about 20 million, later about 27 million, and now – that this figure is underestimated. The figure of the real losses of the Soviet Union has been concealed and continues to be kept secret by modern Russia. The losses of Ukrainians were 8-10 million people who died in this war. Most of them civilians.

Read also: «We have to overcome the past.» Philosopher Andrii Dakhniy on the final decommunization

As for the traditions of celebrating Victory Day in Russia, the historian noted, they are poorly modernized Soviet traditions.

According to Volodymyr Vyatrovych, the military parade, militaristic arrogance and rhetoric are what the celebrations in Soviet times usually began with. Since 1965, this day has been a day off, and eventually, it started becoming a major holiday for the country. After the break-up of the Union in 1991, the time of celebration remained inertially. Since 2005, it has become one of the national holidays for the modern Russian Federation and one of the tools to maintain influence in the former Soviet Union. It was at that time that the actions of the «Immortal Regiment» and St. George’s ribbon were launched to show significance and strength, restore influence, and conceal Soviet crimes on the territory of Ukraine, which were commensurate with the Nazis.

It will be recalled that the media hub «Tvoe Misto» has launched a series of «Explaining Ukraine» meetings for foreign media to help better understand Ukraine, explain its aspirations for freedom and independence, and reveal the contexts of the Russian-Ukrainian war.