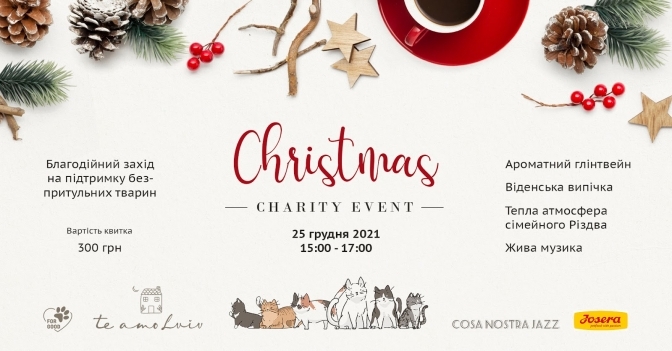 On western-calendar Christmas Day, 25 December, at 15:00 some Lviv cat lovers will host a party at Te Amo Lviv café to raise money for a city charity that helps rescue stray felines. It’s the idea of Franklin Orosco, who has lived all over the world for more than half his life, including some years aboard cruise ships, ever since he left his native California in 1988.

He first came to Ukraine right after the Revolution.

«I found Lviv to be such an inviting place with its historic architecture and design,» says the English teacher who also sometimes gives cooking courses.

Then he was living in Minsk for a few years, but once the elections turned violent in 2020, he left and returned to Kyiv.

He first began to think about street cats during a trip to Turkey: «The streets were their playground,» he said. «They were everywhere, like shown in the film, Kedi. They were utterly lovable and affectionate. « [Kedi is a well-received 2016 documentary about the street-cats of Istanbul.] 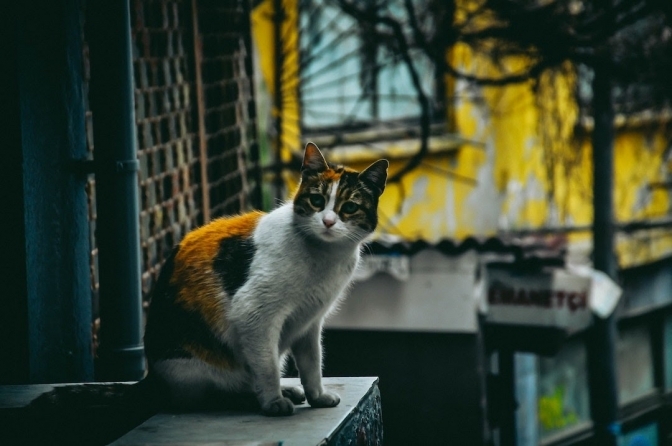 Later, Franklin moved to Istanbul, where he took in street cats to save them from the dangers of traffic, weather and illness.

«I would like for more people to know where to turn to offer a safe, warm home to a cat or dog that has been saved from living outdoors on the streets,» Franklin wrote me. «As I type this, I have a former street cat sitting across my arms and another is curled up on the window sill.»

In Lviv the Dlya Dobra/For Good rescues cats and then finds them new homes. With his love of cats, Franklin decided to help this charity.

«They have to depend on their meager resources to pay the rent, buy food, medicines, supplies, and keep the lights on,» he says. So along with his friend Elvira Davydova, he arranged the charity party for Christmas Day, 15:00-17:00 at Te Amo Lviv, a café opened in 2021 and frequented by expats and English-speakers. There will be jazz band, Cosa Nostra, and the ticket price of 300 uah includes a mulled wine and two desserts.

Elvira works with German pet food brand Josera, which is donating food to the organization for the rescued cats.

People can pre-pay event tickets, and choose their donation here on Facebook. Per the rules of the day, attendees must show proof of vaccination or a recent negative test.

Franklin is optimistic about the prospects: «We just posted information about this Christmas Charity event and within two days, a reader of the Facebook expats page came in to adopt a cat!»

Those who want to support the charity but cannot attend can donate via For Good’s Facebook page.

For reference: You can read the story of the Te Amo Lviv café here. And here you can read a column written by a different café regular each week.

Here’s our weekly list of English-speaking events in Lviv.

Note: In Lviv, the majority religion is Greek Catholic, in the style of the Orthodox but in communion with Rome. Because of this most Leopolitans celebrate Christmas beginning 7 January, though 25 December is also a holiday.

Here’s information about Christmas in Lviv: The main holiday locations.