The song of Pink Floyd feating the Boombox frontman ranked 1st in over 20 charts. Listen to it

13:17 11 April 2022
Tweet
245 0
The track uses Andrii Khlyvniuk’s vocals from his popular Instagram video, where he and the choir sing on Sofia Square in Kyiv. 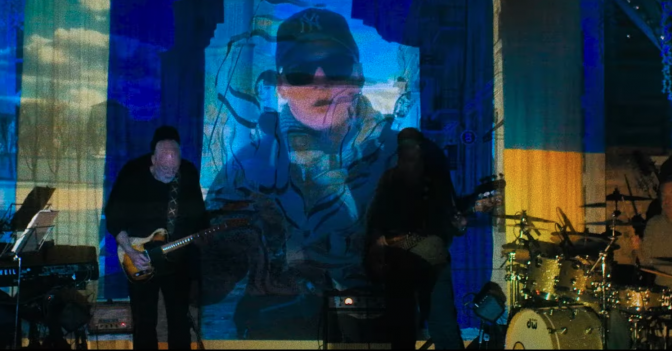 Screenshot from the videoclip

Pink Floyd’s single «Hey, Hey, Rise Up» with vocals by Andriy Khlyvniuk, frontman of Ukrainian band «Boombox», topped the iTunes charts in 25 countries. This was reported on the Boombox official website.

«Given that the money raised from the release goes to Ukraine, it seems that everything turned out fine. Many thanks to Pink Floyd and personally to David Gilmour,» – Boombox musicians added.

Read also: «Why finance culture, when the war goes on?» theatre life comes to living in Lviv

We will add that this is the first composition of the legendary band composed during the last 28 years. David Gilmour, the guitarist and co-lead vocalist of Pink Floyd, gathered all the musicians to support the Ukrainians who are heroically defending their country from invaders. The track uses Khlyvniuk’s vocals from his popular Instagram video, where he and the choir sing on Sofia Square in Kyiv.

The description of the video states that the song was recorded in support of the people of Ukraine. The artists also released a music video for «Hey, Hey, Rise». The video contains footage of the war in Ukraine.

Follow us on Facebook. Lviv Now is an English-language website for Lviv, Ukraine’s «tech-friendly cultural hub.» It is produced by Tvoe Misto («Your City») media-hub, which also hosts regular problem-solving public forums to benefit the city and its people.