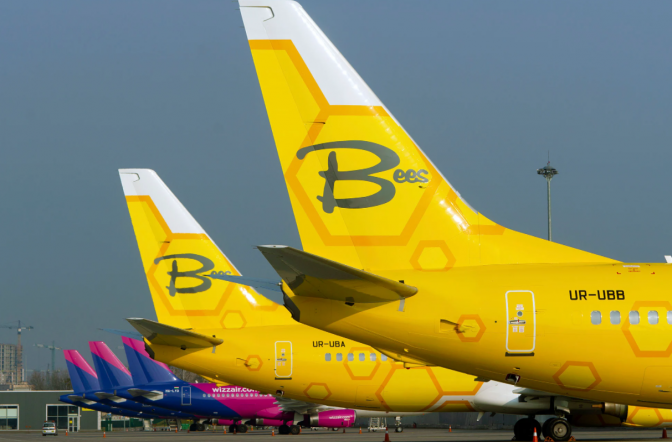 Ukrainian low-cost carrier Bees Airline, which launched flights in March 2021, will start a domestic route between Lviv and Kyiv.

«Finally, good news from the Bees. Larger types of planes on a regular route from Kyiv to Lviv! «, – said the head of the Lviv airport Tetyana Romanovska.

As stated on the Facebook page of Bees, air tickets start at a price of 651 uah (about $25). Flights will start 20 December on Mondays, Wednesdays, Thursdays, Fridays, and Sundays.

In April this year, the airline received the right to fly from Kyiv to Lviv, Odessa,and Kherson without restrictions on validity and frequency.

The airline’s fleet consists of 4 Boeing 737-800 Next Generation aircraft. Bees Airline plans to increase the size of the fleet to 6 aircraft in 2022.

You can read the Ukrainian version of this story here.