Public Forum: How to stop destroying the Carpathians

20:07 05 October 2021
Tweet
191 0
Lately, tourists have been riding off-road through pristine mountain wilderness in Jeeps. Locals worry this is destroying nature – and their peace. To find solutions, Tvoe Misto («Your City») media-hub held one of its regular, problem-solving public forums with environmental activists, officials, and operators of jeep-tour companies. 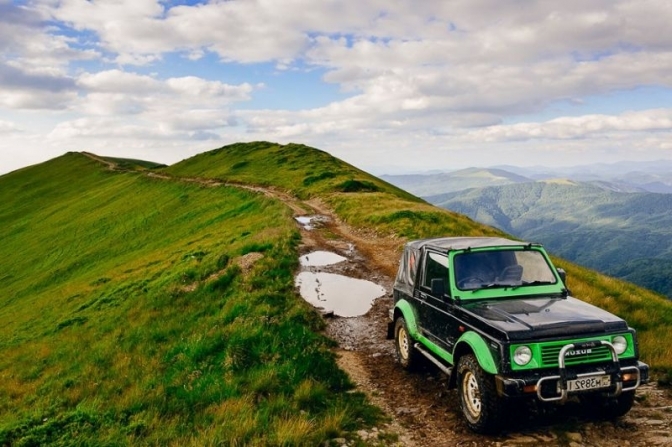 «The Carpathian Border 2021» trophy expedition of off-road motor-vehicles caused a loud public scandal in early summer. After all, motorists then not only violated the «silent mode», but also traveled straight through the meadows. Tvoemisto.tv then prepared an analytical material « Mountains and jeeping: Autotrophs on the off-road Ukrainian laws», after which the government promised to conduct raids to identify violators in nature reserves, and the Automobile Federation of Ukraine canceled all trophies and trials until the end of the year.

To find out what the current situation is with jeeping in the Carpathian mountains south of Lviv and how to solve this problem, Tvoemisto.tv organized a public forum with representatives of the Lviv Regional State Administration, the State Ecological Inspection, the Institute of Carpathian Ecology, and a lawyer on environmental issues.

What is the current situation in the mountains?

Taras Mykitchak, Deputy Head of the Institute of the Carpathians’ Ecology in the National Academy of Sciences of Ukraine, emphasizes that off-road vehicles continue to run almost all over the highlands. 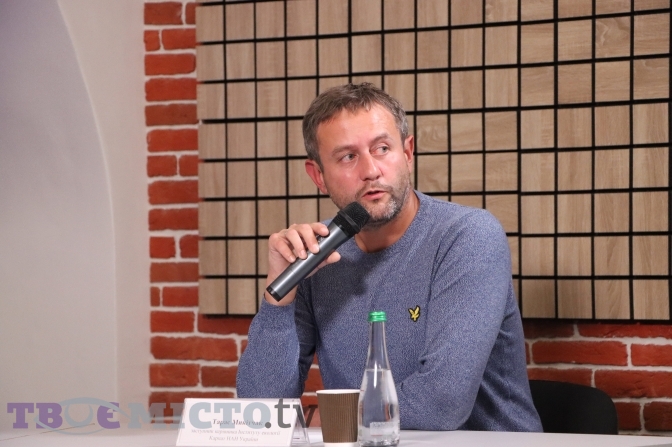 «Maybe something has changed after these scandals for mass events, but the passage of SUVs continues, almost all over the highlands. In addition, I would like to take into account not only jeeping, but also ATVs and motocrossing. It is desirable to consider them together, because their desire to go somewhere is the same. Most of them hide behind the fact that they did not know where they had gone. To a large extent, this is true, because most of the visits to the nature reserve fund are not marked. We see signs only on those roads where tourists go. Jeeps choose difficult roads – dirt, forest decoys. It is possible that if there were markings, some conscious part would not have committed these offenses», – says Taras Mykitchak.

Also, according to the ecologist, the flow of jeep drivers and harvesters of berries or other vegetation has recently increased in Chornohora mountain range due to the fact that they made the road to Dzembronia. Tvoemisto.tv has prepared an article about the harvesting of Icelandic moss and the way this process is destroying the Carpathians.

«Chornohora was previously closed for jeeping. There were also no such huge harvestings. However, after the road to Dzembronia was built, a mass gathering of plants and berries began. It seems that they did it deliberately. Moreover, state money was used for this purpose», – the ecologist says.

How does the law protect the environment?

Sofia Shutiak, a lawyer on environmental law, notes that the legislation is spelled out correctly, it protects the environment, but in practice it’s not observed. For example, there are no tools of control, particularly towards tourism, which is actively developing. 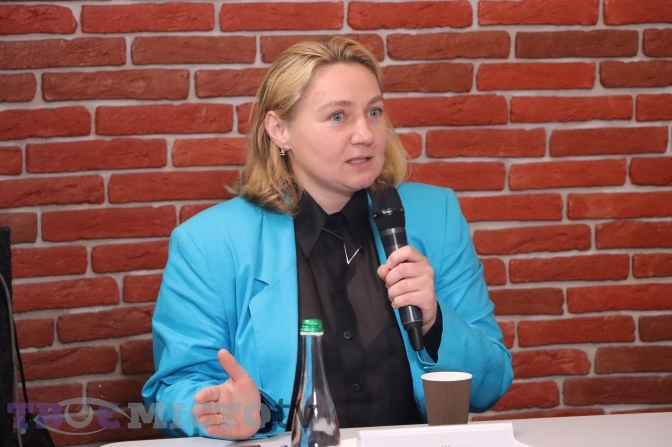 «As a lawyer, I do not believe that environmental legislation is imperfect and does not protect the environment. There is a difference between the legislation which is prescribed and the practice of its application. There are problems with the practice of its application, because there are no tools to control, particularly towards tourism, which is actively developing. And the law on tourism doesn’t contain such a concept as auto tourism.

Are people who own vehicles and drive in the wild engaged in auto tourism? This issue is currently not regulated by law. But this does not apply to environmental protection. After all, as far as environmental protection is concerned, we have Article 66 of the Constitution of Ukraine, which clearly states that everyone must not cause harm to the environment», – Sofia Shutiak points.

The human rights activist says that according to the laws on road transport and roads, four-wheeled vehicles must travel exclusively on highways. Therefore, neither the meadow nor the mountains fall under this concept. Therefore, vehicles should not be in the wild, the lawyer emphasizes.

«But here the question arises, who should control it? Who should record such a violation. This should be monitored by local communities. Therefore, it is necessary that the united territorial communities make access roads, inform where you can drive, where you can leave the car. This will be a paid service. Filling the local budget and clear rules of the game. And thus the local self-government body would exercise control, and the State Ecological inspection, in turn, would control the local self-government body», – Sofia Shutiak considers.

What is the position of the jeeps?

A jeeper, entrepreneur, and founder of «Grofa adventures&outdoor« Rostyslav Antymys says that in order to regulate jeeping in the mountains, it is necessary to arrange paid routes there, as well as mark the boundaries of the nature reserve fund, including marking them on OpenStreetMaps, GoogleMaps and all available services of such type.

He also proposes to introduce certification of vehicles that can travel on similar roads. Then, in case of violation, the owner would receive a fine. 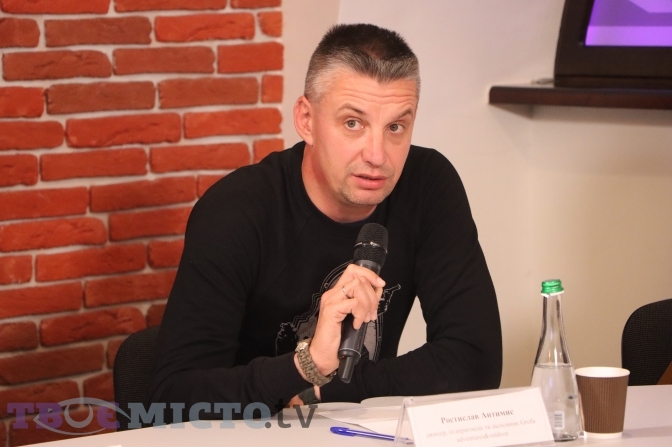 «Our people often think that jeeping exists only in Ukraine. In fact, it’s all over the world. Depending on what we mean. It’s one thing if cars ruin and destroy roads. And on the other hand, when the family goes to the mountains in a SUV, spends the night in a tent, walks and admires nature, but we won’t catch this hype. A few years ago in Chornohora, we drove through a national park with a toll road, then moved on a marked route specifically for off-road transport. This is a normal practice when such roads have been created in national parks. Of course, if you go right/left, you get a fine», – says Rostyslav Antymys.

Rostyslav Antymys believes that not only jeeping destroys nature. In his opinion, this is a complex issue. He says that in recent years, tourism has been developing at a rapid pace, people come to him anaware of outdoor ethics, they don’t understand the principle of «do not leave traces».

«We say that SUVs, ATVs, motorcycles are harmful to nature, but for some reason we are silent about the damage caused by hikers. Although I am a hiker myself, and I travel many kilometers in the mountains, what I see today is impossible. In recent years, tourism has been developing at a rapid pace, people come to it without an understanding of outdoor ethics, they do not understand the principle of «don’t leave traces behind». People are camping, chopping juniper (and this is in the 21st century, when you can buy a gas burner), using disposable napkins that don’t decompose», – he says.

He sees the solution to the problem of jeeping in natural areas in marking the boundaries of the nature reserve fund, including marking them on OpenStreetMaps, GoogleMaps and all available cartographic resources.

«Everything can be banned as they like in our state, or it can be put in order. In addition, neither I nor my colleagues are against paid entrance to such routes. Instead, these funds would also be spent on arranging infrastructure, tent camps, and deploying roads in areas where they could collapse, erode, and damage the ecosystem by destroying the soil. Also as an idea – to introduce certification of vehicles that can travel on similar roads. Then, in case of violation, the owner will receive a fine», – Rostyslav Antymys shares.

What do the authorities say?

Oksana Viityk, Deputy Director of the Department of Ecology and Natural Resources in the Lviv Regional State Administration, proposes to put up barriers and install restrictive signs to prevent uncontrolled entry into the territory of the nature reserve fund. 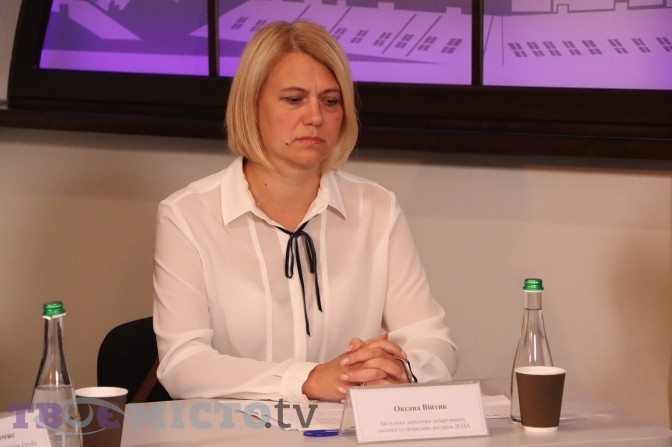 «People in our post-Soviet space think that everything is allowed here. There are clear rules abroad and people know about the restrictions. For example, in Poland there are restrictions on visiting mountain valleys and we should also have such restrictions. In addition, we have another problem. These are uncontrolled races on the territory of the nature reserve fund. To do this, we need to install barriers and restrictive signs, if we do not have enough security services», – said Oksana Viityk.

The official believes that people’s consciousness won’t be corrected in a year or five. This takes several decades. Therefore, preventive measures and control are needed.

«I am against entering parks, there are public roads for this. By the way, you will not climb Mount Kilimanjaro without a local guide. People pay money and go to the mountains. We have allowed such spontaneous and uncontrolled tourism, so many problems are being raised now», – says Oksana Viityk.

Vasyl Stryshchak, Deputy Head of the State Ecological Inspection, believes that penalties against violators for damage to nature, in particular not only in the protected area, will help solve the problem. 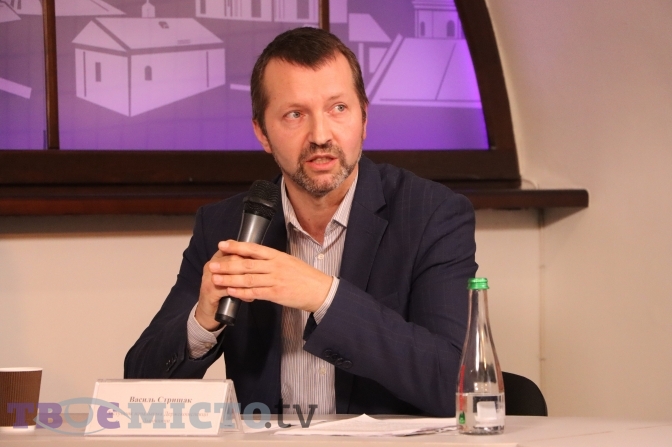 «Not everything is well written in the law to bring order to jeeping. And since there are still fewer conscious people than unconscious ones, certain penalties must be applied to the unconscious. But not everything is settled now. There is a separate method of calculating losses in the Natural Preserving Fund, but when there is an area that is also unique, but not protected, there are no tariffs for accrual of losses. We also have problems with the damage caused by timber vehicles passing in unspecified places. And in such cases, the methods do not work and they do not exist», Vasyl Stryshchak says.

In his opinion, there is great hope for the newly created OTH (a type of reformed administrative units). Because now, they are in charge of all resources in their territory.

The official hopes that the deputies of the Verkhovna Rada will pass a law on environmental control in the second reading, which will be more effective tools for monitoring violations in the mountains and reserves.

«I am in favor of preventive measures, but abroad there are significant fines for violations. Nobody says that there is a minimum fine of $200, and we have a little more than a thousand UAH. There must be a proportion between outreach and penalties. We hope that the law on environmental control will be adopted in the second reading, which will be more effective control tools. And the screws should be graduated – a much higher fine for repetition and drastic measures, such as even the confiscation of a vehicle», – he concluded.