Six Questions You Should Ask. Airbnb’s expert on how to make decisions 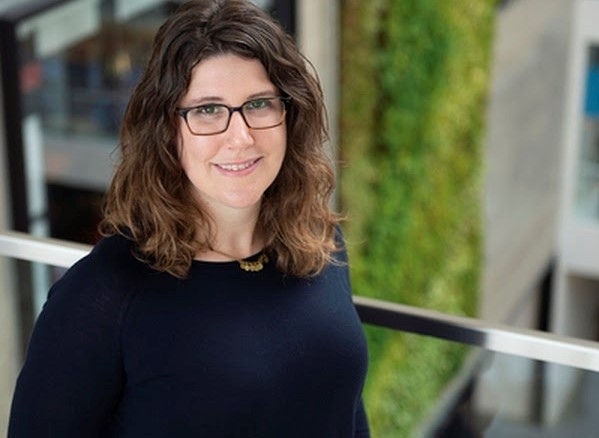 Thursday, October 7 – Colleen Graneto, Airbnb’s product leader, coach, instructor and advisor, spoke to Lviv’s IT Arena tech event about making effective decisions on the product you want to sell. Having 10+ years of experience in business to business (B2B) and business-to-consumer (B2C) software, as well as consumer products, she indicated the techniques that worked best for her and that she now successfully implements in the popular housing company.

According to Graneto, before making any decision, you should consider three questions: What’s going on? What’s the context? What’s at stake?

«Make sure that you framed the decision,» she said, in her panel talk. «So that you actually understand what’s being decided.»

Then, she proposed that your idea be weighed by these six aspects:

However, the speaker noted, «we don’t wanna get stuck in that analysis paralysis, constantly trying to gather more information, and not moving forward.»

To avoid analysis paralysis, Colleen proposesthe 70-40 rule, credited to the former head of US military forces Colin Powell.According to the rule, you should know 40 to 70 percent of the information required for making the decision. If you know less, you «take a gamble» and risk making mistakes, while gathering more than 70 percent of the information would likely last too long, which is an opportunity cost.

After conducting it, the final step to assess the decision is by weighing it according to the criteria of urgency and risk.

Colleen illustrated this approach with several examples from her current company. For instance, changing the design of Airbnb’s listing page would be non-urgent and bring low risk, as this action is reversible and doesn’t impact users significantly.

At the same time, launching «Online experiences» in response to Covid was of high urgency and low risk, as the pandemic created time pressure while waiting meant an even bigger risk.

Finally, the idea of dividing the Airbnb app into two separate apps – one for hosts, and one for guests – is quite risky and not urgent at all, as nothing points to such a need.

Summing up, Colleen emphasises analysing your past. In her personal experience, the expert wishes she would have experimented more and learned a lot faster.

«We have a magic eightball in the past, not in the future» – Use the opportunity to retrospectively, consider what you could have done differently, and then you’d have valuable information to implement in your future decisions.

From October 7-9 Lviv hosts the city’s 8th annual IT Arena tech event. This year, it’s hybrid with virtual panels and in-person meetups and parties. During the first two days, October 7-8, there will be exclusively online lectures within four categories: Business, Product, Technology and Startup.

On Friday 8 October, the exclusive meeting with Maye Musk a nutritionist, model, and mother of SpaceX and Tesla founder Elon Musk will be streamed on the IT Arena web platform.

The last day of the conference, Saturday 9 October, is devoted to in-person networking, so the meetups will take place offline in fourteen locations in the city centre, such as Mad’s Bar House and the Leopolis Hotel. The price of the tickets starts from $59 for a Standard, $199 for Senior, and $399 for Executive.

Note, that only the last two provide participants with access to the Afterparty taking place in Venue MAD bar’s house on Friday, 8 pm. Additionally, there is a special networking session for executive ticket holders at the same place and time.

You can buy tickets and learn more at the IT Arena website.

Follow Lviv Now’s Wealth and Democracy page for reports on the panels and discussions. Topics include «Think Quick: Architecture for Real Decision-Making,» «User Obsession,» «Transforming Your Business with Machine Learning,» and «Ten Things We Learned from Running Production Infrastructure at Google.»