A Club of Cyclists, Exploring Galician Highways and Carpathian Trails

14:12 03 August 2021
Tweet
623 0
In Lviv, you can join a club of mountain-and-road cyclists who train rookies and lead all levels of riders on excursions around the region of Ukrainian Galicia. By Joe Lindsley. 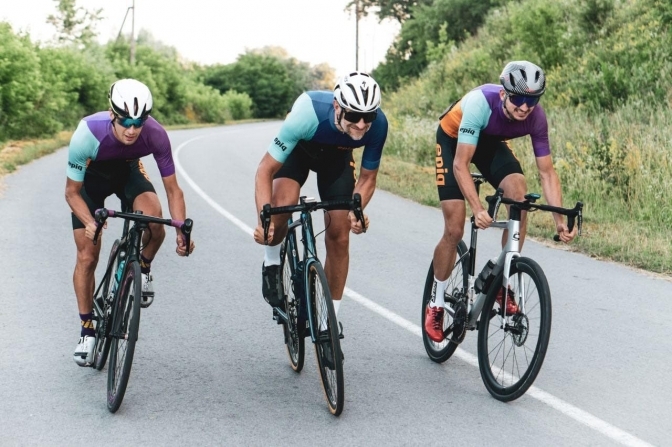 In the café Fatset (Фацет), a few friends sat drinking beers. They were celebrating after completing a running race. Hearing my English, they invited me to join a weekly training run in Stryiskyi park. One of them, Serhii Piasetskyi, also runs a cycling club called Epiq, leading all levels of cyclists on the roads and in the mountains of western Ukraine.

A Lviv native, Serhii started riding bicycles at age 7; at age 12 he got his first mountain bike, a GT Avalanche, made by a pioneering firm that began in California in the 1970s «At first, it was more about having fun and riding on local trails,» but then he began to join competitions.

Now, some 14 years later, Serhii is an ambassador of Cannondale bikes in Ukraine and is co-founder with Mykola Smancerov and Andy Shaposhnikov of the «Epiq sports club,» which offers training and organizes excursions for all levels of cyclists (see end of story for details on how to join). 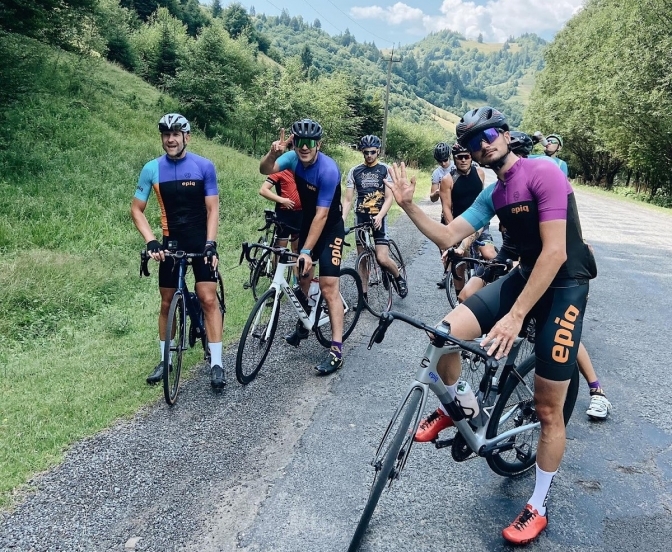 «The main idea was to create a community of people who love cycling and other cyclic sports,» Serhii says. «Our mission is helping people to understand the beauty of cycling and start to enjoy it in all its forms, as well as increase the overall sports culture in the city and in Ukraine.»

Epiq works with both «newbies» as well as semi-pros.

«There is room and work for everyone,» Serhii says. «We pay attention not only to the physical form of our people, but we also teach the technical skills of bike riding, so [people] can react in safer ways when a critical situation occurs. Basically, the safety is one of our top priorities during training and beyond.»

During road-cycling training, Epiq provides a safety following car for the protection of riders on Ukrainian highways. 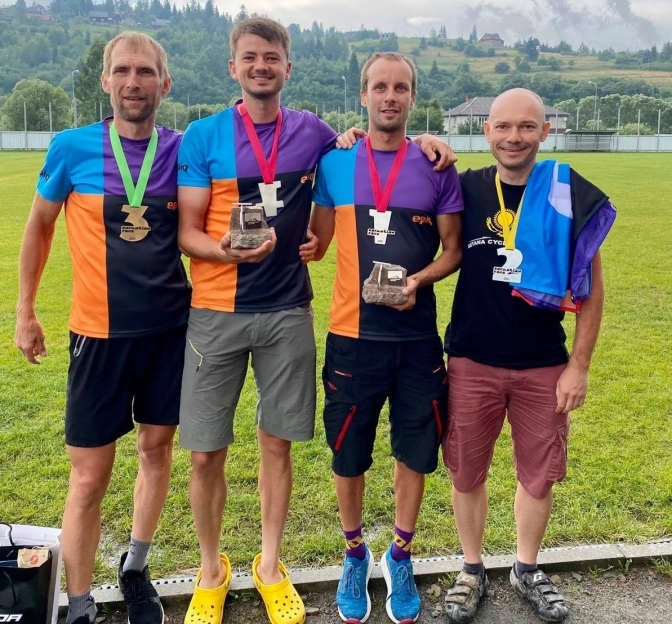 Epiq members after a race. Serhii Piasetskyi is second from left

Serhii’s favorite spots to ride within Ukraine are within the Carpathian mountains. But he says there are lots of «good roads and places around Lviv,» as well. «Our city can be a great center of cycling.»

Since the beginning of 2021, Epiq has had two road-cycling camps and two mountain-biking camps with hotel home bases in Uzhgorod, Slavske, and Pylypets. Lodging, food, training, and camaraderie are included. They organized in July a roving Trans Carpathian Tour, with a bus transporting riders and non-riding friends between overnight stops. They plan at least two more this year including one this month in the mountainous Ivano-Frankivsk region.

«Our camps are about fun and enjoying the moments. However, all participants receive a big boost to their functional and technical capacities.» 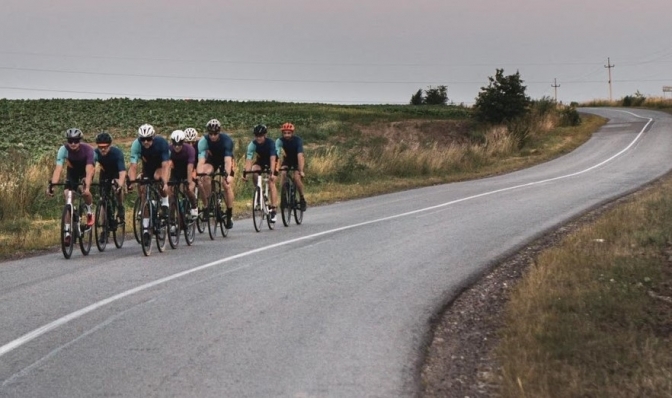 Serhii became Cannondale’s ambassador in Ukraine last year and he works with their distributor, Veloplaneta.com.ua. Off road he rides a full-suspension Cannondale Scalpel, and on the road he uses Cannondale Super Six EVO, which the company calls its «fastest lightweight bike we’ve ever made.».

He also works as a «fit specialist» and coach.

«Hopefully, you may have heard about bike fitting,» he says, «when a bicycle is set for a rider individually, so a person gets the most comfort and performance while riding the bicycle. We also conduct functional testing VO2 max with gas analyzer, so everyone can know their zones for right training. Now it is my so-called primary job.»

VO2 max is the maximum rate by which someone costumes oxygen while increasing intensity.

He dreams of riding in the Canary islands.

«Hopefully, I will visit them soon and share my feelings about that experience.»

More info: Jazz and biking; how to join the club

Serhii grew up riding mountain bikes with fellow Leopolitan Nicko Shevelov, who before beginning a career as a jazz drummer in New York, was intent on being a professional mountain biker. You can read here from Lviv Now how he thinks «jazz is like mountain biking: everything is a surprise.» 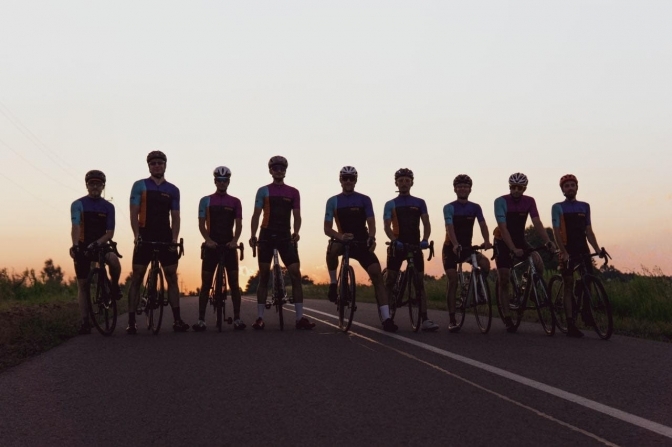 An example of an Epiq camp: From August 21-24, Epiq will host a camp in the Frankivsk region of the Carpathians, with lodging, breakfast, and training included for 2600 uah (about $100 usd)--with time for sightseeing and enjoying local restaurants. They will cycle to the scenic mountain city of Yaremche, the historical capital of the Hutsul people. 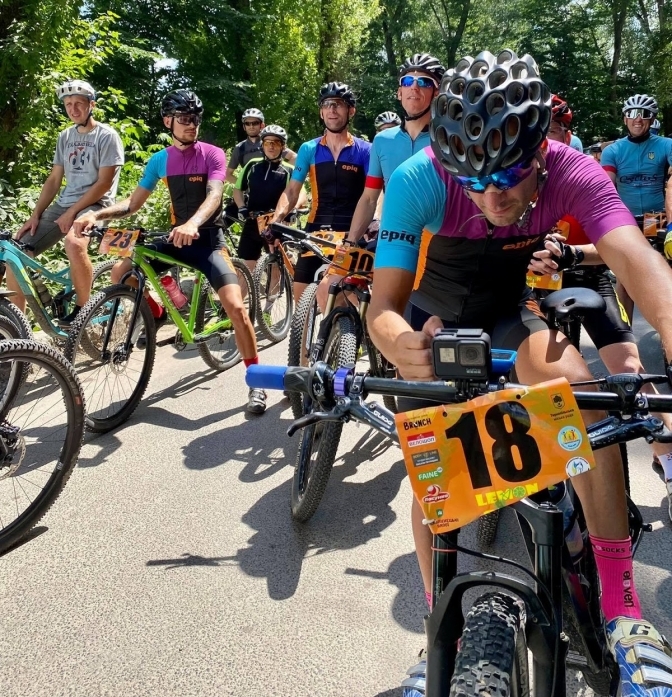 You can learn more about Epiq and its camps via their Facebook page or their Telegram channel («happy morning ride Lviv»). A one-time training session costs 150-200 uah; or for a monthly subscription of 800 uah, you can have at least eigiht trainings on weekdays with some long rides on the weekends.