14:16 23 November 2021
Tweet
277 0
The airline became the first carrier in Ukraine to fly domestic aircraft, produced by the legendary «Antonov» company, based in Kyiv. 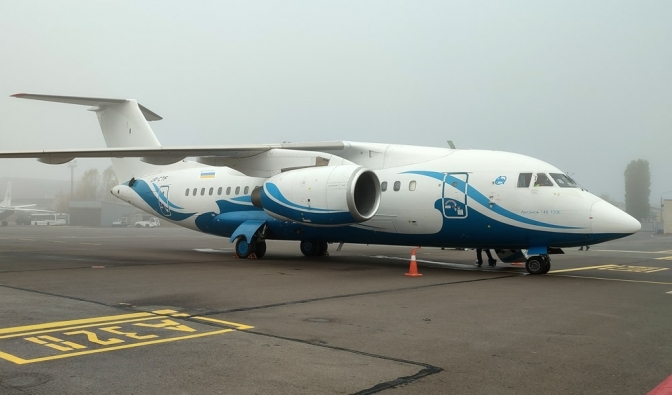 On 22 November, the new Ukrainian airline Air Ocean Airlines made its first flight from Kyiv to Lviv. The plane landed near the old terminal of King Danylo Halytskyi Lviv International Airport. The ticket price on this flight starts from UAH 830 (about US$30) one way.

The airline has received permission for regular flights from Lviv to Dnipro and Kharkiv, as well as from Kyiv to Lviv, Chernivtsi, Zaporizhia – and Amman, Jordan. In particular, domestic flights were granted from 10 November for an indefinite period with the definition of an unlimited frequency of flights, and to Amman – from November 21 also for an unlimited period. 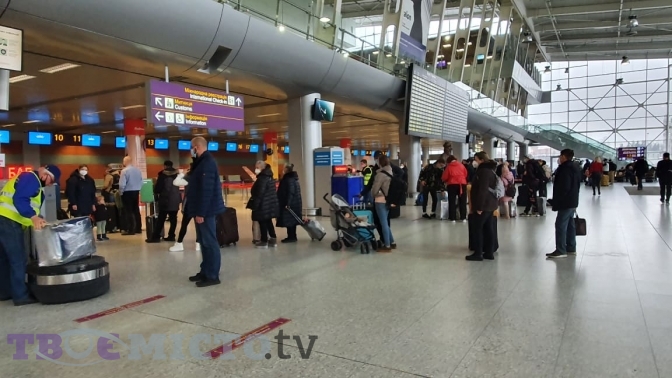 [Read more: Arriving in Lviv? Here’s how to get to the city centre–and what you need to know about tips, language, and transport]

«We chose the [Ukrainian-made plane] An-148 for a number of reasons. We believe that this aircraft meets all international requirements. It can fly to almost all airports. The main thing for a passenger is to have regularity and confidence that, firstly, he will come to the airport, and secondly, he will be where he needs to be. This plane can provide that,» – Mykola Melnichenko, director of Air Ocean Airlines reported. 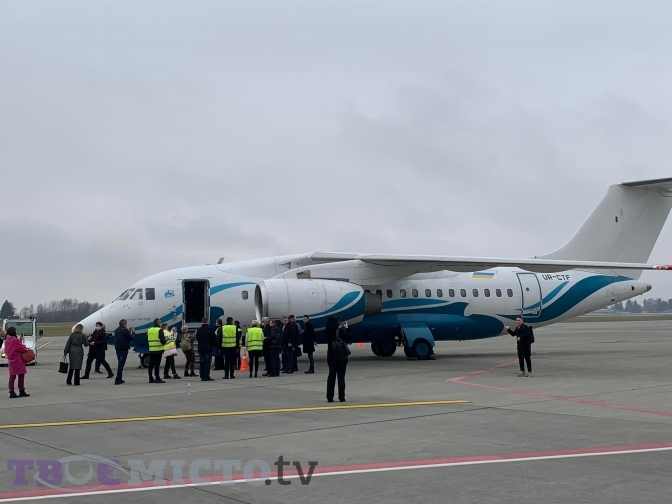 He adds that the advantage of the An-148 aircraft, developed by the «Antonov» plant, is its capacity of 75 seats as for a regular carrier. Also, unlike the Boeing 737-800, this aircraft can perform in short runways, the engines are located quite high and it ensures work without breakdowns. In addition, all aircraft maintenance is performed in Ukraine.

Antonov, owned by the Ukrainian state, also makes the world’s largest aircraft, the An-225 Mriya, or «Dream,» used for strategic airlift cargo flights.

The airline currently has two aircraft taken in a lease. To date, «Antonov» has completely replaced all components in the aircraft that were previously supplied from Russia. Many Ukrainian companies are involved in this process. These are the An-188 and An-148 models.

In addition, a power option is available for passengers on board of the aircraft.

Next year, the airline plans to open new regional flights from Lviv. In particular, to Odessa and Kherson. Lviv Airport, according to the airline’s management, is a strategic airport for the company. If there is a greater demand, the number of aircraft is planned to increase.

For more stories on flights to and from Lviv, please click here.

Air Ocean Airlines is a Ukrainian airline founded on September 16, 2020. It received a license to carry passengers by air on October 27, 2021. The main activity of the airline is to perform regular and charter flights on Ukrainian-made aircraft AN-148 and AN-158 (supporting the initiative of President of Ukraine Volodymyr Zelensky, the airline became the first carrier to fly domestic aircraft).

Currently, the airline’s fleet consists of two An-148-100E aircraft, which previously flew in the fleet of the Russian airline ANGARA (the remnants of its livery remain on the aircraft until now). By the end of 2021, another aircraft should be delivered, and in 2022 – three more aircraft. In total, the company plans to operate up to 10 aircraft of this type. The full cycle of maintenance of An-148 will be performed within Ukraine.

According to YouControl, the founder of Air Ocean Airlines is Roman Trokhimchuk. He also owns RTS Plus, a company that manufactures trucks and structures for it.