09:56 09 December 2021
Tweet
242 0
An underpass is filled with an artistic reflection on Lviv native’s cult book about extraterrestrials. 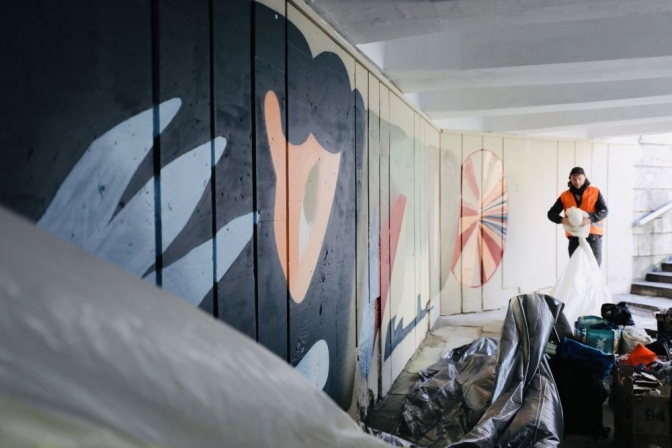 Five artists from Ukraine turned an underground passage in Lviv at the intersection of Stryiska and Volodymyra Velykoho streets into a portal of object abstractions inspired by Stanislav Lem’s science fiction book «Solaris.» This year, the literary world celebrates the 100th birthday of the Polish author, who was born and spent his youth in Lviv. This was reported by the press service of the Lviv City Council.

«The underpass will become an art object and will be filled with an artistic reflection on Lem’s cult book. This «tunnel» from LAZ [Lviv bus plant] to «Free Ukraine» [publishing house «Вільна Україна», located on the intersection], despite the presence of land crossings, is still preferred by a huge number of pedestrians. I hope that now, this part of their journey will be filled with interesting observations and readings of works by artists from all over the country,» – project coordinator Liana Mytsko said. 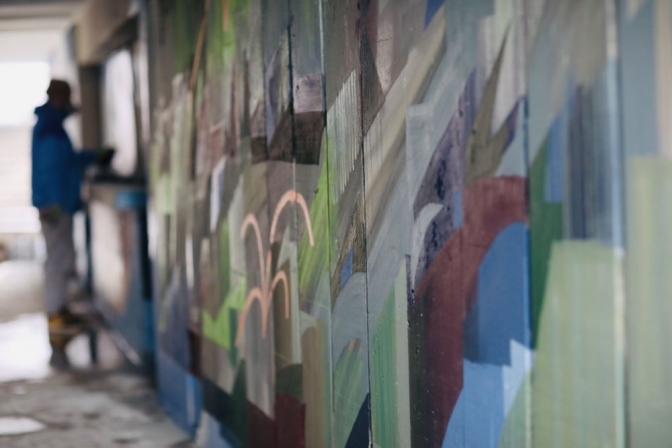 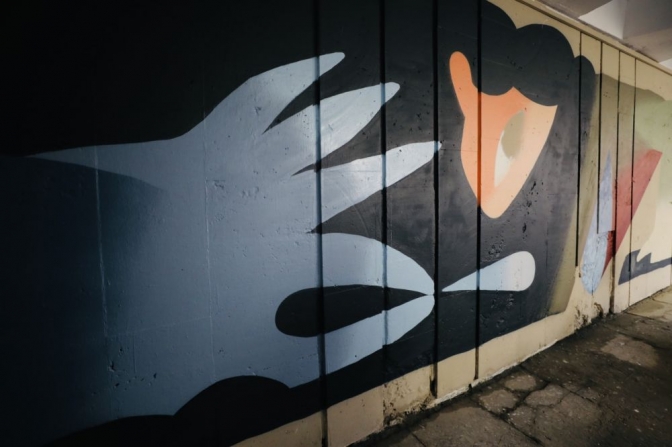 The main problem of Stanislav Lem’s «Solaris», according to the artistic director of the project Mykyta Viska, is the inability to establish contact with extraterrestrial life, and this attempt demonstrates our own essence to ourselves.

The project’s idea for the design of the underpass near the manhole is to create similar contact conditions for a pedestrian within the space of the underpass. Here, the «unearthly mind» are represented by abstract drawings, which can also reveal a wide range of feelings and thoughts, thereby pushing a person to inner dialogue.

The underpass, according to the authors, is an isolated transit area in the urban landscape, it is a kind of vacuum in which the viewer resembles the hero of Lem’s novels and is in a neutral space for «self-discovery».

Let us recall that this year, the Lviv city council held several events to celebrate the 100th anniversary of the outstanding Lviv resident, world-famous science fiction writer Stanislav Lem. In particular, a memorial plaque was unveiled to him on the facade of the house where the Lem family lived. 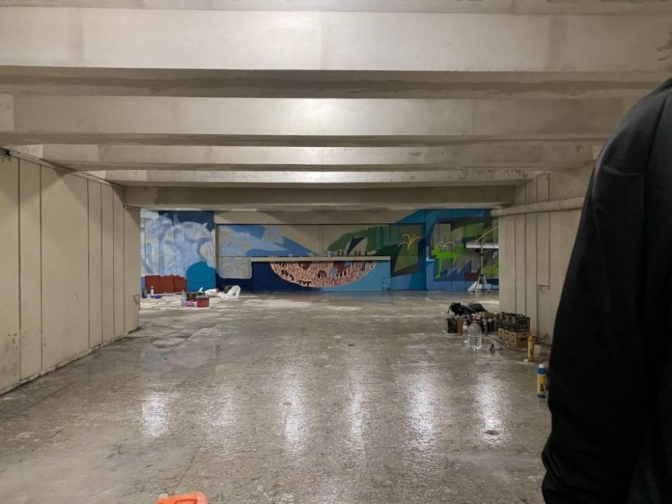 The writer was born in Lviv, attended a local gymnasium and university, wrote his first novel and spent the first third of his life here, describing this in his autobiographical book «High Castle«, of which Massachusetts Institute of Technology Press released an English version in 2020. The title refers to the Vysokyi Zamok, the high hill overlooking central Lviv upon which a castle used to stand and which now is a popular spot from which to view the city. Read more about Stanislav Lem and Lviv.