14:08 26 November 2021
Tweet
111 0
The building’s residents are raising money to restore the gate and painting, which reveals a time of harmony among Jews, Poles, and Ukranians. Residents of the house №10 on Kotlyarska Street raised 50% of the funds for the restoration of a unique gate with an interior painting. The cost of the reconstruction is 60 thousand UAH ($2300), the other half is being collected by the cafe-gallery «Shtuka«, which is located on the same street next to the house. This was reported to Lviv Now by Yulia Korytska-Holub, the event coordinator of the cafe.

Read also: Scaffolding removal reveals one of the city’s most stunning facades

«Kotlyarska Street has the most beautiful gate in [the building] №10. Although the house dates from the end of the 19th century, it still retains many native details – a few ornaments of Mettlach tiles, etched windows with bouquets in the cowboy door, colored glasses in the inner chamber.

«An interior painting with a panorama of Jerusalem shows its belonging to the former Krakow district [the administrative unit comprising Western part of Lviv, when the city belonged to the Polish Republic during the interwar period], which was predominantly Jewish. Its origin has two versions: either one of the residents wanted to preserve the memory of the trip, or there was a small synagogue here», – Yulia Korytska-Holub says. 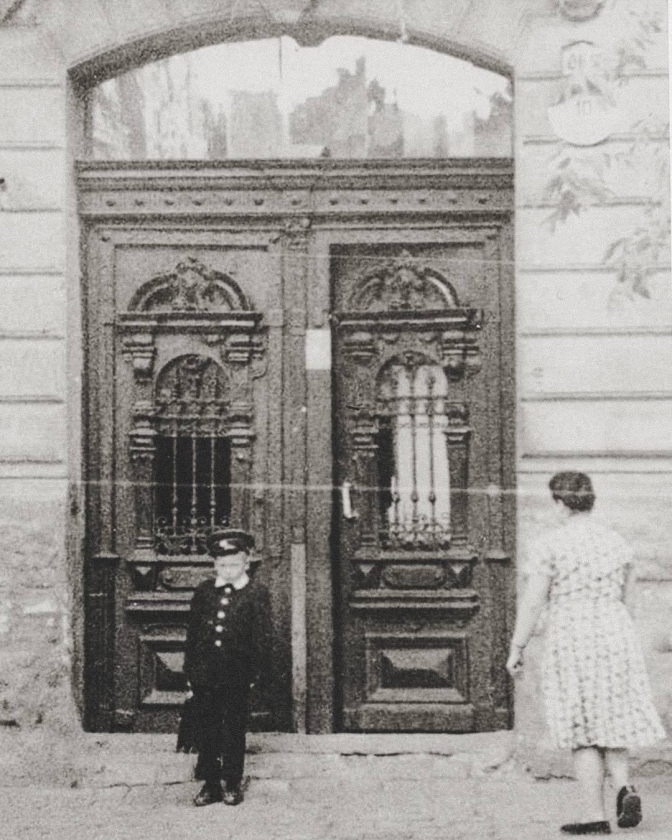 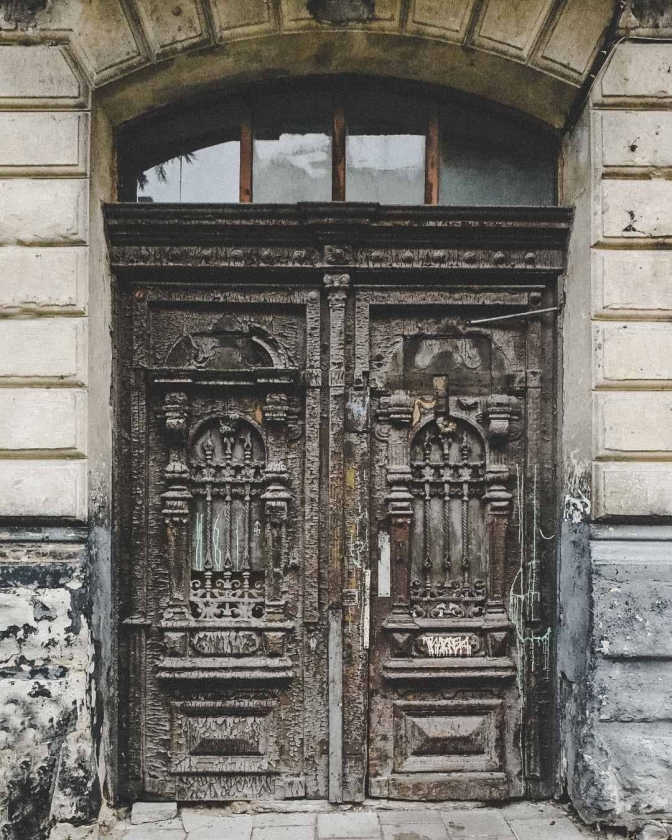 To gather the other part of the money, the cafe-gallery is organising an exhibition-auction, which will last until the end of November. Half of the proceeds from the auction will go to the restoration of the gate. The event is attended by 22 artists with 40 works painted during the open air in September-October 2021. All lots can be viewed here.

Read also: A pinch of salt, a drop of vanilla, and a little cinnamon. How Lviv residents make coffee

Cafe «Shtuka», located on the street Kotliarska, 8, is the place that tries to restore the atmosphere of Lviv in the Austro-Hungarian times of the late 19th to early 20th centuries. Ancient inscriptions in different languages on its walls and cellar, recently renovated, show the tolerant coexistence of Jews, Poles, and Ukrainians in the multicultural Central-European empire. The menu includes dozens of types of traditional and popular cofee, tea, local delicatesses, and breakfasts.