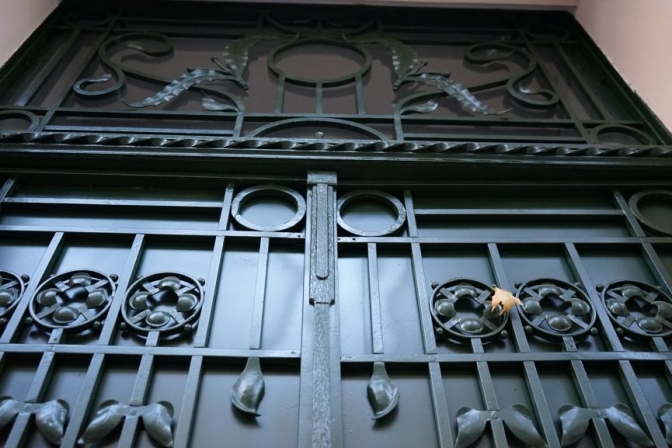 In Lviv, on Bohdana Lepkoho Street, municipal enterprise «Heritage Bureau« restored the entrance gate of the house where science fiction writer Stanislav Lem lived. This was reported by the enterprise’s representative.

«First, we cleaned the gate of excess layers. Then we worked in several stages: set a new threshold, replaced part of the rotten door frame and glass, cleared the plaster that covered part of the transom, repaired the canvases,» – restorer Yaroslav Pashchak explains. 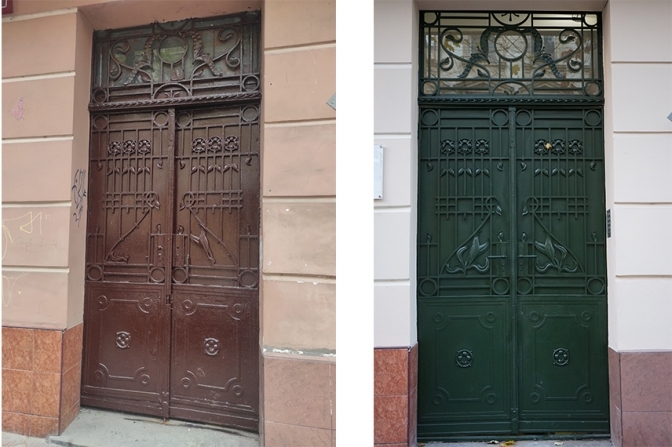 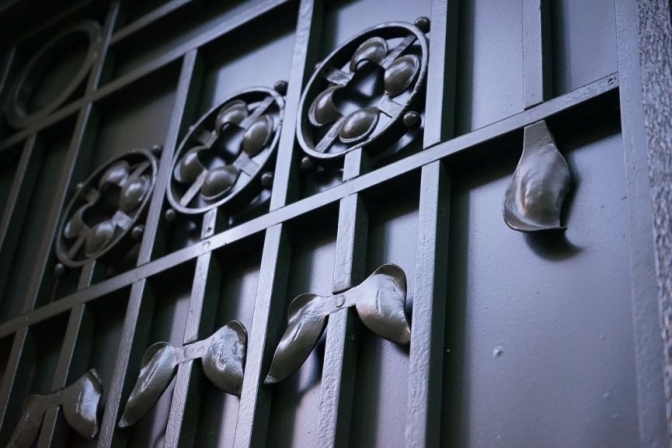 Additionally, the masters found an authentic dark green color of the historic gate and repainted it in this shade.

In total, the masters replaced about 35% of the metal, which was destroyed by corrosion. The work on this project continued for a month and a half.

The restoration cost UAH 77,998. In particular, the house residents contributed UAH 23,400 to this sum.

Let us remind you that this year, the city plans to restore at least 40 gates of houses in a historical part of the city. When restoring gates, 70% of the cost of work is paid from the city budget, 30% – paid by residents.

The works of Stanislaw Lem were translated into more than two hundred languages and published in the form of some 35 million books and some were adapted into film, including Solaris.

The writer was born in Lviv, attended a local gymnasium and university, wrote his first novel and spent the first third of his life here, describing this in his autobiographical book «High Castle«, of which Massachusetts Institute of Technology Press released an English version in 2020. The title refers to the Vysokyi Zamok, the high hill overlooking central Lviv upon which a castle used to stand and which now is a popular spot from which to view the city. Read more about Stanislav Lem and Lviv.